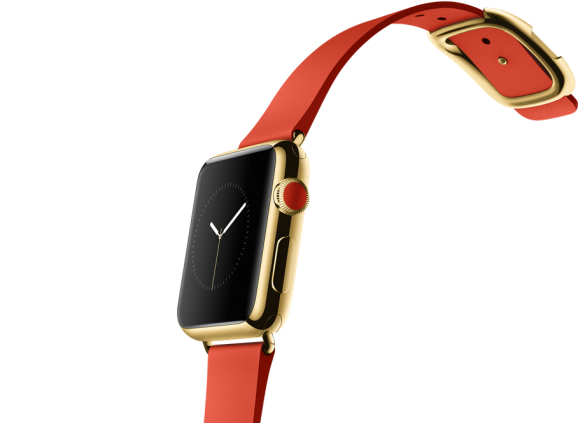 Apple unveiled its third major update to watchOS, the software that powers the Apple Watch, today on stage during the annual WWDC developer conference.

With the new version there will be some common components of Apple’s other mobile operating systems — the Dock from OS X and the Control Center from iOS.

Plus, when you open up apps, they will show their data much faster. Apple vice president of technology Kevin Lynch showed one app taking around seven seconds to open on watchOS 2, and with watchOS 3 it showed up basically instantly — less than one second.

Instead of responding to text messages with a few possible replies, the Watch will soon come with the Scribble feature, which will let users draw on the display of the watch to write, letter by letter, sort of like the old Palm PDA, but you can use your own handwriting — you don’t need to follow a specific style for each letter as you did on that old device.

And there’s a new SOS feature that will automatically call 911 and alert emergency contacts when you hold down the side button. The feature uses cellular networking or Wi-Fi through a paired iPhone.

News of this update arrives more than a year after Apple announced watchOS 2, which introduced support for native apps, enabling the smartwatch to operate somewhat independently from an iPhone.

Cosmetic updates will also be coming. There will be activity faces, Minnie Mouse faces, and an easy way to switch through the faces that you like most.

Above: Minnie watch faces coming in Apple’s watchOS 3 for the Apple Watch.

There’s also an activity-sharing function that will let you compare your fitness activity with someone else. There are smart replies you can use to respond to someone else’s activity.

In the area of accessibility, there will be a setting for wheelchair users that will tell people to roll instead of walk, and it will suggest exercises that are more relevant to people in wheelchairs.

A new app called Breathe will guide people through deep breathing sessions. Afterward the watch will tell you how long you breathed deeply, and it will display your heart rate.

For developers, there will be new integrations with CloudKit, SceneKit, and SpriteKit.

The beta of the new OS is available to developers today. The free upgrade will be rolling out in the fall.