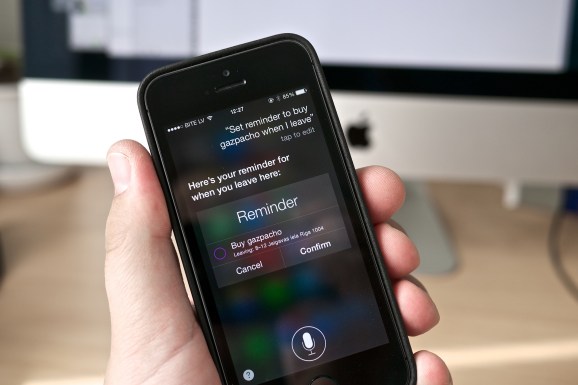 You’ll be able to send text messages, and summon up certain files that you’re looking for, among other things, said Apple’s senior vice president of software engineering, Craig Federighi. You can ask Siri how much free space is remaining on your Mac, tell it to play music, add calendar events, adjust System Preferences, ask for the correct spelling of a word, or even check the time in a specific time zone. The feature will even work across devices, specifically on iOS.

Here are a few videos that show what Siri will look like on macOS Sierra:

This is a long time coming. Apple bought Siri in 2010 and brought it to the iPhone in 2011. Subsequently it came to the iPad and the Apple TV. But all this time it hasn’t been available on the Apple operating system that people used before any of those devices.

Voice input has been part of OS X in various ways before. OS X Mavericks had Speakable Items, and Yosemite had Dictation Commands. But Siri is a known entity for hundreds of millions of people around the world, and people are used to it. They have shared data with it, mainly on iOS devices. Now it’s finally taking its rightful place on the platform where it arguably should have appeared first.

Siri competes with Google Now/the Google Assistant and Microsoft’s Cortana. Those assistants have jumped across platforms, and now Siri is becoming more visible, too.

The beta release of the macOS Sierra feature will be available in July. It will be rolling out to everyone in the fall.