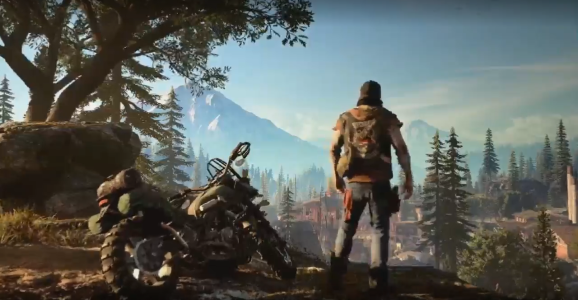 Bend Studio unveiled its first PlayStation 4 game, Days Gone, at Sony’s press briefing tonight ahead of the Electronic Entertainment Expo. The trailer looked a lot like Naughty Dog’s The Last of Us because of the eerily empty towns and run-down vehicles. But the big difference with Days Gone is that you play as a self-described mercenary with a still-functioning motorcycle.

In a brief trailer, Bend (previously known for creating the Syphon Filter series) showed a biker who was reminiscing about his past life. He talked about how people “lost their minds” after the “world went dark” due to a mysterious event. For the unnamed hero, the “broken road” is all that he has left.

You can watch the teaser below.

At the end of the one-hour press briefing, Sony Interactive Entertainment president Shawn Layden introduced a second gameplay-filled clip for Days Gone. We learned that the lone bounty hunter is living in a world filled with supernatural creatures that look and behave like the fast zombies from the Brad Pitt movie World War Z. He tried to fend them off in an abandoned building, but the horde of monsters kept chasing him.

The video ends on a cliffhanger: The biker is stuck on top of a silo as hundreds of zombies surround him.