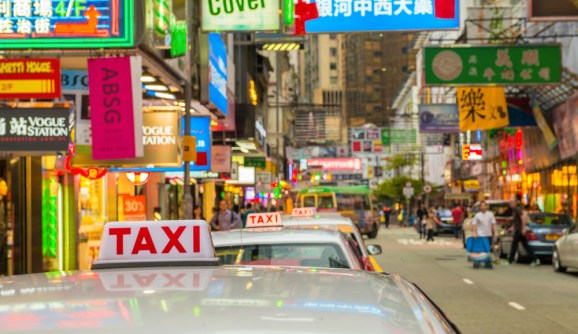 Didi Chuxing, Uber’s main rival in China, has received a $600 million investment from state-owned China Life Insurance, one of Asia’s biggest insurance companies. The fresh cash influx constitutes an equity investment of $300 million and a “long-term” debt investment of $305 million.

Didi Chuxing came to be in early 2015 after a merger between local rivals Didi Dache and Kuaidi Dache, two companies that had been backed by Tencent and Alibaba, respectively. As with Uber, it offers a range of services through its smartphone app, including taxis, premium cars, and carpooling.

Today’s funding news comes exactly a month after Apple announced a $1 billion investment in the Beijing-based company, as Apple CEO Tim Cook went on a major charm offensive across the region. It also comes at a time when Uber continues to ramp up its own arsenal of funding, recently nabbing $3.5 billion from Saudi Arabia’s Public Investment Fund.

With 300 million users across China, Didi Chuxing is thought to be leading Uber by a considerable distance in the country, though Uber’s CEO recently revealed that his company, which is a clear market leader in many other countries, is using its profits from elsewhere to support “sustainable” spending in China.

While Uber has sufficient financial clout and big-name backers to take a serious stab at the Chinese market, Didi has home-grown status and an army of existing backers — including Tencent, Alibaba, China Investment Corporation, and China Merchants Bank — advantages that put it in a strong position to continue its dominance in the region.