As humans, sometimes we say and do things that are in direct contradiction with one another. The important thing to do is to learn from your experiences — and I think Microsoft is doing exactly that.

In February 2013, Sony announced the PlayStation 4 without actually showing the system. That didn’t go without a comment from Larry “Major Nelson” Hryb, one of the faces of Xbox at Microsoft. Three years later, Microsoft used a similar strategy for revealing its Project Scorpio update to the Xbox One — and a few people pointed that out on Twitter. Once again, Hryb wasn’t afraid to make a comment.

“It worked for them,” he wrote on Twitter, referring to Sony and PlayStation 4. 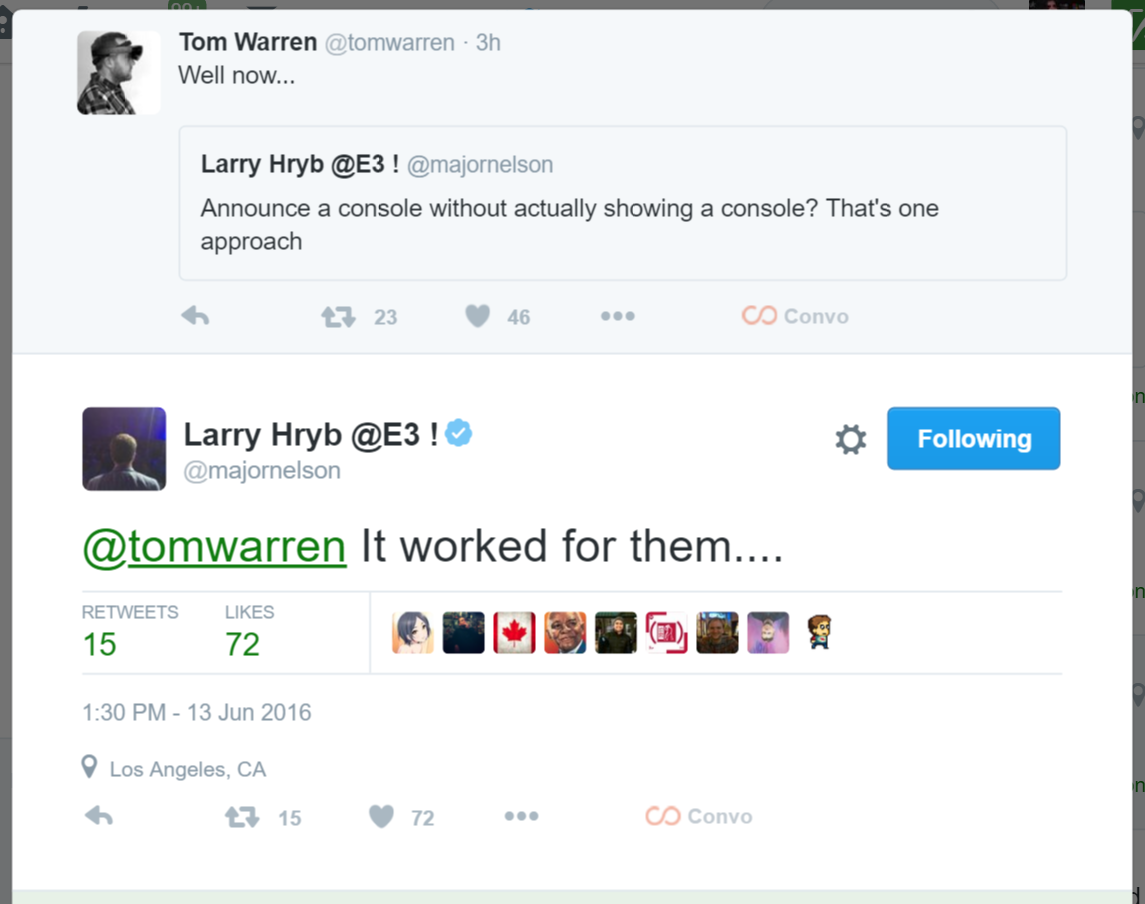 Above: He’s not wrong.

Hryb has a point. Sony didn’t show the PlayStation 4 in 2013, but that did not end up hurting its sales. PS4 has outsold Xbox One for all but four months since November 2013. Microsoft’s Xbox One isn’t failing — the Xbox One is selling faster than the Xbox 360 — but it is clearly uncomfortable with its position as a distant second in the console market.

The company’s new strategy to take on Sony includes the Scorpio, which is a super-powerful version of the Xbox One built for 4K games and virtual reality. It is coming holiday of next year, which explains why Microsoft didn’t have a physical console to show off.