The Electronic Entertainment Expo in Los Angeles is one of the biggest gaming events of the year, and it features so many games that it can become exhausting for two (maybe a little out of shape) journalists to cover. But among the dozens of demos, movies, and interviews, some games stick in our memories. Now that the first official day of E3 is over, GamesBeat reporter Jeff Grubb and community manager Mike Minotti talk about their favorites. 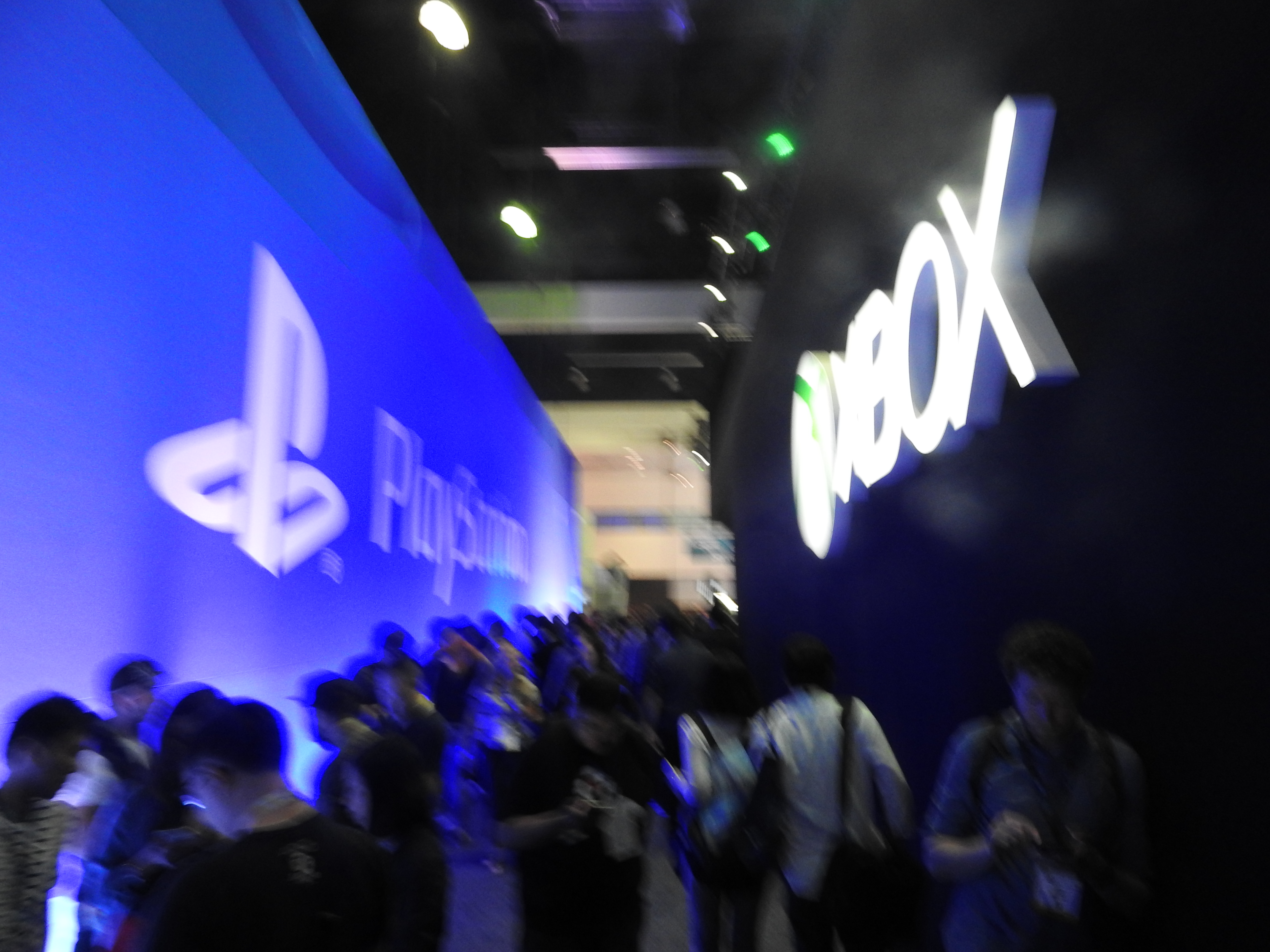 Mike Minotti, community manager: I know it feels like E3 has already been going on for days, but this was the first time we got to explore the show floor a bit and play a lot of games. Did anything stand out for you today?

Jeffrey Grubb, GamesBeat reporter: For E3, I often have to split games into what I played and what I saw. If I’m just talking about things I saw (and cheat and include stuff from the conferences on Sunday and Monday), the thing that stands out the most for me is the new God of War, which revives Sony’s mythology-based action series. I had zero expectations for that game — hell, I think I was actually dreading it. But somehow Sony has figured out how to make me look at Kratos and think something other than “I don’t care about this.”

But I haven’t played God of War, and I want to stick to something that I have really put time in with, is the pirate-themed Sea of Thieves. I played it briefly again today after trying it on Monday night as well, and I think Microsoft has something really different here with its cooperative life on the high seas. Working together to get a ship to work and to take out another vessel full of real players is exciting. No E3 game has given me a more intense moment than waiting behind a cannon alongside several teammates as we’re about to fire a broadside on an enemy vessel.

I’m hoping this isn’t just a great conference demo — right now, it’s what I’m most excited about at E3. 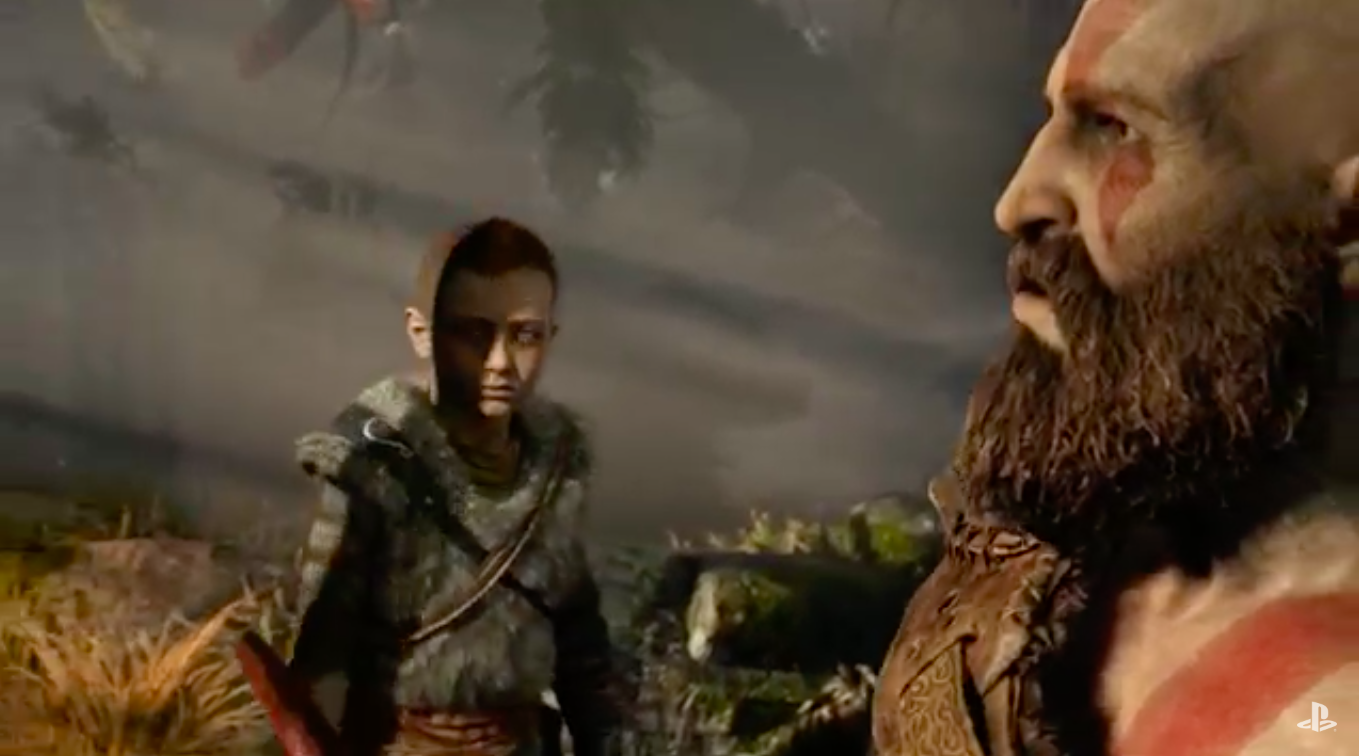 Above: God of War.

Mike: I haven’t played God of War, either, but it has impressed me. I had chance to see an extended version of the demo Sony showed during its event, and I also got to talk to Cory Barlog, the game’s creative director that also worked on the Greek-based games in the series, on the show floor. Both things just made me more excited about the new, more thoughtful direction that series is going in.

I also was surprised by Sea of Thieves. Despite its cartoon-like look, it takes the whole pirate thing seriously. It was cool to work together and do seemingly mundane things like raise an anchor or turn a sail.

Yet the open-world Gravity Rush 2 was my favorite thing I played today. I was huge fan of the original on the Vita, and this PlayStation 4 sequel has the same gravity-bending stuff I love. It just looks a lot more beautiful. I wish I could just turn its steampunk/Mediterranean hybrid world into a blanket and wrap myself around it. I also love how you now switch between different forms to use different kinds of attacks. It adds a nice layer to the combat. 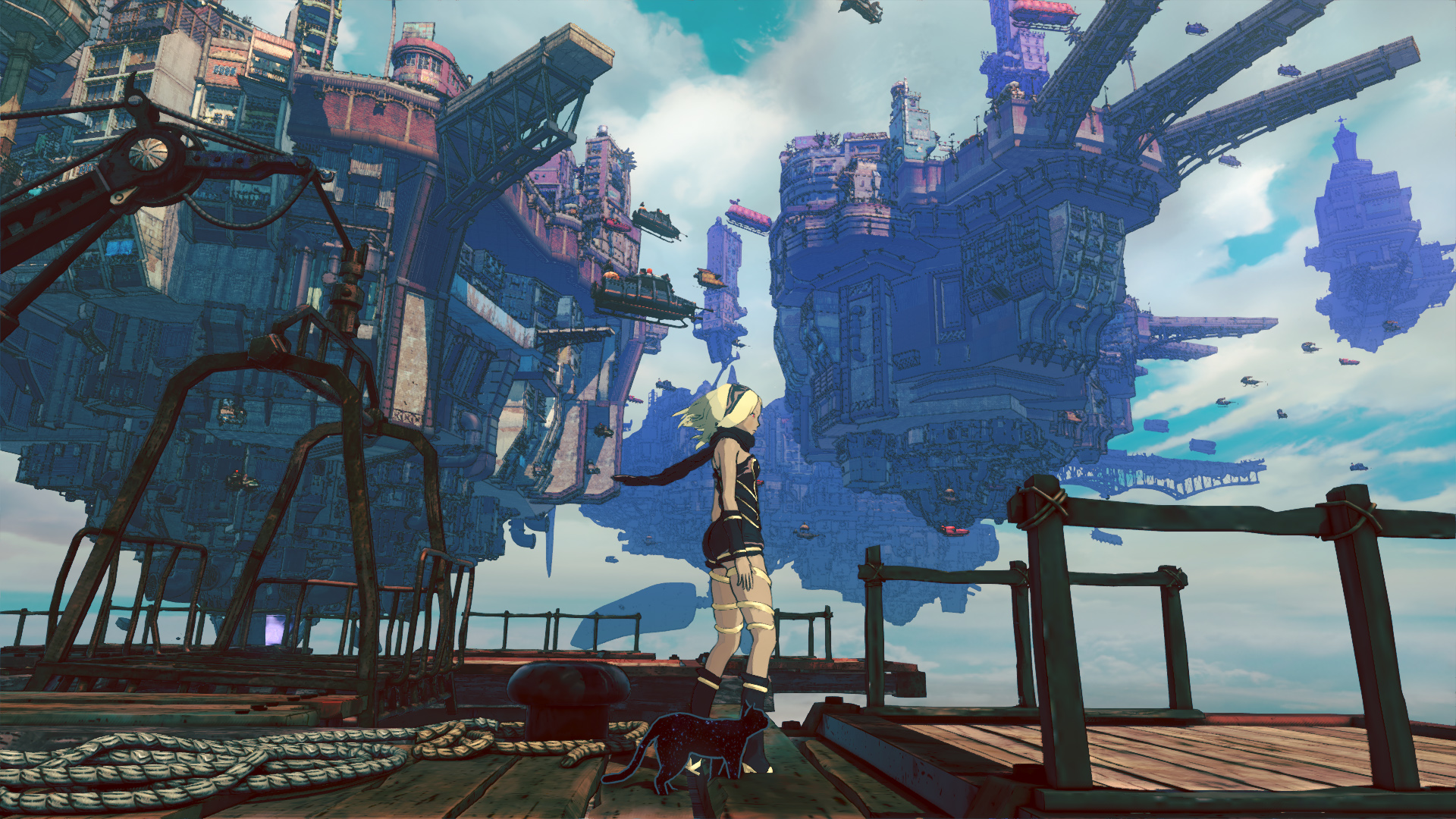 Above: Gravity Rush 2 take place in a beautiful world.

Jeff: Gravity Rush 2 was something of a revelation for me. I’ve always know about the love for the first, and I meant to go back and play it, but I never did. I can see now why so many people love it. I probably still won’t go back and play that first one because this one looks so amazing. I don’t want to lose any of that fidelity. I agree that it has an awesome mashup of styles, but it is also technically amazing. Something about the cartoon-style characters walking around the detailed environments starts to take on a photorealistic quality when you’re using your powers.

I also finally got a chance to play Titanfall 2 and Bloodstained. They’re both games that are familiar yet intriguing. Titanfall remains action-packed, with great controls and a new grappling hook. Bloodstained is the Super Metroid-style Castlevania that I’ve craved for years, and it is probably my real “game of the show” just in terms of giving me exactly what I want.

But I think we’re both dancing around one last game that we should mention, and I don’t know how to write this sentence because it looks so weird.

We played The Last Guardian, the story-based puzzle-platformer that we thought we’d never actually see. 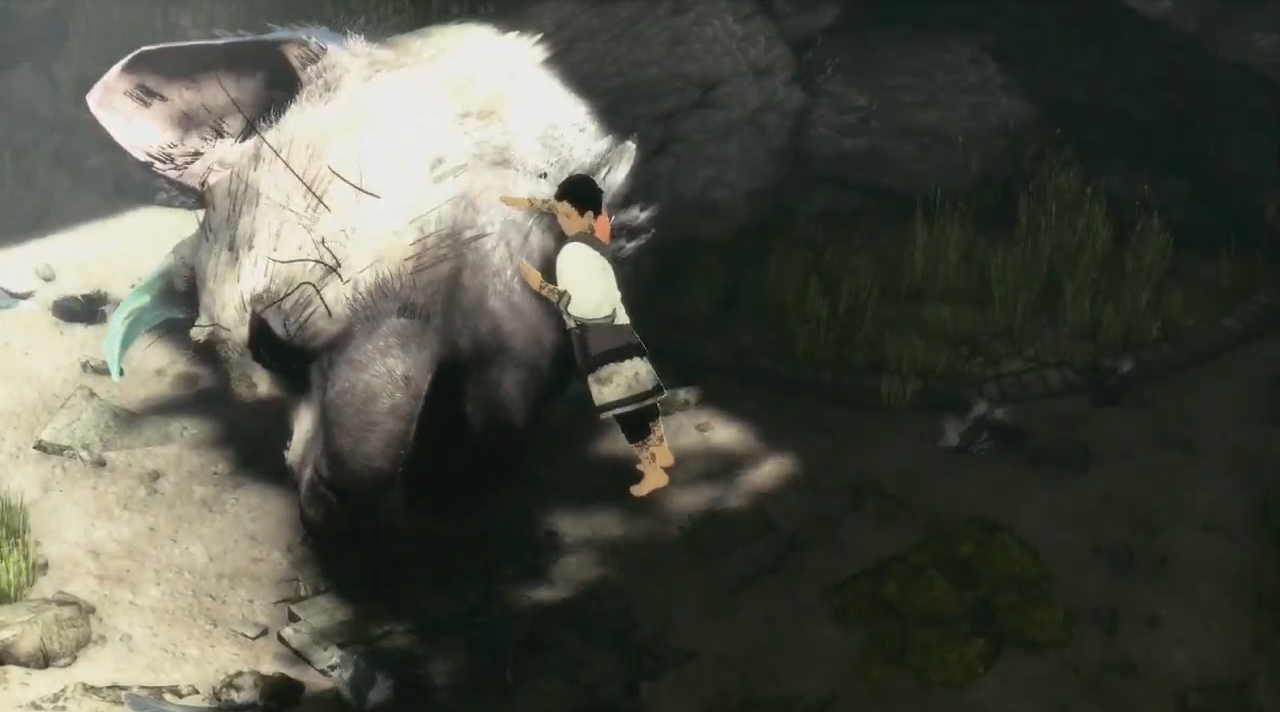 Above: The Last Guardian is super real, guys.

Mike: We did! It was so weird to actually play that game. Mind you, both of us only played like 15 minutes each of a 45 minute demo, so we didn’t get the whole flavor. But I still enjoyed it. That giant monster, Trico, has a lot of weight to him. The excellent animations and sound design showed a wide range of emotions — including intimidating, pathetic, and friendly — at different points through my short time with the demo. I’m totally down for a whole game that’s just about interacting with him.

The tech, though, did feel a little dated. Like it was clearly a PlayStation 3 game that Sony has doctored up a bit. I know that I’ll get over it quickly when I’m playing the full game, but it certainly isn’t as pretty as, say, Gravity Rush 2.

Jeff: I don’t care about your love for Gravity Rush 2. I don’t even care that The Last Guardian looks like a 10-year-old game with a PS4 coat of paint. For now, Sony gets points for simply making me believe that it can deliver one of these highly anticipated games it shows off at its E3 press conferences.

Tomorrow, however, we’re playing Zelda. And I’ve already decided we’ll meet back here again around this time tomorrow after we’ve played that and another round of hands-on demos. We’ll see you all then.