Right now, Zelda fans are all wondering where Breath of the Wild takes place in the series’ complicated timeline.

Watching a gameplay stream during Nintendo’s show at the Electronic Entertainment Expo in Los Angeles, it sure looks a lot like The Wind Waker.

Now, Breath of the Wild is also clearly taking a lot of inspiration from the original Zelda on the Nintendo Entertainment System. However, a lot of elements seem to come straight from Link’s GameCube adventure. Specifically, a creature appeared during the demo called a Korok, which comes directly from The Wind Waker. Even the enemies look similar to the ones from Wind Waker. 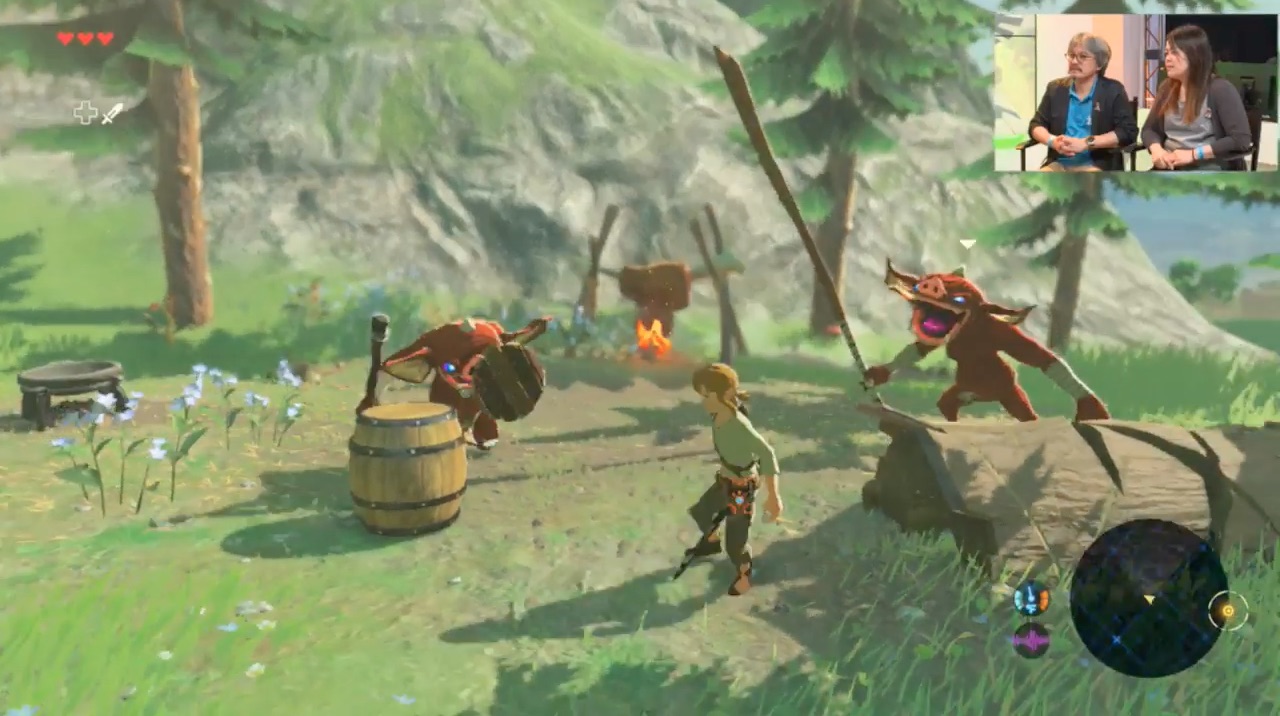 Above: These guys look straight out of Wind Waker.

First, a little primer on Zelda’s complex timeline, which actually splits into three after Ocarina of Time. Because of the time travel in that game, three branches follow it: one where Link fails, one that follows after the adult Link saved Hyrule from series villain Ganondorf, and one where a returning child Link stops Ganondorf before he can put his plan in motion.

The NES Zelda games, A Link to the Past, and A Link Between Worlds follow the Link fails timeline. Majora’s Mask and Twilight Princess are in the child Link branch.

Wind Waker, however, is in the adult Link timeline. It shows a Hyrule flooded under water. Two DS sequels show Link discovering a new land and christening it Hyrule.

Wherever Breath of the Wind take place, it’s clearly late in one of the three timelines. Hyrule looks like an old, ruined land taken over by the wilderness. However, the appearance of a Korok and the cel-shaded style reminiscent of Wind Waker could mean that it takes place in the land that Link discovered and became playable in Spirit Tracks for the DS. Also, “wind” and “breath” certainly have a thematic connection.

Maybe it takes place long after Spirit Tracks, which explains all of the ruins. Or maybe it’s the original Hyrule from that Wind Waker, where the floodwaters recede.

GamesBeat will ask Nintendo about Breath of the Wild’s place in the Zelda timeline during E3.