Curse launched its unified communications platform in late April as an all-in-one tool for gamers and streamers. The platform has gathered millions of users a month, and it has been growing more since a big update.

The Curse Voice platform launched a couple of years ago after raising $16 million, but the company now just calls it Curse. The client has added features that meet the needs of online gamers, streamers, and pro esports teams — the domain where 100 million people watch 800 million hours of competitive gaming (a $463 million industry this year) on Twitch and . The Curse Client is a manager for mods, and it is being merged into the Curse app. The app is available for free on Windows, Mac, iOS, Android, and web, with no subscription fees or disruptive ads. 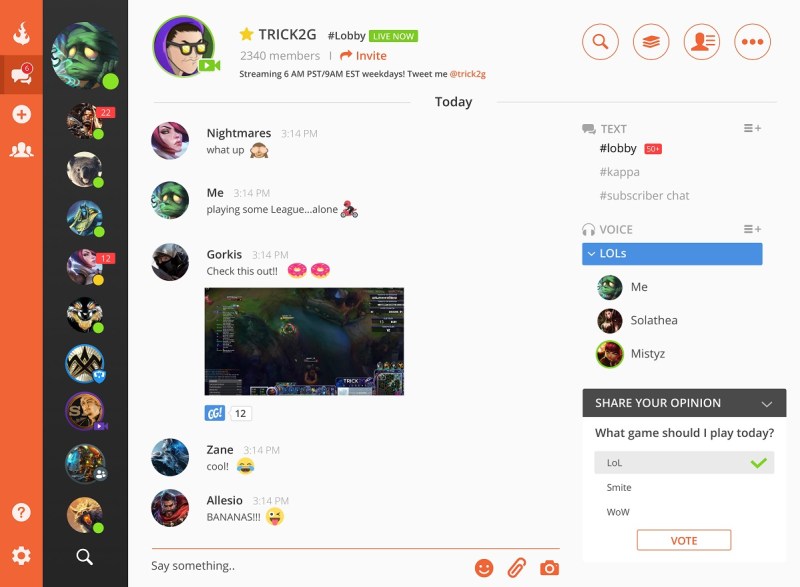 Above: Curse makes it easy to add friends.

The tech is server-based voice-over-internet-protocol (VOIP). Players can communicate with high levels of quality even with low bandwidth. It has noise suppression and echo cancellation. The web client means that Curse is available anywhere, anytime. You can log in on any device as needed. Curse works with hundreds of titles.

“The detail that goes into making everything really awesome takes a lot of time to build,” Thieblot said. “We’ve had a very successful launch and have picked up new velocity for adding new users.”

Curse’s platform competes with rivals, such as Discord, Skype, TeamSpeak, and IRC. Curse has tried to put more emphasis on friends networks, interaction with the app, and syncing identities across platforms like Skype, Battle.net, League of Legends, and Steam. Curse suggests people that it thinks you may want to be friends with in the app because you are already friends with them on Steam. 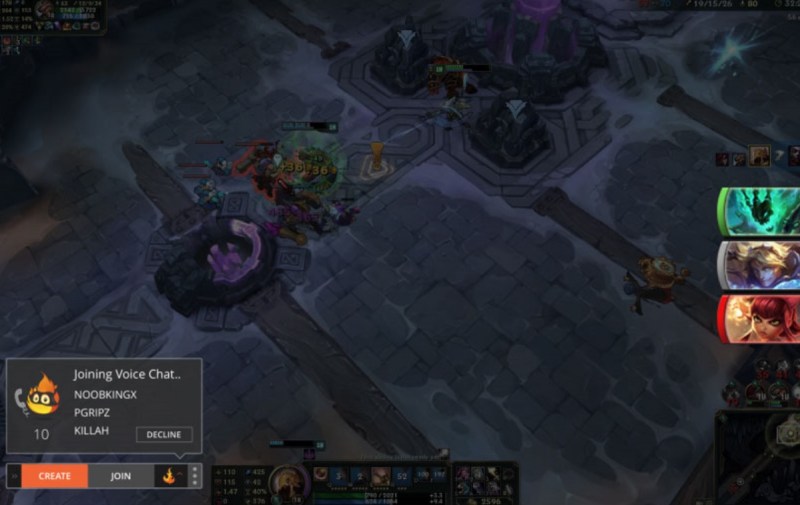 Above: The Curse platform in action.

“We think we are best in the business because of all the friend engagement,” Thieblot said. “When it comes to large communities and broadcasters, we went way deeper with the tools for the broadcasters to interact with their communities.”

Curse has a chat system with emoticons, YouTube embedding, and image sharing. It can search past communications and synchronize message tracking across all platforms. You can engage in group chat for raids, community chat with large groups, and private messaging.

It has protection against distributed denial of service (DDoS) attacks. And your Internet protocol address cannot be attained through direct communication. The platform also has built-in giveaway systems for streamers to reward their loyal fans. It also has polling, YouTube and Twitch sync, and a “celebrity mode” that ensures privacy for high-profile streamers. It makes the community safe for streaming, blocking a lot unnecessary communications or any access to sensitive purchase information.

A celebrity can easily ask which game they should play next and get a bunch of responses. It enables content creators to connect better with large fan bases.

Blizzard had trouble with an African-American Hearthstone player being harassed by racist comments during the Dreamhack Austin championship match, an esports event. Curse has the capability to ban IP addresses and filtering language. It is considering implementing bots in order to help police such problems. The company has made its applications programming interfaces for others to build on top of Curse.

Curse has 130 people, mostly in Irvine, California, and Huntsville, Alabama.