Google today announced that it’s releasing the fourth developer preview of Android N, the next release of the company’s mobile operating system.

People participating in the Android Beta program will automatically receive an over-the-air (OTA) update with new OS preview, and system images are becoming available for people to flash supported devices manually, Google vice president of engineering Dave Burke wrote in a blog post. This follows Android N developer preview 3, which became available in May. (And earlier this week Apple showed what’s to come in iOS 10.) The final version will become available in the third quarter of this year.

Today Google is releasing the final version of SDK for Android N, which is available through the Android Studio integrated development environment (IDE). Now developers will be able to use all aspects of what’s new in Android N inside their apps.

Plus, the Google Play Store can now support apps that use application programming interface (API) 24, which is what’s paired with Android N.

“Now that you have a final set of APIs, you can publish updates compiling with, and optionally targeting, API 24 to Google Play,” Burke wrote. “You can now publish app updates that use API 24 to your alpha, beta, or even production channels in the Google Play Developer Console. In this way, you can test your app’s backward-compatibility and push updates to users whose devices are running Developer Preview 4.”

If you’re not already part of the Android Beta program, you can sign up here.

This update includes an interesting easter egg. The Android N logo for the update, which you can access after repeatedly tapping the Android version in the About section of the settings menu, shows the words “Namey McNameFace,” a reference to Google’s open-source sentence parsing software Parsey McParseface, whose odd name made the software go viral. 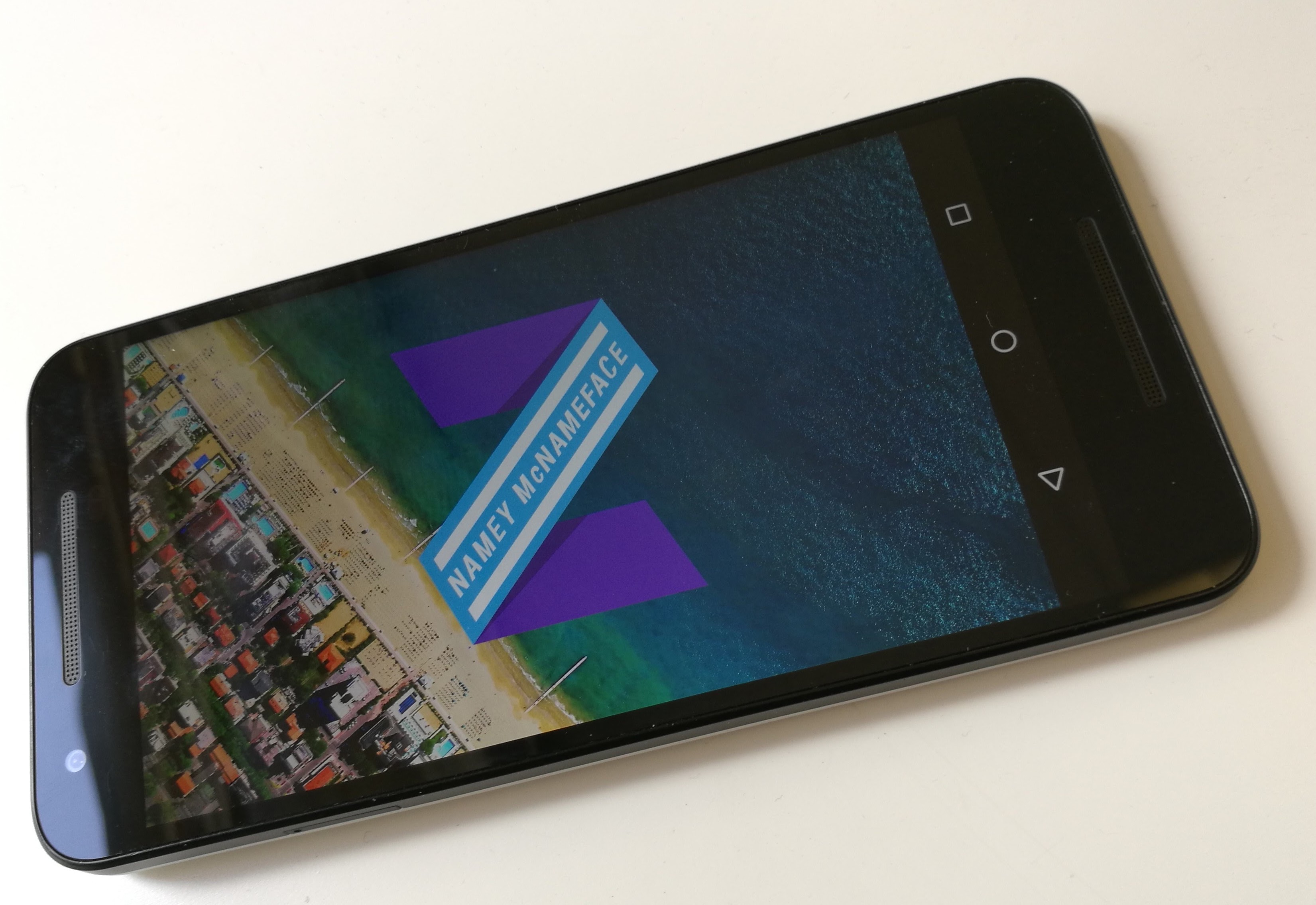