Microsoft has a solid line-up of games and hardware coming in the next 18 months, but it’s going to have a tough time competing against Sony, which had a stellar showing at its press event at the Electronic Entertainment Expo, the big game tradeshow in Los Angeles this week.

David McCarthy is head of Xbox operations in charge of making sure that Microsoft plans its game operations properly and provides the proper resources to execute on those plans. GamesBeat caught up with him on Tuesday, a day after Microsoft’s press event at E3.

He told us why Microsoft announced its Project Scorpio game console so early ahead of its holiday 2017 launch, the convergence of PC and Xbox gaming, and the battle of the press conferences. Here’s an edited transcript of our conversation. 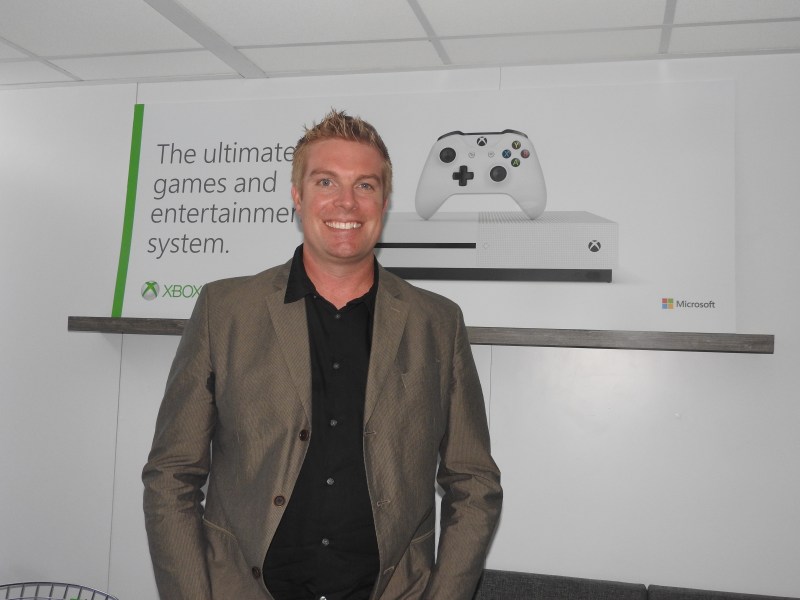 GamesBeat: What strategy was behind your different announcements — what to say when, whether to focus on hardware or not?

David McCarthy: The decision specifically on Project Scorpio was predicated on giving our developers enough time to be able to react to things overall.

GamesBeat: Sometimes people just get that going secretly. Are you more broadly trying to get a larger group of folks involved? Sometimes you do that and it stays secret. Sometimes it doesn’t.

McCarthy: Always a concern with some of those things, yeah. There’s a couple of things at play. Our canvas of developers is larger than it’s ever been. Xbox being across both Xbox One devices and Windows 10 devices—the scope of people we’re talking to is just naturally larger. Some of them we might not have talked as much to in the past. Then you see programs like ID@Xbox, with a thousand games in development in that program. Being able to message that group as well is key.

From a developer perspective, understanding that commitment we have around compatibility and moving beyond that generational boundary, if you will, ensuring that the games developed today will work on the devices of tomorrow—it’s important for us to engage them early in that dialogue.

GamesBeat: And that outweighs secrecy, not wanting to have anyone figure out your game plan too early and react to it?

McCarthy: There are always these concerns. I’ll also say that our general philosophy behind playing without boundaries, around offering choice, does naturally put us in a position where we want to be able to lay out the menu of options for people overall.

GamesBeat: The timing — did holiday 2017 make sense for any particular reasons?

McCarthy: The key thing to understand with Scorpio is that its specs were based on clear feedback from our developers around what true 4K gaming requirements would be. Based on experience they have today in Windows 10, the six teraflops decision was very deliberate for us. What’s the right timing for us to get to that? Holiday 2017 happened to be that time.

GamesBeat: Does that get you to VR quite easily as well?

McCarthy: Another benefit is the high fidelity VR push we can do, yes. We like what we’re seeing with high fidelity VR in the PC space. Again, being able to connect the dots there on the console side makes a lot of sense for us.

GamesBeat: You could do 6 teraflops today, but you don’t want this to be a $1,000 machine.

McCarthy: Pricing is always—that’s what I love about Xbox One S. We’re going to be available with HDR gaming capability, 4K video, and Blu-ray. Blu-ray alone—most 4K Blu-ray players right now are more expensive than the $299 we’re starting out for Xbox One S in August. Those considerations, making sure we have a price point that customers can enter on, that’s important for us.

GamesBeat: What other decisions come into play here? Is there any word on Kinect capability yet, as far as whether to include it or not?

McCarthy: The key was ensuring that your accessories work on all the devices overall. Kinect does work on Xbox One S. It does require an adapter on the back to do that, but if you’re an existing Kinect owner, we’ll supply with one of those.

GamesBeat: Do you think there’s an upgrade market as well as a new purchaser market? Somebody who already has an Xbox One, will they have a reason to buy the Xbox S as well?

McCarthy: We’ll continue to work with our retail partners on upgrade programs. We understand that some people want the latest and greatest. Our partnerships with them are critical to making that happen.

GamesBeat: Sony had a good lineup. What do you think of the dueling press conferences?

McCarthy: I thought they showed some cool games yesterday. From a gamer perspective, I’m excited to see God of War and so on. I didn’t see a lot of dates. That concerned me a little. 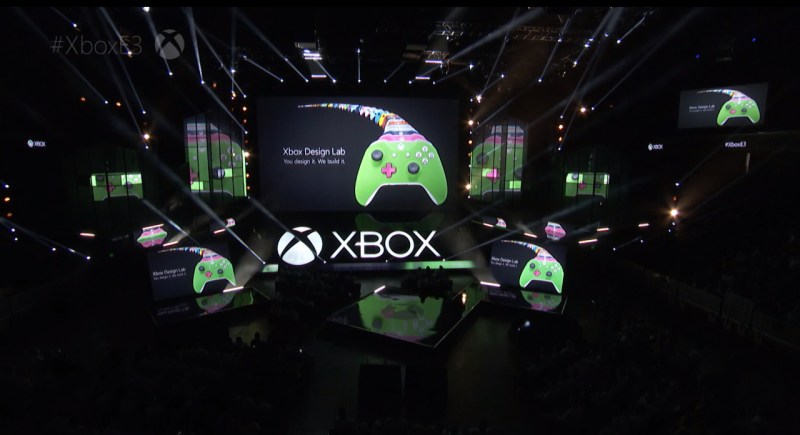 GamesBeat: Sony’s The Last Guardian had a date.

McCarthy: Yeah, there was a big cheer for that, which was awesome to see. That’s why I’m excited—we have ReCore, Gears of War 4, Forza Horizon 3, and Dead Rising 4 all coming in 2016. You played Halo Wars 2 for 2017. We’re committing to these dates. We have Scalebound. We have Crackdown. We have State of Decay. We have Sea of Thieves. This lineup of titles, we feel great about what we’re offering.

I didn’t even mention some of the indie darlings that are coming. Inside—I don’t know if you’ve had a chance to see that. It’s going to be awesome, at the end of June. We Happy Few. Quirky but great. Below is coming. Cuphead is coming this year. I feel good about our games lineup overall.

GamesBeat: With all the machines using AMD hardware, we’re almost in a hardware-neutral situation. You can’t really say AMD Machine A is more powerful than AMD Machine B. Now it’s as if the hardware gets you there and software is where competition takes place. I will say, I was surprised not to see a slim PS4. Logically, they could do it.

McCarthy: I love the redesign, yeah. I love it.

GamesBeat: But how do you feel about that aspect of the competition?

McCarthy: My view is that competition is good for gamers. Good stuff happens for gamers when we have competition overall. I’d say we’re on a different journey. We’re committed to this idea of going across Windows 10, our family of devices on Xbox One.

The thing we haven’t even talked about is Xbox Live. You saw Xbox Live yesterday showing up on iOS and Android showing up on Minecraft. We’re using Xbox Live as connective tissue to create social experiences there.

GamesBeat: Xbox Live is your differentiator?

McCarthy: It really is. We have the push to multiple platforms. We have the commitment to delivering the fastest and most reliable gaming network out there. And then the new features we keep rolling out—groups on Xbox Live is going to be huge, creating spaces for more people with shared interests and unique play styles and all these different things. Looking for group is going to help as well. Arena is going to provide some structure.

Our emphasis on Xbox Live at our conference is almost more important than anything else. It’s the glue that brings everything together. It ensures that people can keep playing across all these devices.

GamesBeat: I wonder if some of the message on Scorpio is that this trend of Xbox gaming and Windows gaming coming together—it’s becoming even more cozy with Scorpio. Is this basically a PC?

McCarthy: Someone asked me that yesterday. We’re not going to walk away from what makes a console great. That guarantee that my games are going to work on this device, on all of our Xbox One devices moving forward. There are unique benefits that come when we start to look at the ecosystem. Xbox Play Anywhere is such a great opportunity for us to say, “Why don’t we have shared progress and achievements and saves across all these things?” We can do that with Xbox Live.

GamesBeat: I thought that would complicate the usual Sony exclusive, a game that runs on PS4 and PC. If it runs on PC, now it’s going to run on Xbox, right?

GamesBeat: If the time came to upgrade Scorpio, would it upgrade in a manner similar to PCs, or the way a console handle it?

McCarthy: We have some time ahead of us to share more specifics on Scorpio. The thing that’s close to PC—obviously there’s Windows 10 architecture underneath it. But it’s more about aligning the specs for us, getting to that six teraflops to unlock true 4K solutions overall. 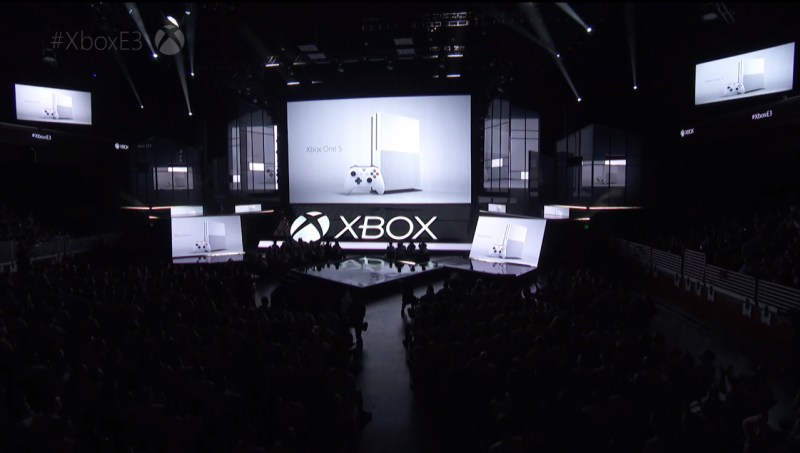 GamesBeat: As far as surprising people, where do you think you wanted to surprise your audience with this show? I’m assuming that not all of the leaks that happened in advance were intentional.

McCarthy: It’s a hard thing. People work so hard — not just within the Xbox team, but at our partners – to bring this stuff together. You do want to surprise and delight at the show. I will say, regardless of what gets out there, our excitement around being able to tell that story end to end—to tell the story of playing without boundaries, you must have all the component pieces together.

That goes across our content lineup in terms of features we’re delivering, and features like Xbox Play Anywhere. That goes across our service with things like cross-network play and support for Xbox Live on other networks overall. It goes to the idea of devices that have this compatibility across “generations.” Being able to bring that story together in totality, that’s the value of the show for us.

GamesBeat: How is the whole first-party system working now? Are there more people working on games than ever within Microsoft?

McCarthy: I can’t speak to the number of people, but lineup-wise 2016 and 2017 is the largest lineup from first party we’ve brought overall. It’s a great time to be delivering that to our Xbox fans and our Windows 10 fans.

GamesBeat: So the level of investment is as strong as ever?

McCarthy: We believe strongly in the power of first party to prove things out. We’re learning what it takes to offer great experiences on Windows 10 through first party. We have 4K going on Gears of War Ultimate Edition and Forza Apex. Our commitment to the first-party space is huge for us.

GamesBeat: The backward compatibility from Scorpio on down to Xbox One, what does that mean? I don’t know how you define that. Head of Xbox Phil Spencer made the point that when you go ahead with a new feature you’re going to make sure it stays backward compatible. 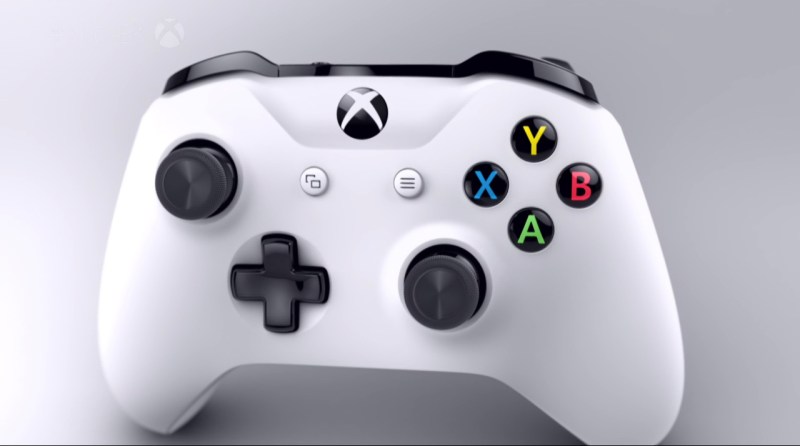 GamesBeat: You buy an Xbox One game, it’ll run on Scorpio?

McCarthy: Absolutely, yeah. Your controller’s going to work. The library will come right across. Games made in 2017 are going to work across our Xbox One device family as well.

GamesBeat: Anything else you’d like to point out today?

McCarthy: What are you excited to play out on the floor?

McCarthy: Yeah, it’s awesome. What do you think about the social element to it?

GamesBeat: A lot of it is going to depend on the quality of the matchmaking. Are you playing with friends or with strangers? You’re very dependent on the person who steers the ship.

McCarthy: Literally and figuratively, yeah. This is where it’s key for things like clubs. Looking for group—to be able to get to a group of trusted individuals and find someone to steer the ship, like you say. It’s very innovative, though. I like what they’re doing. 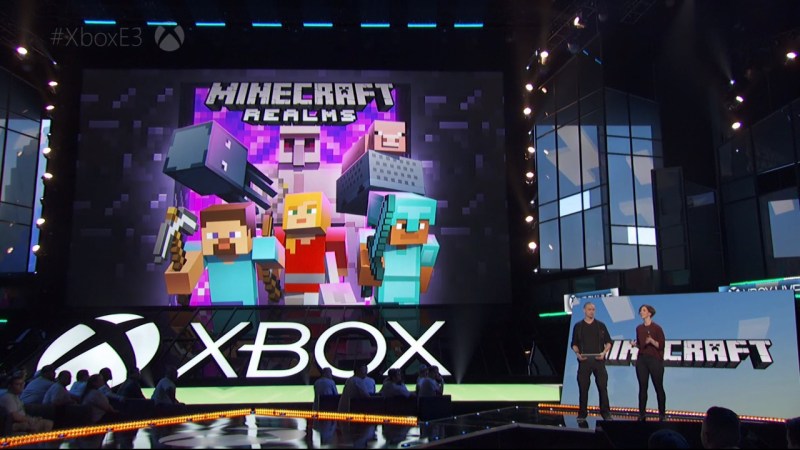