It’s all about Zelda.

We made it to Nintendo’s booth at the Electronic Entertainment Expo (E3), the big game trade show in Los Angeles this week. And the only game that the Japanese company is showing in the booth is The Legend of Zelda: Breath of the Wild. There isn’t much to do besides check out the game for a short time, but Nintendo fans would probably pay a bunch of money for the privilege of being the first to play a Zelda game. (Nintendo isn’t charging the booth attendees.) If you couldn’t make it, check out the images below. 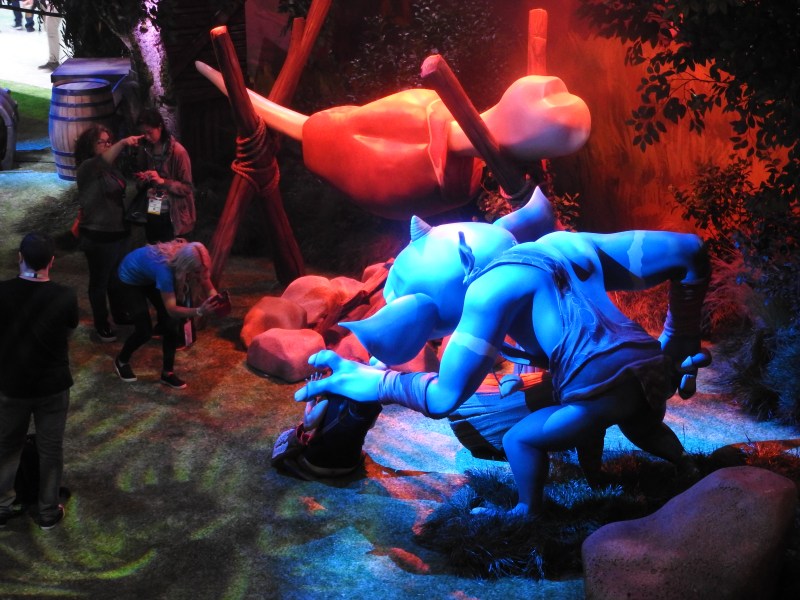 “We just wanted to create an immersive experience in the booth and dedicate everything to the one game by replicating the experience happening in the game,” Charlie Scibetta, senior director of corporate communications at Nintendo, in an interview with GamesBeat. “It’s an open-air adventure. You can feel one with nature. You can hear the sound of wind in the booth. We have fans. We have real grass. Everything is to scale. We wanted to go big with Legend of Zelda: Breath of the Wild.” 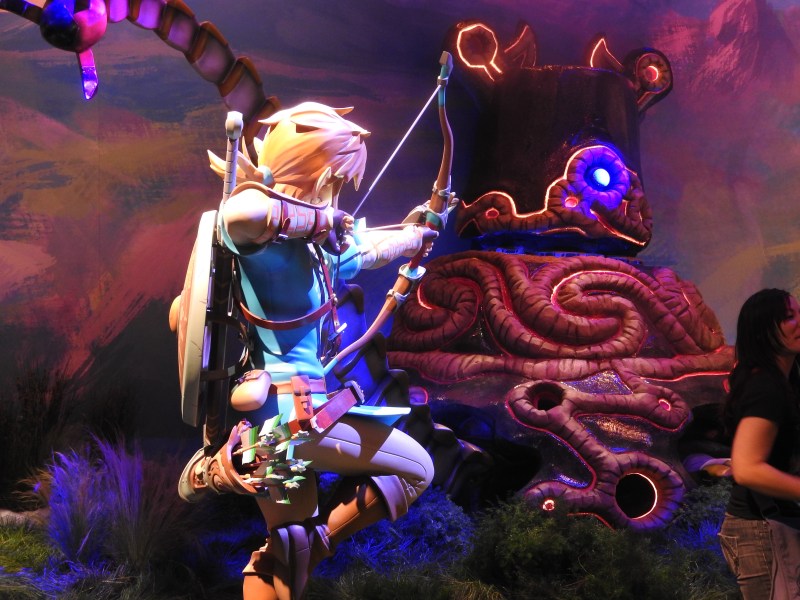 Above: Link at Nintendo booth.

That’s a big commitment, considering that Nintendo is launching a number of Wii U games coming this year, as well as Nintendo 3DS games. E3 is a tremendous marketing opportunity with 60 billion impressions created in less than a week each year. So it says a lot that Nintendo has decided to put all of its booth marketing behind the single game, which comes out sometime next year. 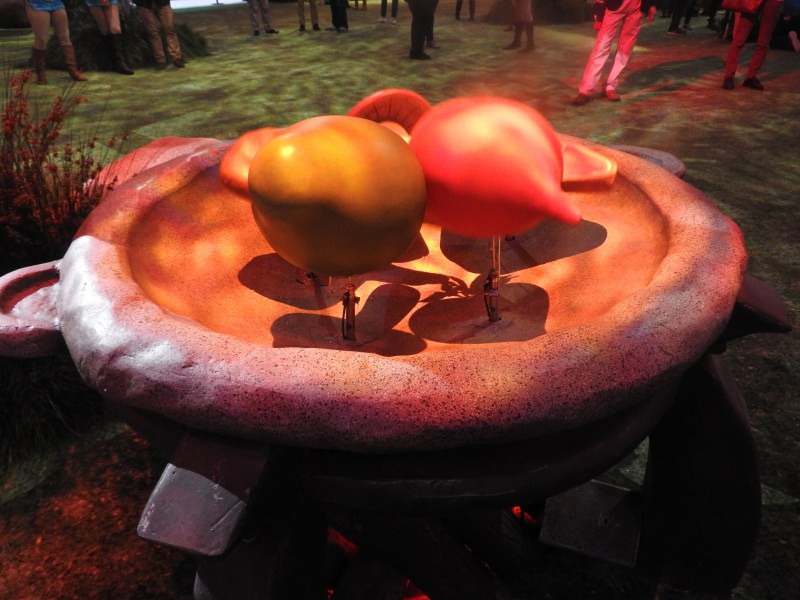 Nintendo created a gate entry into a darkened theater. There, you watch a video describing the game and its expansive open world. Then you can walk in and see larger-than-life statues of Link, enemies, mushrooms, and even real grass on the floor. 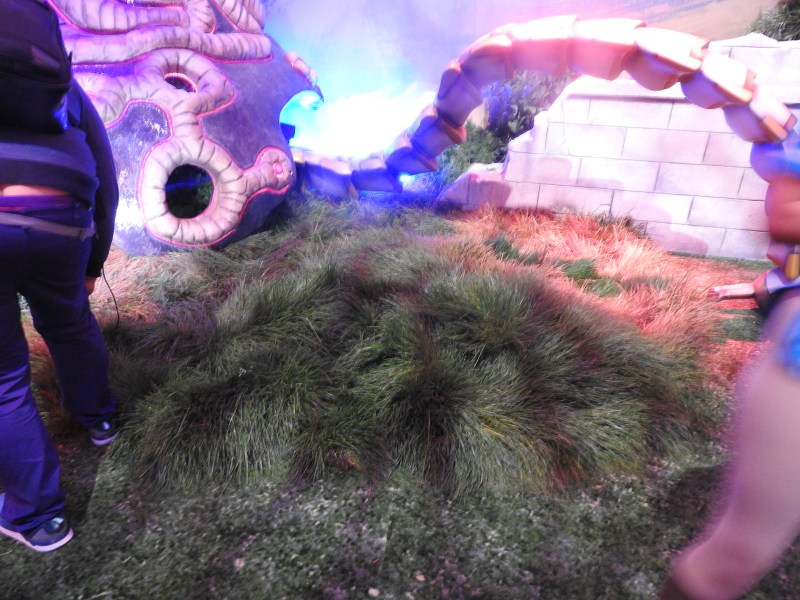 Above: Grass at Zelda booth.

Fans who made it into E3 lined up around the entire booth just for a chance to play Zelda for a short 15-minute or so demo. Nintendo had a lot of Wii U machines dedicated to the game. I got my 15 minutes in as well, doing things such as shooting arrows, clubbing villains, and sliding down hills on my shield.

“It’s very much a nature kind of experience,” Scibetta said. 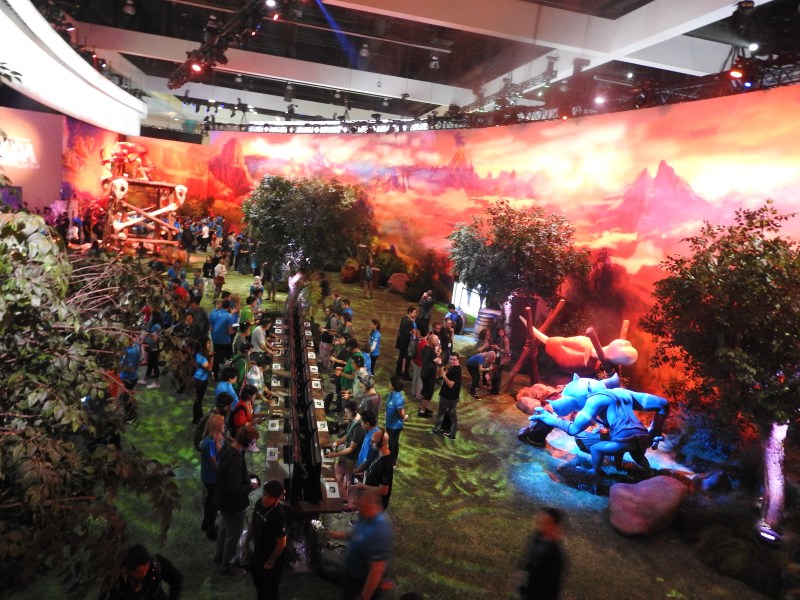 Above: Nintendo created a giant mural of the Zelda landscape at its E3 booth.