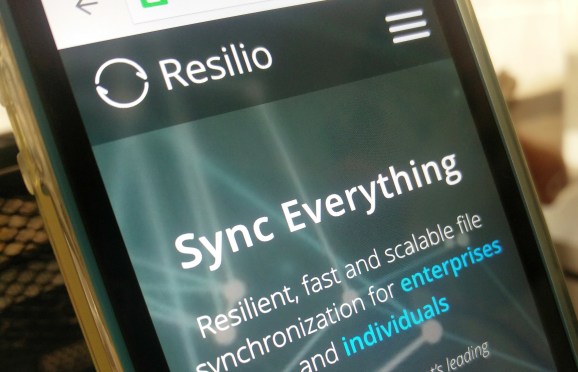 BitTorrent Inc (BitTorrent) has announced that it’s spinning out its Sync business into a stand-alone company called Resilio, as it refocuses its own efforts on the consumer media realm.

The San Francisco-based company first introduced Sync in April 2013 as a means to let users share folders and files without relying on the cloud. It finally exited a two-year beta period in 2015, launching for Windows, Mac, Linux, Android, and iOS, among other platforms.

BitTorrent is probably better known as the company that develops the BitTorrent peer-to-peer (P2P) file-sharing protocol and the uTorrent app that’s built upon the BitTorrent protocol. But the firm has been taking steps to establish itself as a mainstream media distribution company, with original TV shows and multichannel video streaming apps emerging from the company’s vaults in recent times.

Today’s news comes two months after BitTorrent replaced CEO Eric Klinker with two new co-CEOs — Jeremy Johnson and Robert Delamar. At the time the news emerged, the company said that Klinker would remain at BitTorrent “in a technical role.” That role has been short-lived, however, and Delamer confirmed that Klinker has departed the company to head up the new Resilio business.

But why spin out Sync on its own? Delamar explains:

As Jeremy and I entered BitTorrent, Inc. in late 2015, we, along with Eric, began to assess BitTorrent’s business and look to the future. It was clear from the growing user base and interest from enterprise companies that Sync offered an amazing business opportunity. It was also clear from the more than 30,000 creators and hundreds of millions of fans attracted to our Bundle program that we had a massive opportunity by focusing on media.

We realized that the company would be much stronger, and would unlock tremendous shareholder value, if we were to split the company into distinct consumer media and enterprise businesses. Naturally, the plan was to have Eric lead the part of the business that he knew best: B2B. Jeremy and I are likewise doing the same in the consumer media space.

In short, BitTorrent is creating a clearer vision for the company to help it focus on consumer media, while Resilio continues to target enterprise companies with Sync.