Universal Studios is working with Nintendo to bring some of its characters to theme parks in a few years, but I feel like I’ve already been to Zelda World.

Nintendo transformed its booth at the Electronic Entertainment Expo trade show in Los Angeles into a Hyrulian wonderland, with a full 24-minute day-night cycle just like in some of the Zelda video games. When I entered the booth, it was “daylight.” A tungsten light poured over the foliage, and the moblins scattered around the dozens of demo stations for The Legend of Zelda: Breath of the Wild.

Birds chirped all around me, and I could hear other distinct daytime ambient noises. But a few minutes later, I heard a rumbling thunderstorm, and the bright lights gave way to a nighttime blue while crickets replaced the birds. A Nintendo representative told us this shift from day to night happens continuously every 24 minutes, with one minute representing an hour. That’s the same cycle that happens in The Legend of Zelda: Ocarina of Time and other entries in the series. 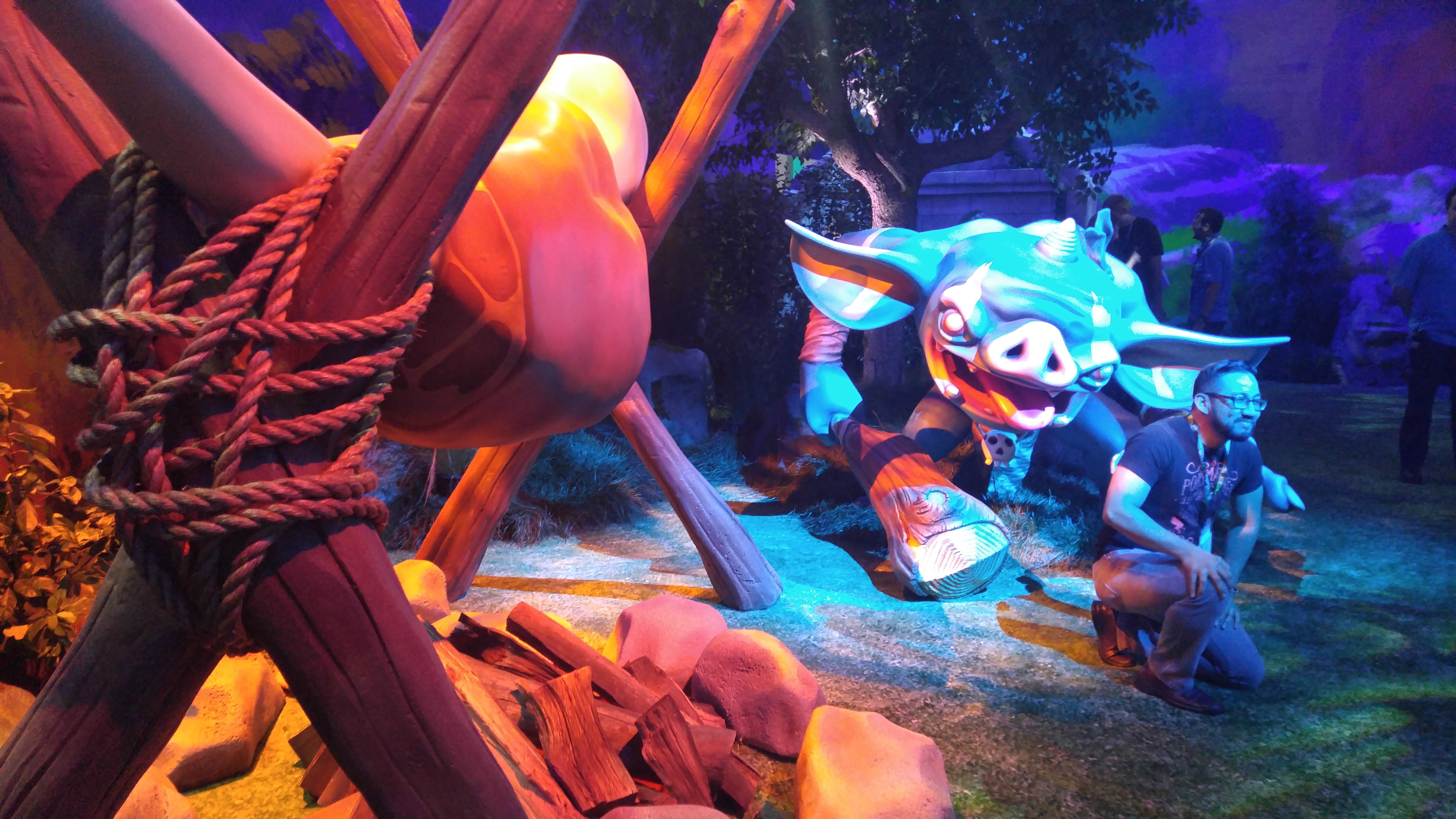 Above: A moblin roasting some delicious steak.

The publisher dedicated its entire E3 booth to Breath of the Wind, and it obviously wanted to go all out. In addition to the daily passage of time, Nintendo built several amazing statues and a theater with a screen that retracts into the ceiling to reveal a secret passageway.

But the other interesting special effect in the Zelda booth was the smell-o-vision. Nintendo told me that they added scents to its shrines to give them something like a musty aroma, but I also recognized notes of burning logs when I walked past one of the fire pits.

The attention to detail — as with Nintendo’s games — was incredible. Now, I’m hoping that all of these amazing props and creations aren’t going to rot in a warehouse or basement somewhere. Maybe Universal Studios in Florida could use some of them.