It was hard not to miss Mary Meeker’s latest Internet Trends Report, especially the section on economic growth slowing. On the one hand, the report did call out that U.S. internet advertising growth is accelerating. Furthering that point, less than a month before Meeker’s findings were released, the Internet Advertising Bureau (IAB) reported that U.S. internet ad revenues hit a landmark $59.6 billion in 2015, marking six consecutive years of growth. Internet advertising isn’t showing signs of slowing, especially given the meteoric rise in mobile and video, and the overall market segment is estimated to reach $100 billion by 2020, according to Technology Business Research.

Still, experts and Monday morning quarterbacks have been predicting a market correction in adtech for a while now. Some would argue it’s already underway as giants like Yahoo break up.

In martech, there was $17 billion in funding in 2015 spread over 313 businesses, a decline from 2014’s $47 billion in martech investments that were distributed across 487 organizations, as reported by VentureBeat.

On the other hand, the two dominating forces in online advertising — Google and Facebook — continue to report strong growth from advertising and together enjoy a 76 percent share of internet advertising growth, according to Meeker. But if overall economic growth is slowing, and ad spend is growing, what’s really going on?

To understand the future, you have to look at the recent past. There are three disruptive forces going on in the adtech world that, when coupled with a market correction, will have a ripple effect that goes beyond online advertising.

First is the slew of adtech and martech companies that have emerged over the past several years. This was driven by low barriers to entry, consumers spending more time online, and substantial VC investments. This glut inevitably leads to weaker players dropping out of sight and a few startups having breakthrough IPOs or acquisitions.

Second, behemoth enterprise software companies including IBM, Oracle, and Salesforce have strategically entered the market through a series of acquisitions. For example, former high flyers Unica, Coremetrics, and Silverpop were picked up by IBM. Also, within the span of one week at the beginning of this year, Big Blue briskly acquired three digital marketing advertising agencies. Around the same time, Oracle added AddThis to its portfolio, complementing Datalogix, Blue Kai, and Eloqua, among others. Arguably, Salesforce made the boldest move yet this year when it plunked down $2.8 billion for Demandware, adding ecommerce to its portfolio of online sales and marketing services.

Third, the growth in adtech is being threatened by the use of ad blockers and the presence of fraudsters. Page Fair aggressively estimates that the global cost of ad blockers in 2016 will be $41.4 billion, while the Association of National Advertisers reports that advertisers will lose $7.2 billion globally to fraudsters in 2016.

The good and bad of a market correction

Given these three disruptive forces, a market correction will directly impact the adtech sector with a ripple effect that touches VCs, burgeoning IPOs, and potential acquisitions. Here’s what we can expect to happen over the next several months.

While a market correction is not something that’s eagerly embraced, it’s widely believed to be inevitable. This time around, it should be seen as an opportunity to innovate. Today’s CMO has more access to data and a greater ability to understand and influence their customer’s experience than ever before. This is true across media and devices. CMOs will also need more help then ever to dramatically improve their company’s Net Promoter Score.  If you and your company are solving for these problems in tandem with a steady hand and a focus on improving profitability, there’s a big blue ocean of opportunity ahead. 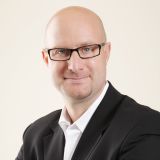 Eric Wheeler, CEO of 33Across, is a seasoned start-up entrepreneur and pioneer in digital advertising with a proven track record in creating products for markets and publishers that increase revenue and uncover actionable insights. Prior to 33Across Eric was the CEO of Neo@Ogilvy and Executive Director of Ogilvy Interactive North America. He as also COO of Carat Interactive and co-founder and President/COO of Lot21.