ListenFirst reported that Sony’s PlayStation team posted the most social content, with the God of War trailer on YouTube winning in popularity. But Xbox generated the most online conversation from fans by a large margin, ListenFirst said. 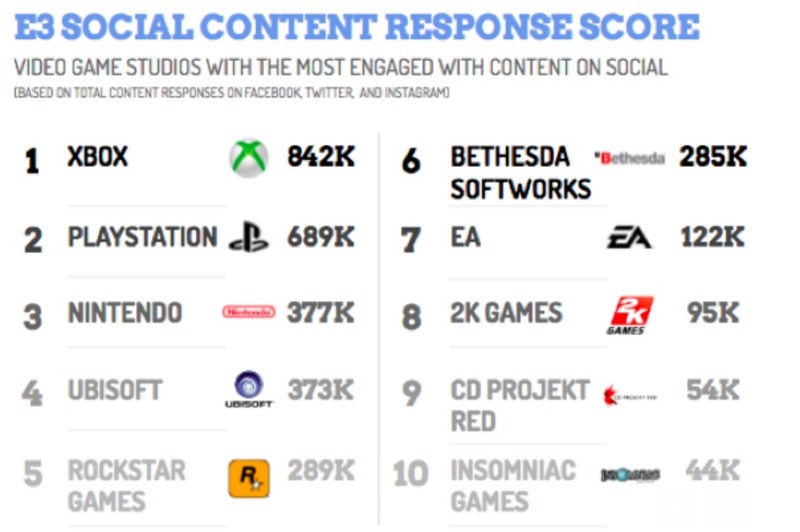 Above: Conversations generated by E3 announcements.

ListenFirst is collecting every single post authored by a video game studio daily to determine which studios are pushing out the most content to fans, and where social marketing resources are being allocated across the industry. PlayStation has been the most active on social since Sunday, creating 245 posts across Facebook, Twitter, Instagram, and YouTube. Forty-seven percent of these posts have been on YouTube and have so far accumulated over 15 million views in the last 4 days, with the God of War trailer accounting for 27 percent of all views for PlayStation. 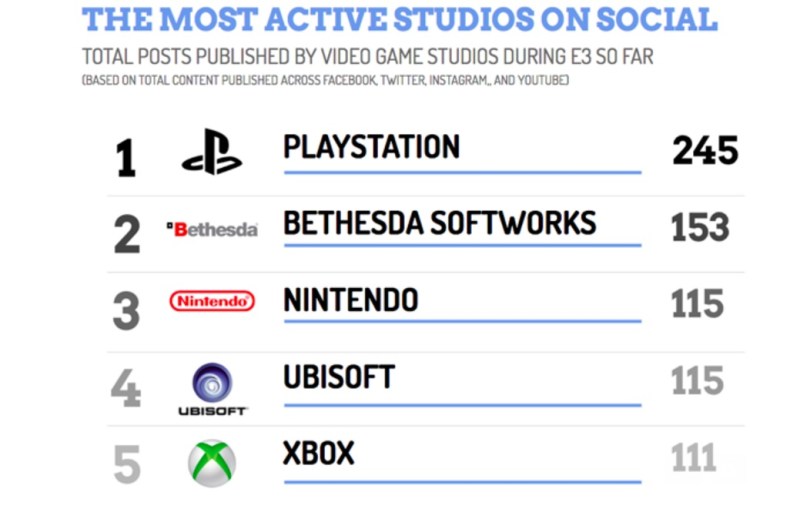 As of June 15, Bethesda Softworks was able to climb to No. 2 thanks to its domination on Instagram, posting 31 percent more than the second most active studio on the channel, Square Enix. ListenFirst said that 86 percent of the content Bethesda has posted on Instagram so far are reposts from the studio’s individual game presences. But while Sony was far more active, Xbox dominated the social content responses across Facebook, Twitter and Instagram.

Above: Synthesio results show Sony had the most social media mentions from E3.

Meanwhile, Synthesio, another social intelligence platform, pulled social data from the E3 conference for the dates ranging from June 12 to June 16. By its analysis, Sony won E3, driving the most buzz of all of the major video game brands over all of E3, with 29.87 percent of all the overall mentions. Microsoft came in second with 19.58 percent, followed by Bethesda with 15.47 percent and then Nintendo with 14.33 percent. 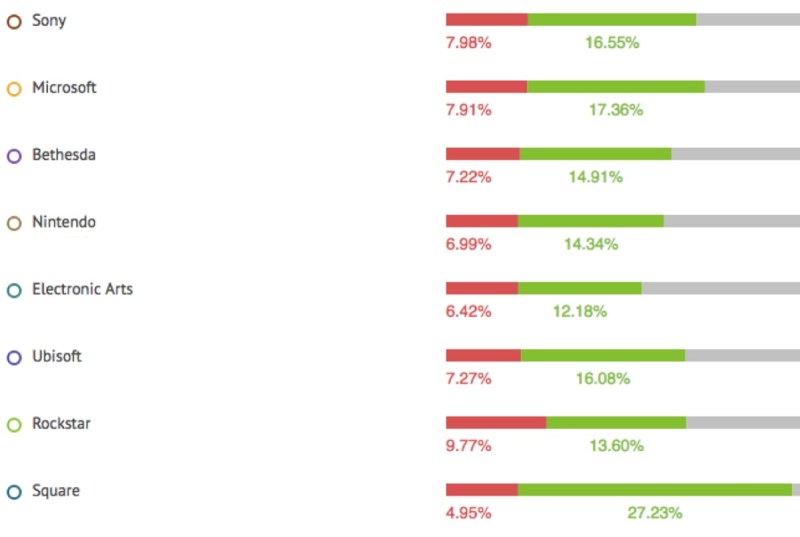 Above: The mix of negative (red) and positive social responses for E3 companies.

Correction, 1:35 p.m.: Some inaccurate formatting placed the Zelda percentage with the wrong publisher and end up repeating other information. We’ve corrected the errors.