The Electronic Entertainment Expo is over, and we’ll soon move on. But before we do, it’s worth remembering the best moments of the biggest U.S. game industry trade show, which drew 50,000 professionals and 20,000 fans to Los Angeles this week. I’d like to take a minute to point out the memorable moments of my 20th E3.

I love going to E3 because it represents the best opportunity to bear witness to a historic moment in the game industry. My first E3 was in Atlanta, when Intel’s Andy Grove went up on the stage in a “bunny suit” and danced. Then he predicted that the PC would disrupt the consoles. In 2004, Peter Moore revealed Halo 2’s release date by showing a tattoo on his bicep. And who can forget the time in 2013 when Sony’s Jack Tretton came out after Microsoft’s event and announced that the PlayStation 4 would cost $400, a full $100 less than Microsoft’s Xbox One? 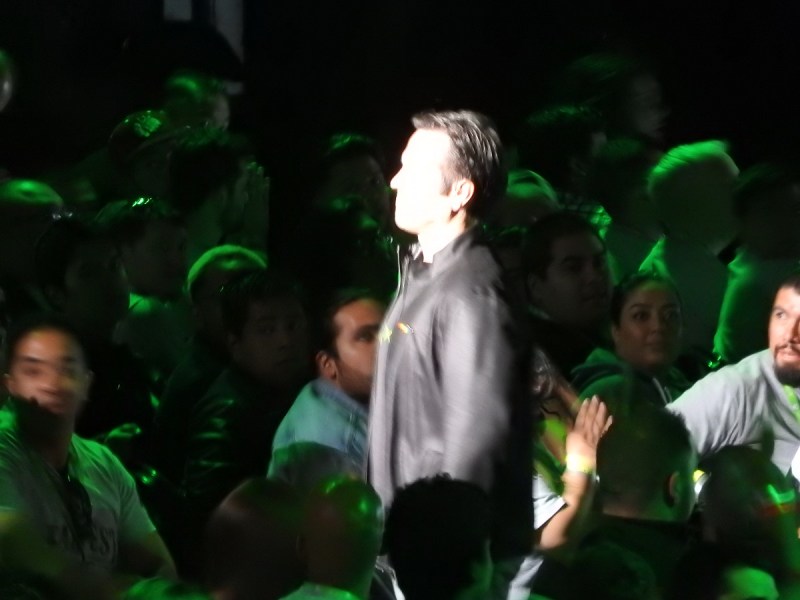 As the show opened, the country was in a state of horror. A gunman in Orlando killed 50 people in a nightclub. At Electronic Arts’ press event, the subject didn’t come up. Phil Spencer, head of Xbox, stood under a spotlight as he opened the press briefing. He said, “To everyone affected by the recent tragedy in Orlando, our hearts are with you, and you should know you are not alone. The gaming community mourns with you.”

The nature of those words was important. It was meant not to reopen the old debate about whether video games cause violence. It seemed was meant to convey that gamers were also victims of Orlando killer. Later, at the Ubisoft event, host Aisha Tyler paused and said, “I want to take a moment to do something that’s going to feel a little incongruous and potentially even uncomfortable for some of you. There’s no smooth or easy way to do this, but we all felt really strongly while we were rehearsing today that we needed to say this. So, before we start, everyone here at Ubisoft want to offer our deepest sympathies to the people affected by this weekend’s tragedy in Orlando. Our hearts, the hearts of everyone in Paris in France, and in the United States, and around the world are with you.”

And Shawn Layden, the head of Sony Interactive Entertainment, took it a step further at Sony’s press event, as he took note of the fact that the shooting took place at a gay nightclub. He said, “Before we go any further though, I think it’s important that we take a moment to address the heartbreaking tragedy of Orlando this past weekend. A perfect event ruined like that, carried out by a madman. Really underscores our need for greater love, tolerance, and respect of people of all kinds. On behalf of the Playstation community our thoughts are with the victims and the families who are affected by the events in Orlando. We stand full-square with them. And we hope that this week of gaming celebration, through the diversity of our gaming community, we can find some strength, comfort, and some solace. The Playstation community stands with our families and friends of the LGBT community, and that they’re all in our hearts tonight.”

I could see people blinking back tears in the audience. During the entire convention, the flags were flying at half staff. It was good to remember that the video game industry was a part of our society, and not removed from it. 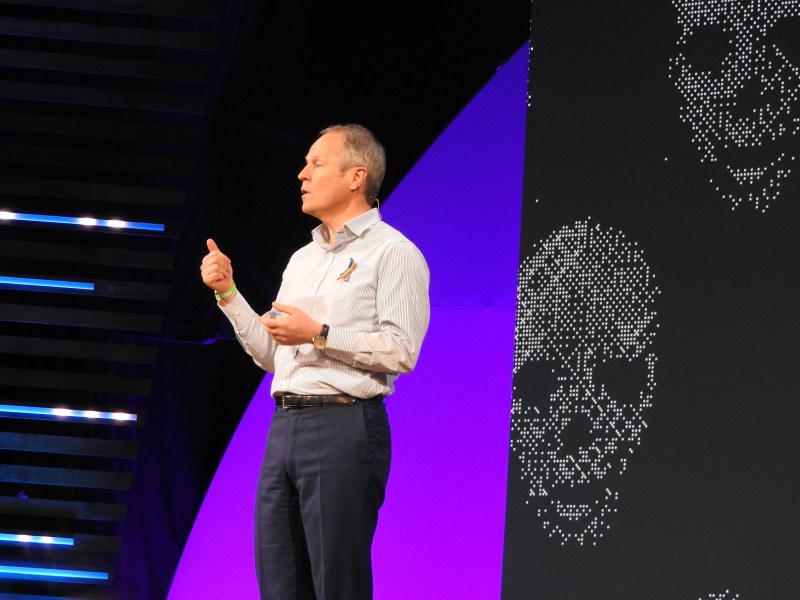 Above: Yves Guillemot, CEO of Ubisoft, gave a heartfelt talk at the close of his press event about the need to take risks.

We also witnessed a less solemn moment, but heartfelt nevertheless, at the close of Ubisoft’s press event. Yves Guillemot, chief executive of the French video game company, came out on stage with his game developers and defended his company against a hostile takeover attempt by French media conglomerate Vivendi. He said, “This year Ubisoft celebrates our 30-year birthday. That means 30 years in the best industry in the world. I love video games because the real innovation and magic comes when our teams and players are free to create. Free to innovate. Free to express themselves. Free to take risks and have fun. That’s what got us here today, and that’s what will drive us for another thirty years and beyond.”

He didn’t mention Vivendi by name, but he was evidently pointing out the threat to creative freedom that a hostile takeover could pose.

Xbox One S and Project Scorpio

Microsoft scored a couple of cheers as it introduced the Xbox One S, with 4K video capability and a chassis that is 40 percent smaller than the original Xbox One. And the company also drew applause as it unveiled its new console, Project Scorpio.

Microsoft’s Spencer said, “Fifteen years ago, Microsoft launched the original Xbox with the goal of pushing console gaming forward. We offered innovative new game franchises on a powerful box with the built-in ability to connect gamers together. And that same spirit of invention, connection, and fun inspires to this day. Now we see a whole new gaming landscape, one being driven by an unprecedented pace of innovation, transformation, and creativity.”

Spencer introduced a video about the next-generation video game console coming in the holidays of 2017. “Project Scorpio will be the next addition to the Xbox One family. And it is ultimately the next step in delivering our vision for the future of gaming beyond generations. When it ships next year, it will be the most powerful console ever built. With six teraflops of power, this is hardware built specifically to lead the console industry into true 4K gaming and high-quality VR.”

The return of Quake

Bethesda tapped into some serious nostalgia on Sunday evening when it showed a screen from MS-DOS on the big screen. As the video rolled, someone typed a BE3 directory, and then typed the letters Q-U-A-K-E. The crowd went nuts. Tim Willets then came out on stage to introduce Quake Champions, the latest version of the multiplayer shooter game that first came out in 1996. The DOS screen was another stroke of brilliance among the Bethesda marketers. 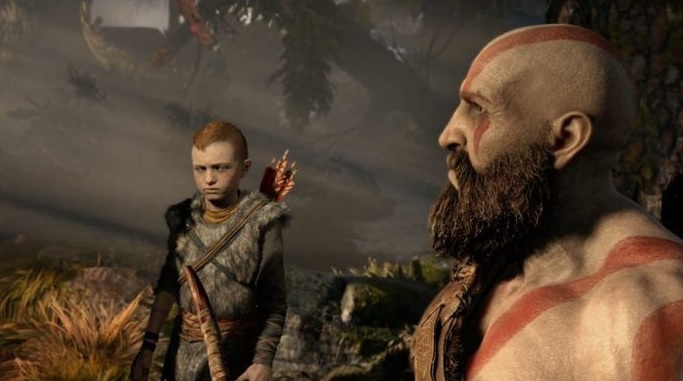 Above: God of War’s Kratos and his son.

As soon as the fans saw Kratos, the God of War, they started cheering. But this wasn’t an ordinary God of War game, as evidenced by the fact that it didn’t carry the game God of War IV. Rather, it is set in the forests of Norse mythology, with a conflation of the Greek and the Norse. This Kratos has a young son, and the young boy clearly isn’t a god. He is just a boy, and Kratos is trying to teach the boy to hunt without blowing his temper. It is a coming of age story about a father and a son. That hooked me. The boy tries to kill a deer, but he misses. Then Kratos gets into a fight with some demons and an epic fight with a troll. The boy finally shoots his deer, but can’t kill it with a knife. Kratos helps him do it, and declares that it’s “a new beginning.” 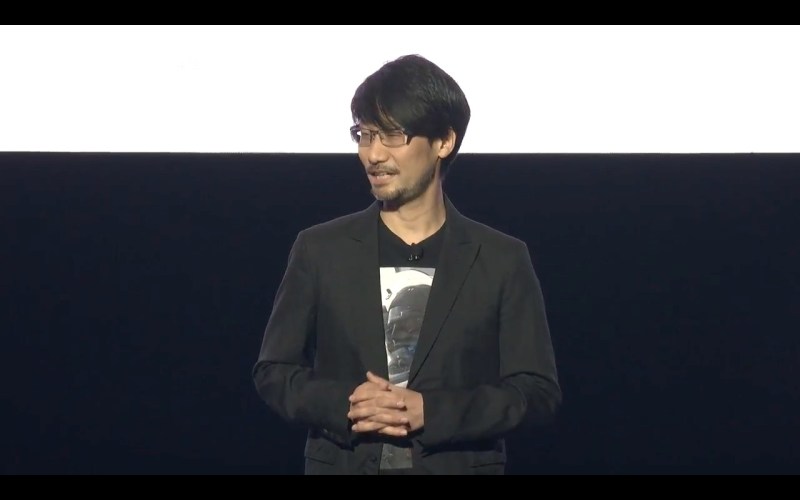 Hideo Kojima suffered an ignoble exit from Konami after three decades. After finishing Metal Gear Solid 5: The Phantom Pain, he left. And then Sony picked him up. At E3, Sony’s game chief Andrew House walked out on stage and introduced Kojima, who drew enormous cheers from the audience. Then he proceeded to show a beautiful but completely incomprehensible trailer from his upcoming game, Death Stranding. 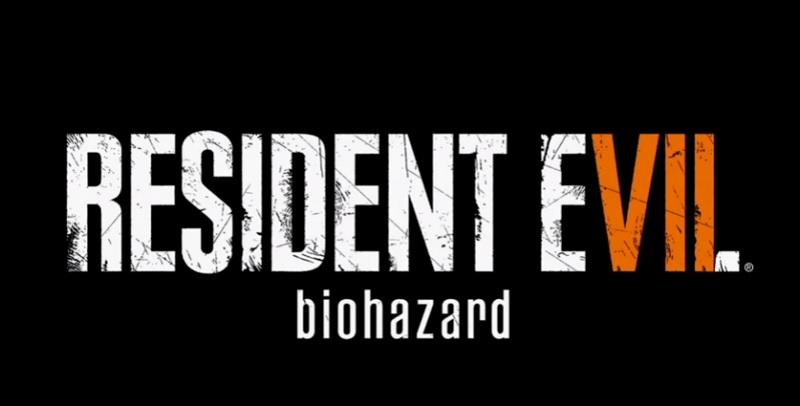 One of the surprises at Sony’s press event was Capcom’s latest entry in the Resident Evil series. It was creepy and spooky, and it once again drew a storm of applause from the crowd. And all the guy did in the demo was walk around a very old house. For a long time, we didn’t know what the game was about. Then the letters for R-E-S-I-D-E-N-T E-V-I-L appeared.

We’ve been suffering from a withdrawal of Marvel from the console game business for a while. We’ve enjoyed the Lego superhero games for the kids. But Insomniac Games, Marvel, and Sony revealed a trailer of the next Spider-Man game that came as a big surprise. The graphics were realistic, as if we were looking at scene from an upcoming movie. The trailer showed a lot of potential for what happens when you take a Triple-A studio like Insomniac and combine it with a superhero franchise that everybody loves. It was another feather in Sony’s cap.

Sony, of course, had the most interesting moments at its press event. It closed that epic event with one of the best demos I’ve seen. Earlier, it introduced the character, Deacon St. John, a drifter and bounty hunter in the days after a virus outbreak triggered a zombie-like apocalypse. He talks about the broken road as all that is left. And at the close, Sony showed the gameplay. St. John goes into an old sawmill in pursuit of a bounty. He scavenges, chases a target named Two Dog, and shoots a frightening zombie child. He goes on a roof and Two Dog attacks, knocking them both off the roof. As they fall, they draw the attention of a swarm of zombies.

The zombies are fast, and they come running. St. John leaves an injured Two Dog behind to be devoured by the zombies. St John flees, and the sea of zombies pursues him. St. John fires his automatic weapon at them, emptying clip after clip. But still they come. The music is pounding. St. John yells, “Come on.” Then the camera pulls back, and you can see how hopeless his situation is as he’s surrounded. Still, he yells, “Come on! Come on!”

It reminded me of how moving it was to see The Last of Us demo as Sony introduced it for the first time in 2012. The speed and number of the zombies — amid the backdrop of such beautiful scenery — reminded me of the panoramic scenes in World War Z. My fellow GamesBeat colleagues disagree, but I think it was as gripping and intense as a demo can get. I am very much looking forward to this game. 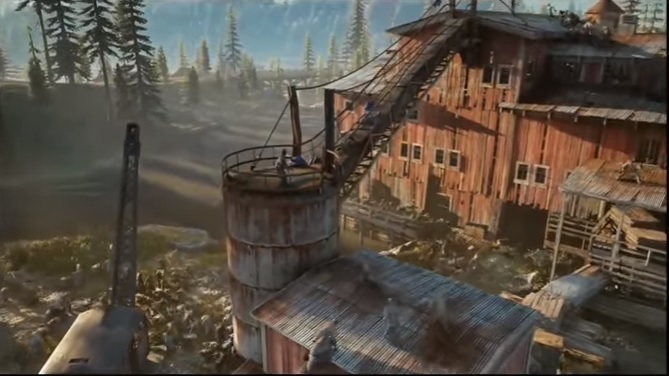