GamesBeat: How much of that blurring turns into the best of all possible markets for you? There’s still a border between hardcore gamers and the mass market, it seems like. Do you see that line disappearing?

It’s hard to segment the market and I try not to. I know hardcore gamers who are technically adept, who can build their own machines, and I know hardcore gamers who aren’t. The ones that are technically adept aren’t any better or worse gamers than the ones that aren’t. They’re different skill sets. For us it’s simple. We build a turnkey solution so you can focus on enjoying your games. If something goes wrong, we’ll take care of you.

If you can build it better than we can, we encourage you to go do that. We have a community that talks and engages about this stuff. We held a modder’s contest a few months ago. That’s not who we’re targeting. We’re trying to simplify gaming. We’ve been doing that for 20 years. Don’t worry about the hardware. Focus on what you love to do, which is enjoying games. We’ll give you all different shapes and sizes and price points for you to be able to do that.

This whole unification between console and PC is going to make it easier for folks to do that. They don’t have to buy into discrete hardware platforms to enjoy their games. They can buy the games they love and play them anywhere they want. As gamers, we’ve wanted that for so long, but the discrete PC and console markets have prevented us from being able to enjoy that. I look at the things we’ve done with the Alpha and with the Steam Machine as very forward-thinking on our part, hopefully leading the industry down this path. 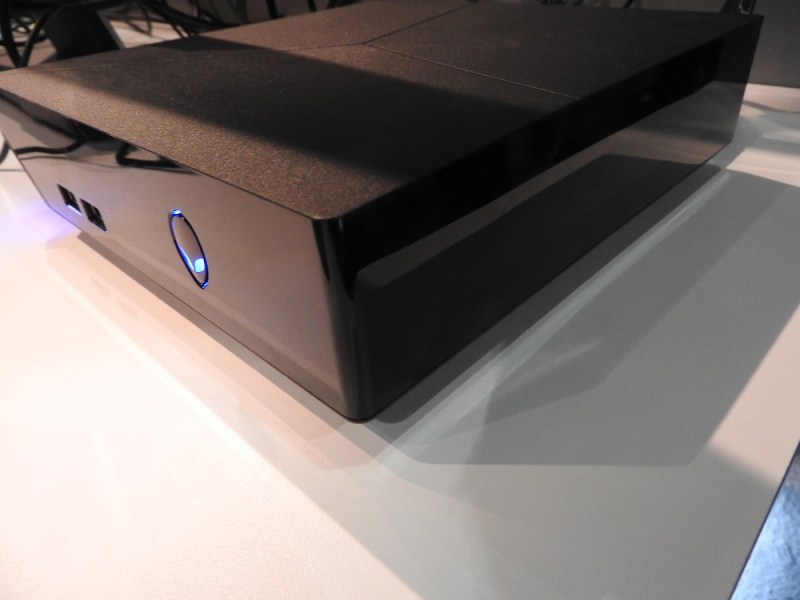 Above: Alienware’s console-like Alienware Alpha PC for the living room.

You can buy an Aurora for $799 with an i3, and a year later you can add all this other hardware. It’ll be virtually none of what we sold you. But if you call us, we’ll answer that support call. We don’t force you to go back to factory components. We build upgradability into all of our machines. That may not appeal to the hardest core of the DIY guys, but for someone who wants a base platform to tweak later, we provide support.

Building the external graphics amplifier, leading the market in doing that—that decision potentially defers a customer from buying a new product from us. Now a customer can get longer lifespan out of their Alphas or Alienware gaming notebooks, versus pushing them to go and refresh their product. It’s not necessarily the best business decision for us, but it’s the right decision for customers.

It’s a pain point to not be able to upgrade your notebook or your Alpha. We set out to solve that. We spent seven years before we were finally able to launch a product, solving the engineering issues. Now the market’s following us and building solutions centered around a different interface, an industry standard to some extent. It’s taken them well over a year and a half to catch up to us.

We trailblazed that path at the expense of PC sales, quite honestly. What does that say about our commitment to gamers? It’s more important to us than business results. 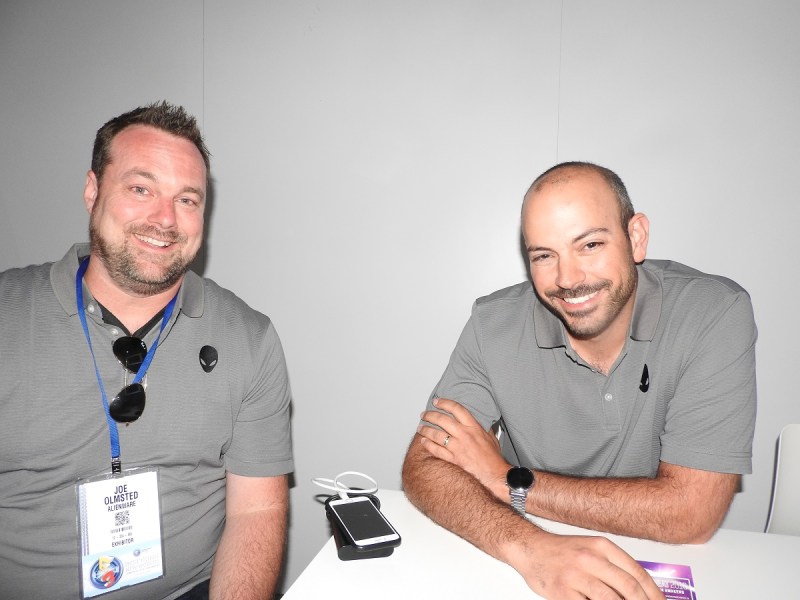 GamesBeat: Where is the VR revolution at now that the first hardware has launched? Are there any trends visible that you couldn’t see before?

Azor: It’s only been three or four months since headsets started shipping. It’s been remarkable how successful they’ve been, but still, it’s a poor indicator of what the future will be like. Certain price expectations were set and they weren’t met. Availability expectations were set and only just met now with HTC’s announcement that they’re shipping headsets in two or three days. The performance requirements and the price of that performance in order to enjoy HTC and Oculus VR—that’s pretty expensive.

We’ve made improvements with the Aurora, bringing that price point down by $100, and we plan to drive that rapidly. AMD is making a huge effort with their new graphics card announcement to significantly accelerate that. We applaud them for doing so.

The limited amount of content is also an issue. But you factor in all those things and consider that it’s still in high demand—as successful as it’s been, I think that’s remarkable. As the issues get solved, especially the availability of headsets, and as price points come down to make entry into VR more attainable, it’ll set up a fair playing field for us to see what the potential of this is going to be. Up to now, almost all the odds have been against it. Because of how compelling the experience is, it continues to defy those odds. That gives me a lot of optimism.

GamesBeat: Back to the blurring part, some things were easier when there was a clear line. A Sony exclusive was a Sony exclusive. Now, it runs on a PS4, but it’s also on PC. Soon, if it’s on PC it’s also on Xbox. Is there a console-only future coming, or is this PC-console combination a big advantage for somebody like Microsoft?

Azor: Gamers have voted with their dollars. The PC gaming market is larger than it’s ever been. It’s eclipsed the console market in its size and its success, if you look at PC software sales versus console software sales. Looking at the innovation opportunities that have occurred in the history of both of those platforms, console has had its one-ups, if you will, but PC, for the majority of that 30-40 year history, has been in the lead.

When you look at VR innovation, which stands to be one of the most revolutionary moments in gaming and the way we consume and interact with media, most if not all of that innovation has occurred on the PC. The new purchasing models – subscription, free-to-play – all emerged on the PC first. If you look at consoles today, they’re more comparable to PCs than they’ve ever been. The architectures are PC architectures. You have what’s basically Windows 10 running on Xbox One, and it’ll be even more Windows 10-like on Scorpio. 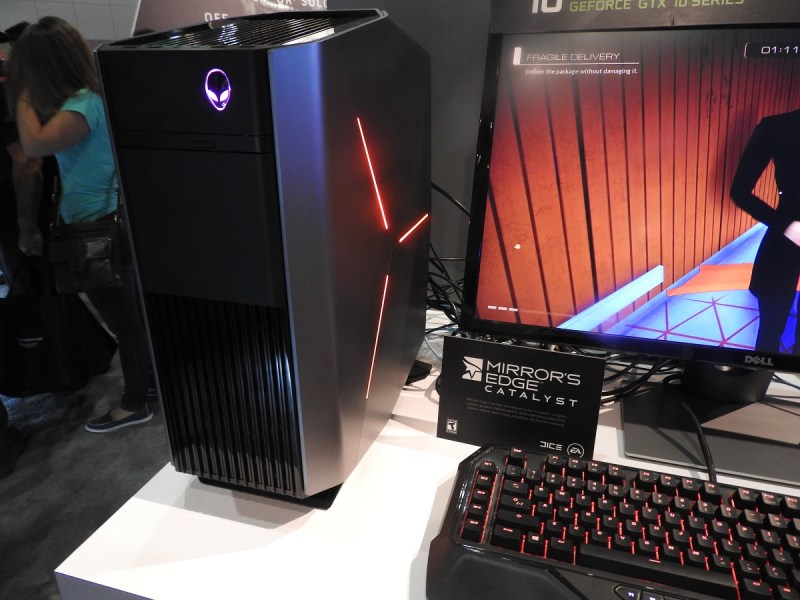 The PC has won. To continue to fight that, I think, will severely limit, if not negatively impact, the traditional model’s ability to survive and succeed. Microsoft is aware of that. They’re demonstrating their awareness and their foresight in the announcements they’ve been making, like Scorpio and UWP and bringing content to both Windows and Xbox.

I encourage the rest of the console makers out there to focus on what makes them special, which is the games, the franchises, the stories they tell, the characters they’ve built. The hardware space is an opportunity for less and less differentiation when it comes to what you can build for $300 or $400. That’s okay. Moving forward, we have an opportunity to do incredible differentiation when you have $600, $700, $800 to invest.

In the future there will still be appliances, still room for guys to go out and build these subsidized boxes at lower price points with limited scalability and limited feature sets, as compared to what some of these more premium, scalable PC architectures have been delivering and will continue to be able to deliver. But the content should be ubiquitous across everything, in my opinion. As much as I want console-exclusive franchises to come to the PC, I want PC-exclusive franchises to go over to consoles as well. It’s not a one-way street. Gamers are going to benefit from that.

We’re gamers. We don’t want to have to invest in three hardware platforms to play all our favorite games. I’d love to buy one platform and focus on playing the games I love.