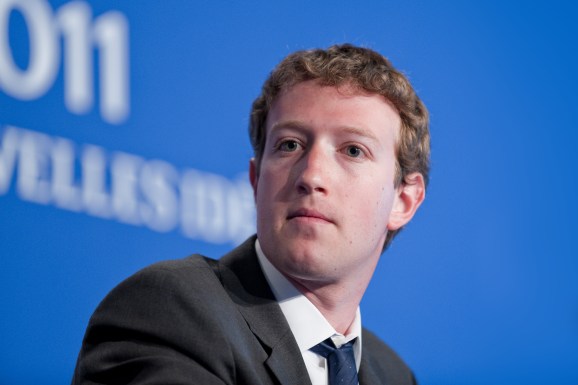 Facebook today held its annual shareholder meeting, and the group approved the formation of a new class of voting shares that will keep CEO Mark Zuckerberg in control as long as he’s with the company. It also re-elected its Board of Directors, including investors Marc Andreessen and Peter Thiel.

Among the list of things set to be discussed include a proposal to issue Class C non-voting capital stock which Facebook announced in its last quarterly earnings. The company claimed that with its approval, Zuckerberg would retain voting control while also enabling the CEO and his wife, Dr. Priscilla Chan, to accelerate their philanthropic activities. Zuckerberg has said he will be giving away 99 percent of his family’s shares to various initiatives to promote more equality in the world.

During the question and answer session of the meeting, Facebook’s CEO said that he was planning on running the company “for a very long time,” which elicited applause. He had been asked whether he would remain connected with Facebook while pursuing charitable and philanthropic activities.

Eight of Facebook’s board of directors were up for re-election, including Peter Thiel. One of the original investors in Facebook, he has come under fire in the past few weeks after it was revealed that he was secretly backing former pro wrestler Hulk Hogan in his lawsuit against tech publication Gawker. Facebook has since addressed the issue, with chief operating officer Sheryl Sandberg saying that Thiel’s actions are his own and don’t represent the company.

If you’re interested, Thiel wasn’t in attendance at the shareholder meeting. He did pen a note to Zuckerberg and Facebook ahead of the vote, according to TechCrunch, and said in a speech last week:

Facebook has put people back at the center of technology and the center of computers. And this may sound banal and trivial today but this was certainly not the way people were talking about technology and Silicon Valley in 2000. It was all about data, information, ‘organizing the world’s information’… It was about replacing and substituting humans with computer algorithms, automated directories of one sort of another, and I think this idea that computers would somehow replace people was the dominant theme in Silicon Valley if you had to talk about it 15 years ago. What Facebook has never been about [is] replacing people or substituting computers for people but instead using computers to bring out the best in existing human relations and in this way bring people back to the center.

The move wasn’t really surprising, as Zuckerberg retains majority control of the company and had considerable influence on all the proposals. As a case in point, all of the shareholder-submitted proposals were rejected, including those asking Facebook to do reports on gender pay equity, giving shareholders more say in the company, and sustainability.

Zuckerberg was also asked about whether Facebook would combine Facebook Messenger with WhatsApp. He denied that there were any such plans, saying that there’s “a lot of space for both to grow” and that they represent different “utilities and philosophies.” The bigger opportunity to go after is to provide the community with both tools than to combine both of them together.

When asked about whether the social network would enter China, Sandberg remarked, “We’re learning about and studying the Chinese market.” Facebook’s COO said that she spent the past week in the country working with businesses there.