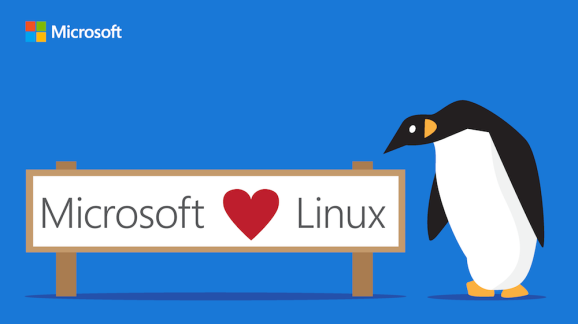 Microsoft today is announcing new capabilities for running applications in containers — an alternative to more traditional virtual machines — both on its Azure public cloud and in companies’ on-premises data centers.

Rather than simply drop the news in a blog post, today Mark Russinovich, Azure’s chief technology officer, is taking the stage at container startup Docker’s Dockercon conference in Seattle to demonstrate some of the new features.

All that it takes is “just a few clicks,” Russinovich told VentureBeat in an interview before his appearance at Dockercon. Azure Resource Manager templates are the key to the ease of the deployment.

Russinovich is also showing the next step in Microsoft’s journey to bring its SQL Server database software beyond Windows. In March the company said it would bring SQL Server to Linux, and so today, naturally, he’ll show SQL Server on Linux running inside a container that’s managed by Docker Datacenter — in a virtual machine on Azure Stack.

Linux containers in general, and open source Docker specifically, have been very relevant to Microsoft, as it sells Windows Server server virtualization software that runs and manages applications in virtual machines, and the company also rents out compute infrastructure in Azure. In the past three years many developers have embraced the technology, and so Microsoft has taken many steps to embrace it too, rather than shake its head and hold its nose.

On the cloud side, it launched the Azure Container Service. On premises, Microsoft has introduced Hyper-V Containers in Windows Server. (Other cloud infrastructure and virtualization companies, from Amazon to VMware, have also taken steps to integrate containers into their products.)

And sure enough, Microsoft is bringing some of the container technology it introduced on premises over to the cloud side. Windows Server Containers will now work with the Azure Container Service, meaning that developers can use it with either Windows or Linux.

Finally, Microsoft is sharing a statistic on adoption of Linux inside Azure.

“In just a year’s time we’ve gone from 1 in 4 of our Azure virtual machines running Linux, to nearly 1 in 3,” Russinovich wrote in his blog post on today’s news.