Call of Duty is already one of the most popular game franchises on Earth, with more than $15 billion in sales over the past decade. But Activision Blizzard, whose Activision Publishing division publishes the series, wants to make it even bigger by marrying the first-person shooter with the esports phenomenon.

Esports is expected grow to $892 million by the end of this year, market researcher SuperData forecasts.

Activision Blizzard moved deeper into esports when it formed a division for it last fall and then in January acquired Major League Gaming, one of the biggest esports leagues, for $46 million. During the Electronic Entertainment Expo (E3), we talked with Jay Puryear, director of brand development at Activision’s Treyarch studio, about the emergence of Call of Duty as an esport.

Activision has moved the Call of Duty Championships from March to September, which allows the company to hold its finale during the Call of Duty XP fan event. That event will bring together 32 competing teams, and it will have more than $2 million in prizes. 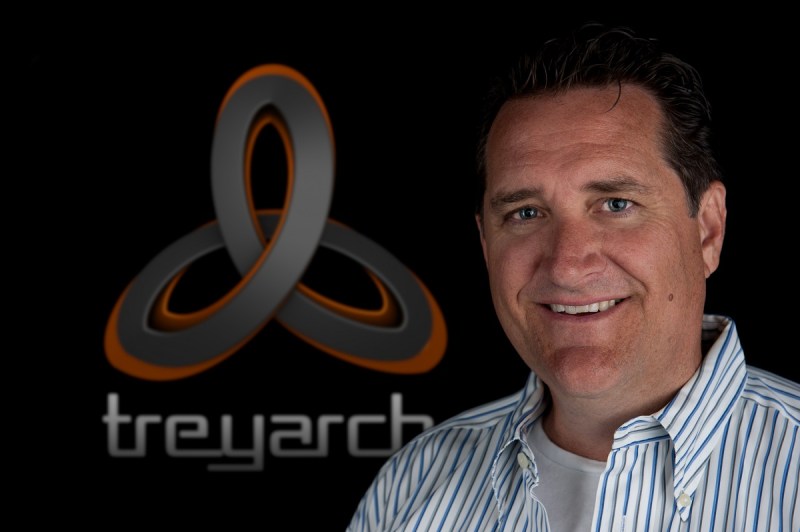 Above: Jay Puryear, director of brand management at Treyarch.

GamesBeat: Can you talk about how that MLG Anaheim went?

Jay Puryear: We had more than 100 teams competing at the MLG Anaheim Open. Anaheim is a great event for us. The fans show their support. We had wonderful attendance. It really felt like a sporting event. The fans came out with banners and pictures of players. They’re really into it. We had some great competition over the weekend. For us, coming to Anaheim and seeing the crowd react to the World League and Call of Duty itself, it’s great to see in person.

GamesBeat: How is the overall esports strategy shaping for Call of Duty, now that you have MLG as well?

Puryear: Over the last few games, ever since Black Ops II, Treyarch has introduced a lot of new features like the broadcaster mode, where they can give partners like MLG the opportunity to broadcast a spectator-friendly view. They can follow players and see loadouts. There’s a mini-map that shows up. All that helps push forward the agenda with Activision.

Call of Duty World League, looking at it from a franchise level, isn’t about just Black Ops III. It’s about building a strategy around the esports community to develop tools and game features that allow the community to follow the franchise, regardless of which game they’re following. This year it’s Black Ops III. Next year it’ll be Infinite Warfare.

With the old structure, the Championships would have already happened. We’re extending that to the fall for a full year of multiple regional championships and things like that, culminating at Call of Duty XP. 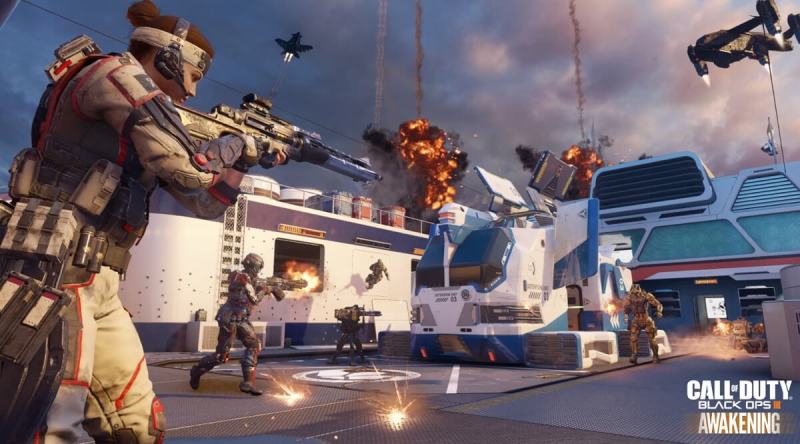 Above: Skyjacked map in Awakening DLC for Call of Duty: Black Ops III

GamesBeat: Does that coincide with content releases, the DLC? Or does that not really factor in to your schedule?

Puryear: It’s not necessarily something we look at when we’re developing the esports strategy. It’s about doing everything we can as far as how we can support Call of Duty and the community. If there happen to be beats along the way that correspond with DLC dropping and so on, we try to separate them a little bit. A lot of activity goes on in the Call of Duty universe at any one time, between DLC and other content drops and our CWL.

We have weekly matches that we broadcast through the live events viewer in the game, allowing players to watch the stream inside the game. We also have major LAN events like Anaheim. We have another one July, and Orlando in August.

GamesBeat: I don’t know if you saw EA’s announcement about different tiers in their esports program. They’ve separated it into an amateur level, a league level with partners like ESL, and EA Majors, an EA-only tournament level. How do you guys put together your own structure compared to that?

Puryear: Our strategy has been, we have a pro level. We have three regions in North America, Europe, and Australia-New Zealand. Each region has their own pro team that participates in the prize pool on the CWL level. For the amateur teams we’ve created what we call a challengers division, where it’s open to all players that can participate in online events. MLG will run some of those for us as well. We’ve also worked with partners in Europe and Australia.

That lets players and event organizers create their ecosystem, what’s good for region to region, and all the while teams and players can participate and earn Call of Duty World League points. It gives them what we call the road to champs. Amateur players and pro players have an opportunity to earn points, and based on their rank when we get into the qualifiers, that allows them to potentially play at the pro level.

GamesBeat: What’s coming up ahead? You’re culminating in this year’s XP event, right?

Puryear: Correct. Our championship, all the CWL points players have been earning at events since January — we’ll have 32 teams arriving in the first week of September. They’ll start competing on the first, and that will culminate on Championship Sunday at Call of Duty XP. The season runs from January through September. 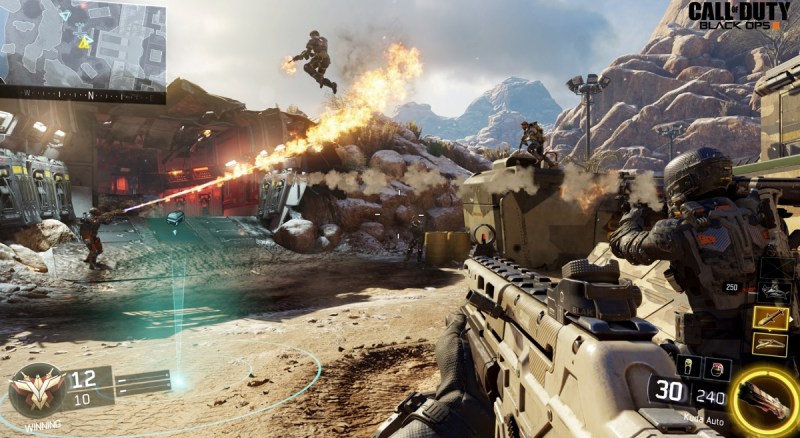 GamesBeat: That’s a little different from the original Call of Duty XP. How has holding the championships there changed the way the event works?

Puryear: Back when we had the first Call of Duty XP, we did have some pro teams there participating. It wasn’t nearly as organized as what we have this year. But having the championships at XP, we expect it to be a bit more of a spectacle. People have been following players and teams. It’ll culminate in a wonderful fan community event. You can go and watch the championships, see who’s going to win the $2 million-plus we’ll be handing out, and participate in activities like paintball and other things. And of course we’ll have hands-on with the next title.

GamesBeat: What are you observing about teams and players and the celebrity they’re developing?

Puryear: For me it’s fun to watch. One of the reasons Activision wanted to get involved is really to add some structure to competition. With Activision behind Call of Duty esports, it allows players to focus more time on practicing. They realize that Activision is serious, and we’re seeing players maturing and taking the sport seriously as well. They’re helping us grow the sport.

Players are definitely becoming more famous. It’s exciting to see that all the hard work and dedication they’ve put in over the last few years — they’re starting to be recognized for their talents.

GamesBeat: What do you think still has to be improved, either in the way competitions are organized or in how the games are designed for esports?

Puryear: From our side, we’ve found a lot of key learnings. It’s like the first year of anything. There are things we can do on our end to help promote the activities and what we’re doing. There’s some league structure that we need to look at. The other part of that is making sure that, as we progress through the years, we’re continuing to push the game and making sure it has the necessary tools to support the CWL in its feature set. We’ll continue to push both the league and the game.

We have regular meetings with players and organizations to get feedback. We have an open dialogue with all the participants. We’re working together to move forward, especially with MLG on board, to build our live events and our broadcasts. Now that we have all the pieces, we’re moving together as one team to make the league even better.

GamesBeat: What’s your view of the maturity of esports in general?

Puryear: Right now we’re moving pretty fast. The scene is going to mature very quickly over the next few years. A lot of games are in this space. We’re all going to push each other. Everyone is going to discover some key learnings. Things that make sense for them might not make sense for us, but that core idea is important. We’re going to formalize what we mean when we say esports and what it’s about. 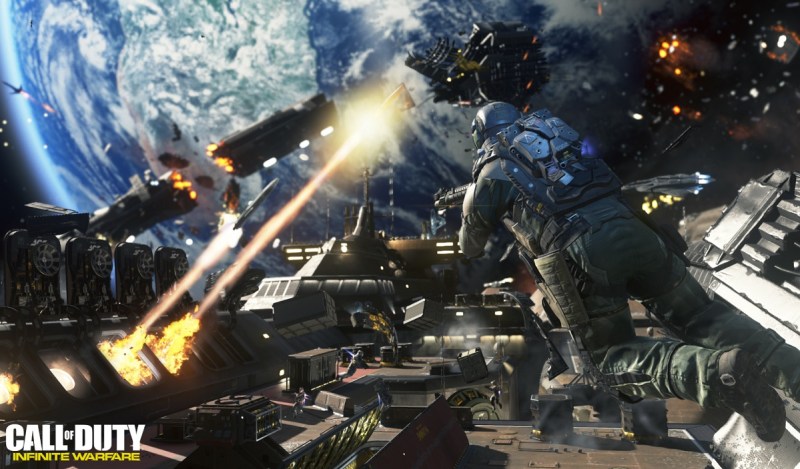