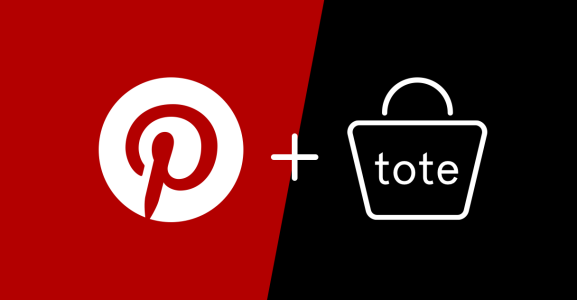 Pinterest announced today that it has made another acqui-hire, picking up the team behind the mobile commerce app Tote. While the visual search engine hasn’t released any financial details of the deal, we’re told that Tote cofounders Mike Bidgoli and Langtian Lang will be joining Pinterest to work on growth and monetization. It doesn’t seem that the third cofounder, Abuzar Amini, will be joining.

The technology behind Tote hasn’t been picked up, and as a result, the app will be shut down on July 15. The company has already released a service for Tote users to import their content directly to Pinterest.

Started by Bidgoli, Lang, and Amini in 2014, Tote sought to “shop the looks,” meaning that you could buy directly from bloggers and trendsetters without having to jump to the traditional ecommerce sites. In a Medium post, Bidgoli remarked that the inspiration for the app came from his wife, an avid online shopper:

In 2014, I noticed a shift in her online shopping behavior. Instead of visiting her favorite retailers’ websites and scrolling through endless items, she was browsing influencers on Pinterest, Instagram, and fashion blogs. The most fascinating part was that discovery was prioritized over shopping and shopping was a natural byproduct of discovery, not the other way around.

The experience the Tote team has will likely come in handy at Pinterest since they’ll work to improve the way we shop on the popular service. Pinterest already has Buyable Pins that facilitate purchases directly within its app, so Bidgoli and Lang’s involvement could expedite adoption. Bidgoli will be joining as a product manager, while Lang will assume the role of a software engineer at Pinterest.

For those looking at the Tote app in the App Store, the company’s name was listed as Sidewalk Labs. This might ring a bell because Google’s parent company Alphabet uses that name for an urban planning unit. However, the two are unrelated, and in 2015, the company behind Tote rebranded to Uptown Labs to match the name of their inaugural app.

This is the latest acqui-hire that Pinterest has made this month. More than a week ago, it acquired the team behind the smart keyboard app Fleksy and added half of the team to its mobile platform engineering departments.

Tote raised an undisclosed angel round of investment in February from Plug and Play, Tim O’Shaughnessy, and Adam Foroughi.