I am a coward.

I do not like horror movies. I feel the same way about scary games. I’m the guy who prefers the Resident Evils that focus more action. The ones that are creepy and full of jump scares? No, thanks.

So imagine my distress when I realized that my Capcom booth tour at the Electronic Entertainment Expo at Los Angeles would include a virtual reality demo of Resident Evil VII on the PlayStation 4 VR, which is taking the series back to its horror roots. I was nervous. I could feel my heart racing as I walked through Capcom’s booth, itself designed to look like a creepy, old house. Even the small room my demo took place in looked like something out of a horror film.

The virtual reality experience is in first-person. I walked around a haunted house. It gave me objectives like searching for a key or a hidden door. My personal goal, however, was to avoid anything remotely scary. I walked slowly. When I was following other characters, I trailed far behind. I knew that something was going to jump out at them, and I didn’t want to be anywhere near them when it happened. The poor Capcom employees showing me REVII had to give me verbal encouragement to get closer so that I wouldn’t miss an important clue.

I was my own worst enemy.

Minus a couple of moments, the demo wasn’t that scary. I spent a lot time worrying that something would jump out, but the game only made me suffer through a few frights.

But I felt another unpleasant feeling throughout the demo: nausea. 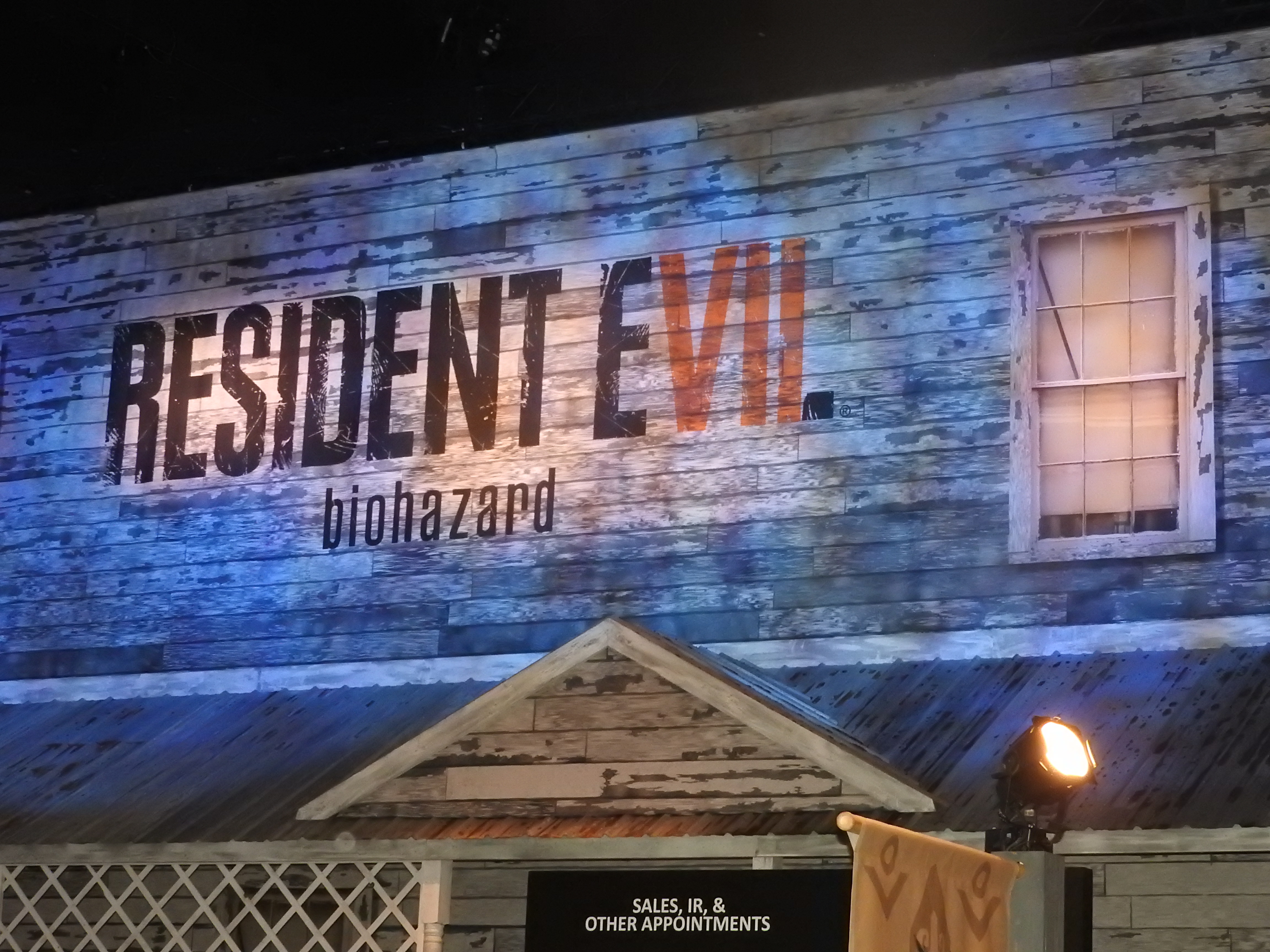 Above: Capcom had Resident Evil Biohazard in VR.

I’m OK with most VR games, but I always get sick in first-person experiences with traditional controls. Even though I’m moving around a relatively realistic environment, my body knows that it’s just sitting still. The sickness gets worse when I use the controller to look in one direction while my head turns in another. It’s completely disorienting.

By the end of the demo, I was ready a cool rag. Between my constant fear and nausea, I was happy to leave that virtual house. I’m not saying that hated the game. Resident Evil VII’s atmosphere will surely please gamers who enjoy scares. I also admit that it was fun to challenge myself and play something out of my comfort zone.

I might be able to summon enough bravely to play the full game, but I’ll pass on the VR.