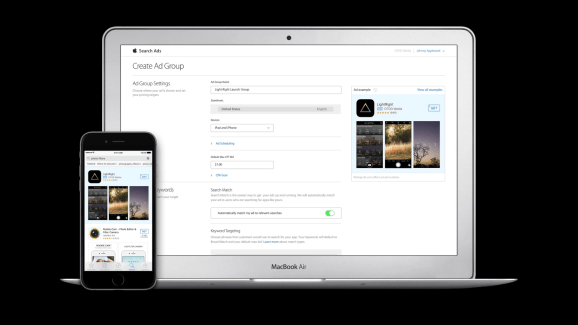 Since Apple announced plans to place app-install ads at the top of search results in its App Store, many have wondered how the program will impact independent developers with smaller marketing budgets.

Some, including The Loop’s Dave Mark and Mac developer Michael Tsai, have even speculated that the change could be detrimental to indie app makers.

However, Apple tells us it that it has worked hard to make sure that the search ads lead to more downloads of apps from smaller developers.

The new program has certain features that are designed to encourage this, and Apple highlighted those features in a session at its WWDC developer conference last week:

When considered together, these features may help Apple distinguish its implementation of app-install ads from that of Facebook, Google, Microsoft, and Twitter, especially in the eyes of small teams with limited money and resources. If things work out, some of the standards Apple has put in place could become more widely adopted.

In the past few days, Apple has started giving developers access to App Store search ads in beta. People have asked for this sort of thing for years, Apple says.

The ads have started showing up for some people — specifically Apple Developer and Apple Beta Software program members. These ads will be more widely circulated in the App Store in the U.S. this fall, in time with the release of iOS 10.