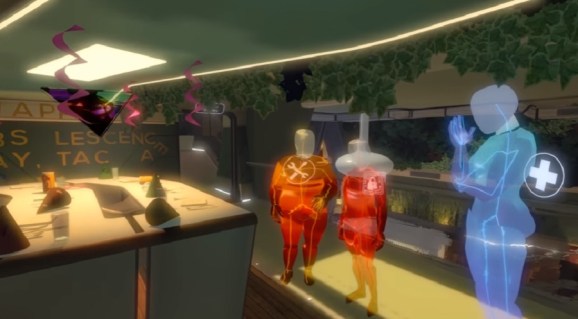 You see the crew of Tacoma through an augmented reality system.

One of the most promising indie games coming for Microsoft’s platforms is Tacoma, the latest from the creators of Gone Home at the Fullbright Company. I got a good look at the PC and Xbox One game at the recent Electronic Entertainment Expo. It’s an original work that draws on some memorable space adventures such as 2001: A Space Odyssey.

It shares a lot with Gone Home, a breakout indie of 2013 that focused on “storytelling exploration.” It is interesting how Fullbright can take its setting as far from the physical space of Gone Home, and yet create the same kind of story.

Tacoma is a way station within the solar system. It’s like the station in 2001, with a spinning circle that creates centrifugal force and simulates gravity for the crew. Six people maintain the station, and they can be posted on Tacoma for a year or more. And they get help from Odin, who keeps things running day to day on the complex facility. 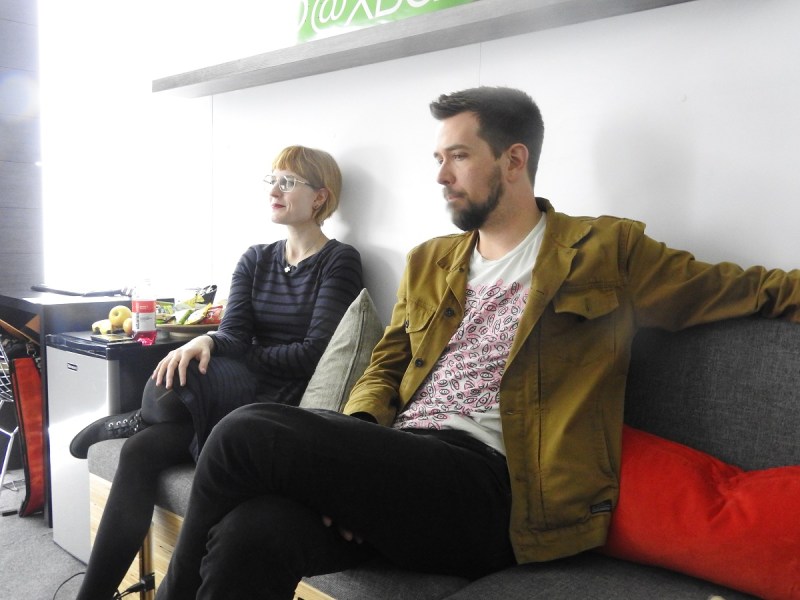 Above: Fullbright Company cofounders Karla Zimonja and Steve Gaynor. They are working on Tacoma. 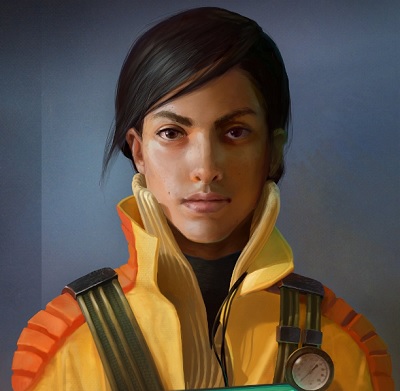 Above: Amy Ferrier is the protagonist of Tacoma.

“If everything was going perfect and according to plan, we wouldn’t have to make a video game about it,” deadpanned Steve Gaynor, cofounder of the Fullbright Company, as he showed off the game along with cofounder Karla Zimonja.

When Amy arrives onto the lunar transfer station Tacoma, she begins communicating with Odin and logs into the ship’s augmented reality system, which records everything that happens to Amy. It also has records of everything that happened to the crew. When Amy passes by a spot in the station, you’ll notice a place where you can initiate a playback. Then you will see a scene play out between the crew members, who are animated in a kind of digital illustration, like color-coded ghosts. Amy can distract herself by playing basketball in zero gravity.

Amy has access to AR databases on each crew member, so she can understand more about each crew member. She can also observe scenes involving one crew member where there were no other witnesses. It’s kind of like a voyeur’s dream. You can pause and rewind the scenes and move through them to view them from every angle.

“The thing that defines life on Tacoma is the augmented reality system,” Gaynor said. “This is digital information overlaid on her view, synced with the physical world.”

She can also use it to get information from Venturis and dig up data that would normally be private for the crew members. The crew is quite diverse, with four of them being women, and, like Gone Home, the title has a female protagonist. Zimonja said that was deliberate, as it’s always more interesting to explore people and subjects who aren’t normally front and center in the media. Amy is an Indian American.

“Tacoma is a story about people, at its heart. It’s about how the six people are thrown together in a situation,” Gaynor said. “And how crisis can pull them together or tear them apart.”

Amy also comes into the story herself, Gaynor said. He also said that Odin is definitely going to remind people about the rogue computer HAL 9000 in 2001.

The AR system is one of the most interesting storytelling mechanics, akin to the notes left behind by the protagonist of Gone Home. You have to pull the details of the narrative out of the environment. Tacoma isn’t shipping until 2017, and we don’t know if it is a horror game, a sci-fi story, a romance, a drama or something else. We do know it’s a mystery.