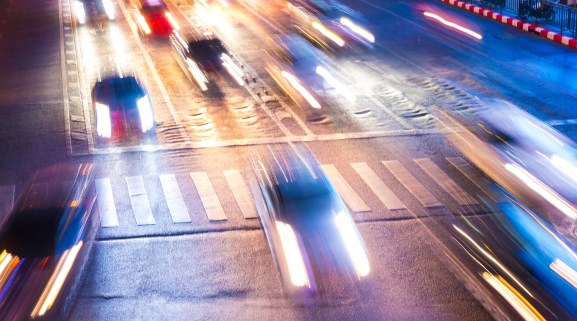 With the app evolution coming off a high, there is a wide misconception of an “app slowdown” in today’s market. The assumption is that, with download rates not as high as previous records, the app boom is over with. But this theory is wildly off course. In fact, the app economy is the fastest growing economy in the world, outpacing global markets 10 times over.

The root of this misconception comes from focusing solely on download rates. The growth of the app economy isn’t dependent on downloads; it’s dependent on revenue. And revenue means usage.

The app economy is behaving just the way we would expect any healthy new market to behave: an immediate spike at inception, followed by a leveling out to a more stable growth pattern.

In fact, the market continues to grow at an impressive rate: Our forecast report at App Annie projects that the app economy will surpass $100 billion in gross revenue by 2020 with 20% compound annual growth rate (CAGR) over the next five years. Though the momentum of the market may not be accurately reflected through current download rates, in-app usage is climbing — and will ultimately drive significant growth.

Usage is the new currency

Simply put, the more time users spend in an app, the more opportunities businesses have to reach their customers, retain their customers, and ultimately increase revenue. For a clear and holistic picture of either the app industry at large or the success of an individual app, we need to look beyond downloads and dive into usage metrics like active users, retention, sessions, and time spent.

These four key metrics present the bigger picture of just how prevalent mobile apps are in global users’ day-to-day lives. Not only is overall mobile activity continuing to rise, but the time spent in apps is also spiking: Consumers spend about 90 percent of their time on their phones in apps vs. the web, increasing overall time spent in apps by over 60 percent year-over-year.

Downloads are on the way up in emerging markets

Given the years leading up to this widespread mobile adoption, it’s true that app downloads aren’t growing at the same rate they used to in developed countries like the U.S. But what many neglect to see is the potential of the app economy at a global scale. Download rates are skyrocketing in emerging markets like India and Brazil, where there is an influx of first-time mobile owners. In fact, App Annie expects emerging economies to account for 40 percent of worldwide app store revenue by 2020, with a CAGR of 29 percent. And as these countries adopt their own mobile strategies, additional increases in in-app usage will follow suit, contributing to the rise of the overall app economy.

These types of emerging markets are seeing lucrative investments in telecommunications and Wi-Fi infrastructure. As these markets continue to gain access to increasingly affordable devices with expanded features and faster networks, their role in growing the app economy will only continue to scale.

For app publishers to succeed in these emerging markets, they need to make their footprint early and begin tackling competitors head on. The market is getting crowded, so new and unique monetization strategies are critical for long-term success.

All in all, the health of the app economy is surging, not slowing down. Mobile is the primary screen for consumers worldwide and the app economy will continue to grow. Therefore, businesses that want to stay competitive need to make their investment in mobile a priority, not an afterthought. The concept of an app slowdown is a myth. The latest usage stats show a strong and healthy future for the app economy — it’s important for businesses to focus on where the opportunity is.