We’ve been talking about the need for more transparency in mobile advertising for quite some time, so what’s the holdup? Turns out the answer is simple: We haven’t been ready.

The perceived delay in transparency is actually in line with the industry’s natural progression. As advertisers’ adoption of mobile ads increases, so will transparency, just as it did with the maturation of desktop.

Consumers’ embrace of mobile devices is well-documented, but many advertisers are new to (or have yet to enter) the mobile space. There is still a $22 billion gap in mobile advertising in the U.S. alone, according to Mary Meeker’s 2016 trend report, but mobile advertising is predicted to grow significantly over the next five years. This growth will generate more revenue, which can then be put back into the industry to fund developments that improve efficiency and effectiveness — transparency-enhancing tools chief among them. As transparency improves, brands will feel more comfortable investing in mobile, creating a virtuous cycle.

What transparency means to mobile publishers

Mobile publishers are clamoring for transparency in part because they are concerned with ad quality, which can be challenging to enforce when you’re working with a lot of different advertisers. Because brands’ mobile spend is still limited, publishers and users are often subjected to low-quality, annoying mobile ads from less desirable advertisers.

Transparency also means a more complete understanding of pricing, which cannot be achieved unless publishers know which ads are being served and how they are performing. Let’s take a look at how mobile advertising is sold, and how these different methods affect transparency.

Ad networks, such as Google’s AdSense or the Facebook Audience Network, manage inventory from a wide variety of publishers and sell it to advertisers at a higher rate. This is an efficient way for publishers to access a large pool of already existing advertisers that buy on the Google and Facebook platforms and owned properties. It can also prove cost-effective for buyers since they can negotiate deals that might not be possible through other, more open means. Despite these benefits, there is a glaring disadvantage: lack of transparency. These closed networks do not disclose how much advertisers are actually paying for ads, so it is difficult for publishers to understand their market value and to feel confident they are getting the best deal for their inventory.

On the other hand, ad exchanges allow publishers to see exactly at what price impressions are being purchased. Exchanges aggregate a variety of supply and demand sources and allow almost anyone to buy and sell on their platform. This can make it harder to weed out fraud and low-quality traffic, but publishers value the transparent access to a greater volume of potential advertisers.

Independently of which exchange they use, in order to get access to more demand and better pricing/visibility, publishers started using technologies such as header bidding, a rapidly growing approach to digital advertising that allows publishers to access multiple exchanges and, in turn, an even greater number of potential advertisers.

Other industry developments that demonstrate the market is ready for, and already moving toward, enhanced transparency include AppNexus’ recent launch of an open video marketplace and Google’s approach to ad traffic quality control that allows publishers to view what ads are being served and to raise a red flag when they’re concerned. SSPs and ad servers are also creating more internal mechanisms to improve transparency, as well as partnering with third-party solutions such as GeoEdge that provide ad verification and visibility tools for publishers, exchanges, and networks.

Brands’ big marketing budgets will contribute significantly to the further improvement of the mobile advertising ecosystem. The $22 billion gap in mobile spending is indeed colossal, but it is actually a $3 billion improvement from the $25 billion gap of 2015. Mobile spend is increasing. In fact, it is poised to overtake desktop advertising for the first time. According to recent research from eMarketer, advertisers are predicted to spend $22.58 billion in the U.S. on display-based formats; of this, 77.5 percent will be used to reach people on their mobile devices. Brands’ increased spend is both a cause and a consequence of increased transparency. The more transparency improves, the more confident they will feel spending their advertising dollars, as they will have a better understanding of how their campaigns are performing and feel confident in the overall advertising experience, including the quality of publisher site, the ad, and the audience.

A larger, more mature industry has concomitantly more mature technology needs. In 2016, we have seen, and will continue to see, significant strides on the transparency front. The industry is ready to prioritize transparency, but there is no reason to think we’re off schedule. We’re not late — we’re right on time. 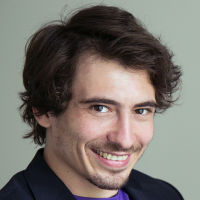 Ionut Ciobotaru is cofounder and managing director of PubNative, a mobile publisher platform fully focused on native advertising for apps and mobile web.