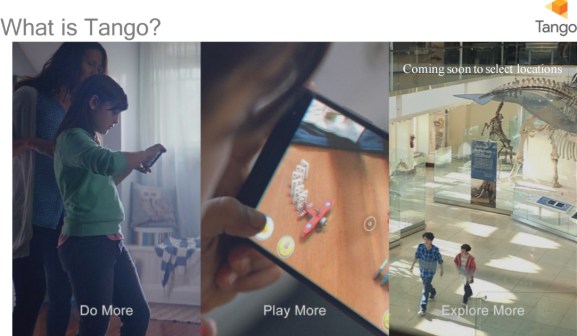 The world’s biggest mobile chip maker announced that its Snapdragon 652 and 820 processors both support Tango, a technology that enables someone to use a tablet or smartphone with animated information overlaid on the real world. Tango can, for instance, allow someone to literally visualize what a piece of furniture would look like in their own home. The Qualcomm support means that Tango, which has support from phone makers such as Lenovo, could get into the market more easily.

Augmented reality is expected to become a $120 billion market by 2020, according to tech advisor Digi-Capital.

Qualcomm said that future Snapdragon 800 series and 600 series processors will support Tango. All Tango sensors and algorithms will be hosted by the Snapdragon processor, alleviating the need for extra processors in a mobile system. The total power consumed is less than 2 watts, low enough to be used in a smartphone.

Google recently showed off a wide variety of Tango applications.