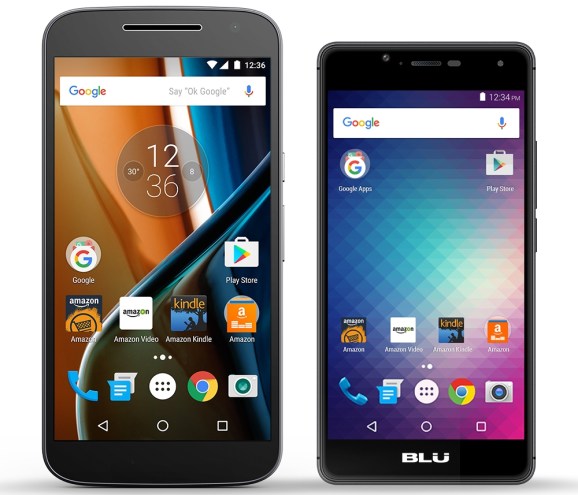 There are two Prime exclusive devices available at present — the $50 BLU R1 HD and the $150 Moto G. Both can be preordered today, with shipping starting on July 12, and both can be had for $50 off their sticker price.

The internet giant is touting as one key benefit the fact that the phones are “unlocked,” meaning they can be used on any mobile network. But dig down into the details, and Amazon reveals that in exchange for this deal, users will see “personalized offers” and ads on the phone’s lockscreen. They can tap to learn more about an offer or unlock their phone to dismiss it.

“Customers love the freedom of unlocked phones — it’s the fastest-growing category within cell phones on Amazon.com — so we set out to find a way to make them even more affordable for our Prime members,” said Laura Orvidas, vice president of consumer electronics at Amazon, in a press release. 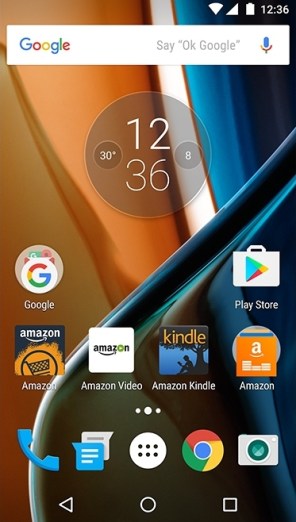 While Amazon’s first foray into smartphones — with its own Fire phone — is perhaps best consigned to the footnotes of history, the Seattle-based company clearly still harbors ambitions in the mobile phone realm. On this occasion, it has elected to use partners and has also decided that the full version of Android — replete with Google’s services — was the safest bet. (The Fire phone used Amazon’s own forked flavor of Google’s mobile operating system.)

As you’d expect, Amazon is using the tie-ups to shoehorn its own services into the BLU and Moto phones and is promising a single sign-on experience that “provides Prime members easy access to their Prime benefits through the most popular Amazon apps,” which include Amazon Video, Prime Music, and Kindle. But the lockscreen is prime real estate and central to Amazon’s strategy.

The lockscreen has emerged as a useful place for consumers to receive alerts and notifications relevant to their lives. But it is also a lucrative advertising space, and to capitalize on this, a number of startups have launched over the past few years, including Locket, Adenda, and Unlocked, the latter having raised $12 million earlier this year to bring ads to users’ smartphones in exchange for discounts and financial perks related to their mobile phone bills.

Amazon has previously offered lower-priced Kindles and Fire tablets for those who opt into ads on the lockscreen, so it should perhaps come as little surprise that the company seeks the same mindshare on phones. Tablets and ereaders aren’t omnipresent in most consumers’ lives, but few people ever leave home without their smartphones.

“We currently offer low prices supported by lockscreen offers and ads on our Fire tablets and Kindle ereaders, and they’ve been a hit,” continued Orvidas. “In fact, the vast majority of customers choose the lower-priced option. Now we’re lowering prices in a similar way on new, unlocked smartphones, working with two of our best-selling brands, BLU and Motorola.”

Whether Amazon shoppers can be swayed to purchase a low-end Android phone for $50 savings and the promise of being persistently “sold” to remains to be seen.