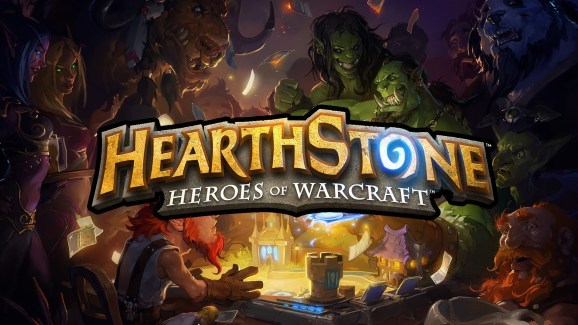 Hearthstone is one addicting card game.

Some people complain that despite being free-to-play, you need to pay-to-win if you want to succeed in Hearthstone. One player went out of his way to prove that isn’t true.

PawełHS is a professional player has hit Legendary, the highest rank in the digital card game’s Ranked Mode, multiple times in the past. For a new challenge (which he detailed on Reddit), he started a new account and try to reach Legendary without spending any money. Joost van Dreunen, analyst at market research firm SuperData Research, told GamesBeat that Hearthstone makes $20 million a month, and it’s the leader in the $1.2 billion digital card game segment. This money largely comes from players buying packs of digital cards.

For his challenge, PawełHS used the cards that you start with, the three free packs you get with a new account, and more cards earned from one Arena run (this mode lets you construct a deck from random choices that include all the cards in the game, not just the ones you own, and your reward are card packs) to make a Pirate Warrior deck. You can see what’s inside the deck here. He reached Legendary in just three days with this deck, with a record of 138-75.

You can watch when he hits Legend in the video below.

Now, obviously skill is important in Hearthstone. PawełHS was able to do so well because he’s played a lot and knows what cards he needs to use to optimize his chances of winning. Still, this shows us an important lesson: You don’t need to spend a lot of money to succeed in Hearthstone. And while randomness will always play some kind of role, you can minimize its impact with smart planning.

Three days is a short period for any deck to climb the Ranked Mode ladder. I’ve been playing Hearthstone since its launch in 2014, and my best rank for a month was 5 (you reach Legendary at Rank 1). Some say that it’s too much of a grind, complaints that Hearthstone lead designer Ben Brode has acknowledged.

@TheNubaHS I think there is room for improvement. We've been discussing it recently.

It’s a tough challenge, since reaching Legend should feel like an accomplishment. But it can feel like a slog for expert players who have routinely reached the top status.