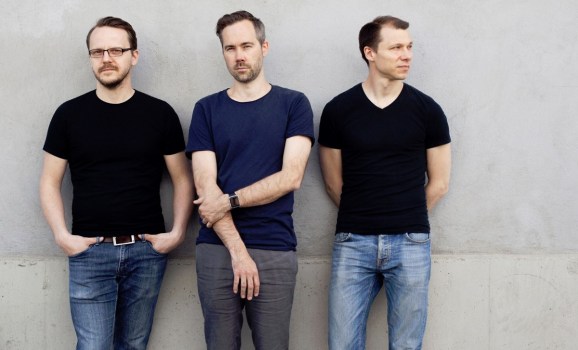 A trio of industry veterans has created a new Swedish game studio, Fast Travel Games, to build virtual reality games. The Stockholm-based company has raised a seed round of funding from Nordic investors led by Sunstone Capital.

Fast Travel Games hopes to take a fresh approach to VR, with gameplay experiences that are both rich in storytelling and social play. The company wants to explore the full potential of next generation VR storytelling. The founding team has veterans from Rovio, EA, and DICE who are responsible for some of the world’s most popular games including Angry Birds 2, Mirror’s Edge Catalyst, and the Battlefield series.

“We feel that VR offers limitless possibilities, and that it’s inherent qualities make it perfectly suited for storytelling and socially rich experiences,” said Oskar Burman, Fast Travel Games’ CEO and cofounder, in a statement. “We’re looking to define a new genre of games for VR. Our games will focus strongly on narratively rich worlds full of possibilities for exploration and social gameplay, where players can cooperate, share worlds and experiences, and play together.”

Burman founded and grew Rovio Stockholm to a team of 40-plus developers who created Angry Birds 2, one of the most successful games from Rovio to date. He also played key roles in several other top studios including EA, Easy Studios, Avalanche Studios, and others. Oskar is also a co-founder of the Swedish games accelerator, Stugan.

Prior to this, he was the CTO of Easy Studios and lead programmer at EA’s DICE and spent nearly a decade as a systems architect and consultant in the web and telecom spaces. Odeldahl was the design director leading the charge behind Mirror’s Edge Catalyst for EA DICE, where he spent over a decade working on most of the studio’s major titles as a designer or lead programmer. Prior to that he was a programmer across several studios working on games and other applications.

“The team’s rich history of creating hit games across mobile, Triple-A, multiplayer, and beyond, will allow them to bring a unique blend of skills that bode well for delivering quality IP for VR. They’ll also benefit from serving as magnets for the very best talent, creating what will no doubt be one of the top VR-focused games companies,” added Nikolaj Nyholm, partner at Sunstone Capital, in a statement.

Fast Travel Games will be revealing further details about the company and its games in the coming months.