Virtual reality is one of the big breakout trends of 2016. And now sports fans will be able to sample some of the Rio 2016 Olympic Games in VR thanks to a tie-up between NBC and Samsung.

Kicking off in August, the two-week long event will see millions of people around the world tune in on TV, computers, mobile devices, and now VR headsets. NBC has revealed that the NBC Sports app will work in conjunction with Samsung Galaxy devices and the Samsung Gear VR to broadcast 85 hours of virtual reality programming. This will include both the opening and closing ceremonies, men’s basketball, gymnastics, beach volleyball, boxing, diving, fencing, and a host of track-and-field events.

This isn’t the first time VR has come to Olympic events — back in February Samsung supported VR live-streaming during the Lillehammer 2016 Winter Youth Olympic Games. But in terms of an extensive start-to-finish slate of programming for a major sporting event, this latest move represents a major advance for the VR medium. 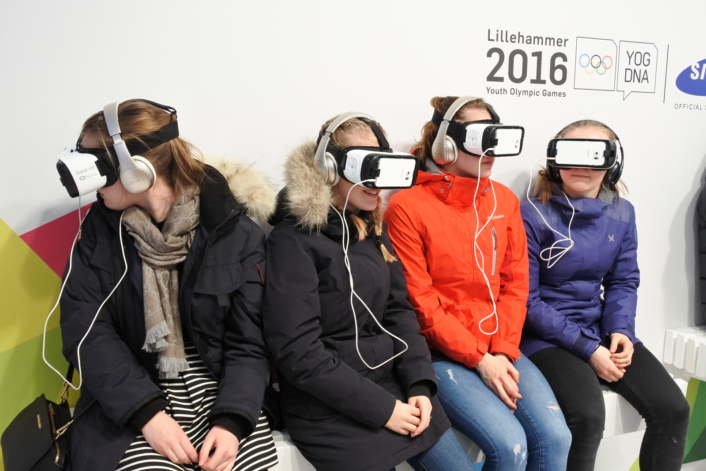 Above: VR streaming at Lillehammer

For the Rio Games, the VR programming won’t be broadcast live — it will be presented on delay starting on August 6 through to the closing ceremony.

The Rio Olympic Games is the latest of many examples that show the VR hype-train is entering overdrive. Countless companies are looking to get in on the act, from HTC and Facebook through to Google, Intel, and Huawei. This is starting to affect many other facets of the entertainment realm, with the likes of movie theaters receiving the VR treatment. And back in March Samsung teamed up with one of the world’s biggest amusement park operators to launch VR roller coasters.

“VR technology carries incredible potential for the sport broadcast industry, offering a truly immersive user experience,” said Olympic Broadcasting Services CEO Yiannis Exarchos. “Our first test in Lillehammer, together with Samsung, for the Winter Youth Olympic Games was highly successful and we look forward to further exploring this exciting technology with NBC in Rio. VR has the power to enable hundreds of millions of people around the world to have a real sense of presence and participation in the most universal celebration of humanity, which is the Olympic Games.”