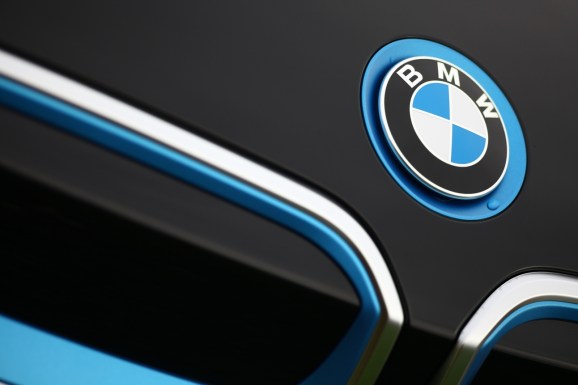 Another giant of the automotive world today committed to self-driving cars, as BMW announced plans to push fully automated motors into production within the next five years.

BMW is just the latest in a line of “traditional” car brands to announce plans for driverless cars. Earlier this year, General Motors (GM) revealed its autonomous vehicle aspirations with a $500 million investment in Lyft, which was followed by the $1 billion-plus acquisition of self-driving car startup Cruise Automation. Toyota is also making moves in this realm.

Elsewhere, Chinese internet giant Baidu recently unveiled a new Silicon Valley division dedicated to self-driving cars, Google is well on the way to making this a reality, and Uber is currently testing out its own autonomous vehicles.

Intel also made its self-driving car intentions known previously, and less than two months ago it acquired computer vision startup Itseez to bolster those ambitions. Now, alongside Mobileye and BMW, the trio will strive to bring autonomous vehicles into production by 2021.

BMW first hinted at its plans for self-driving cars earlier this year when it discussed a futuristic concept car called the iNext — “our new innovation driver, with autonomous driving, digital connectivity, intelligent lightweight design, a totally new interior and ultimately bringing the next generation of electro-mobility to the road,” the company said at the time. Today, BMW confirmed that the iNext will form the basis for its autonomous driving strategy, with plans to have the vehicles on highways and in urban environments for “automated ridesharing solutions,” it said.

“Following our investment in high-definition live map technology at Here, the combined expertise of Intel, Mobileye, and the BMW Group will deliver the next core building block to bring fully automated driving technology to the street,” said Harald Krüger, chairman of the board of management of BMW, in a press release. “We have already showcased such groundbreaking solutions in our Visions Next 100 vehicle concepts. With this technological leap forward, we are offering our customers a whole new level of sheer driving pleasure whilst pioneering new concepts for premium mobility.”

The companies laid out a plan to prototype and evolve its technology through three stages — “eyes off” (level 3), “mind off” (level 4), and finally “driver off” (level 5), which will see cars finally hit the road without the need for a human driver inside the vehicle at all.