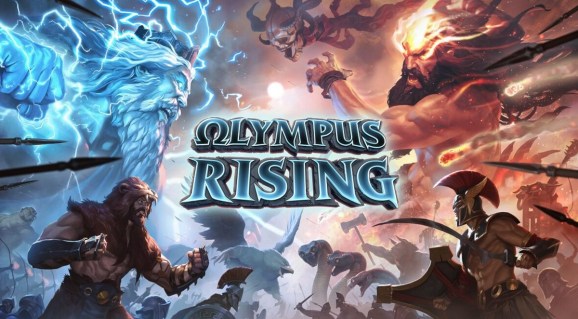 Klaas Kersting created Flaregames in Germany to make mobile games. But the company was late to the party, and it found it was lost among a sea of rivals. So the company tried its hand a publishing games developed by other studios, and it found success with Royal Revolt II.

And now the company is cash-flow positive, and it’s making steady profits. That’s a rare accomplishment in the $34 billion mobile games industry, where the competition is cutthroat.

“About 18 months ago, we pivoted into a publishing organization,” Kersting said in an exclusive interview with GamesBeat. “We had a success. That made us realize we could contribute much more when we work with great developers that know how to build great games. We are among the best in games-as-a-service, such as monetization, technical infrastructure, data analysis, segmentation, and cross promoting through a portfolio.”

With the release of Nonstop Knight in May and Olympus Rising (made by Flaregames’ own Keen Flare) in June, the Karlsruhe, Germany-based company had even bigger success. Nonstop Knight (made by a Finnish studio Kopla Games) saw 2.5 million downloads in its first week, and it has grown past 4 million with organic marketing. Monetization doubled, conversion doubled in the app store, and retention went up 2.5 times.

“We found something that we can grow and scale on a portfolio level,” Kersting said. “Nonstop Knight is a showcase of what Flaregames can contribute to a developer.”

Kersting said that the company acquires users for one game at a breakeven or slightly profitable level. But when the cross-promotion kicks in across the Flaregames universe, the company spreads those users across more games for a better result.

“There’s a significant upside that changes the whole business case, and that is really amazing for us,” Kersting said.

Flaregames has tripled its revenues and profits since January.  That’s not easy to do for a company that has 115 employees in Karlsruhe and Frankfurt.

“Being cash-flow positive is a nice change,” Kersting said. “We were late to the market. But now we are in a really great position to scale what we have executed on in the past. We have a great portfolio of titles coming.”

Among the titles in the works at partner developers are the sequels to Zombie Gunship (from Limbic in San Francisco) and Lionheart (from Emerald City Games in Vancouver). Flaregames hopes to publish six to eight games a year.

“It’s a pretty amazing time,” Kersting said. “The market dynamics play in our favor. User acquisition prices are rising and there is no end to that, driven by the titans of the market like Machine Zone and Supercell. That changes the economics for a single-title developer completely. We are entering a time when self-publishing is over. You can try to bet on a unicorn, but that’s not the way to run a company.”

He added, “You need portfolio economics to make it pay off in a big way. That leaves us in a better position than we’ve ever had before. You have to make sure there is a decent overlap in the audience between the games.”

Flaregames still needs hits, and it has no guarantee that they will come. Flaregames is spreading out to make the probability of success higher. So it has been able to generate revenues in markets such as China, South Korea, and Japan. The company is also hoping to establish franchises that can succeed over time across multiple territories.

“With titles like Nonstop Knight, we have proven we can build games that succeed in the West and with people in Asia as well,” Kersting said.

Flaregames is contemplating raising money, but it’s not in a rush.

“The company’s success is scalable with money for marketing spend and more titles, but we have not completely made up our mind yet,” Kersting said.