Esports has is a phenomenon in the game business, and big companies are planting their stakes to demonstrate that they’re ready for a world of game spectators, stadiums of people watching championship finals, and team owners and pro players becoming rich and famous.

That was clear this week at the Gamelab conference in Barcelona this week as Electronic Arts’ Peter Moore and Activision Blizzard’s Mike Sepso described their competing strategies for esports. The companies are like two battleships turning into each other and preparing to fire their big guns.

Both Moore and Sepso will speak on the growth of esports at our GamesBeat 2016 event, which takes place August 1 to August 3 in Los Angeles. Already, it’s clear how different each company’s approach is going to be in one of gaming’s fastest-growing segments. Esports is expected to grow 43 percent in 2016 to $416 million in revenue, according to market researcher Newzoo. 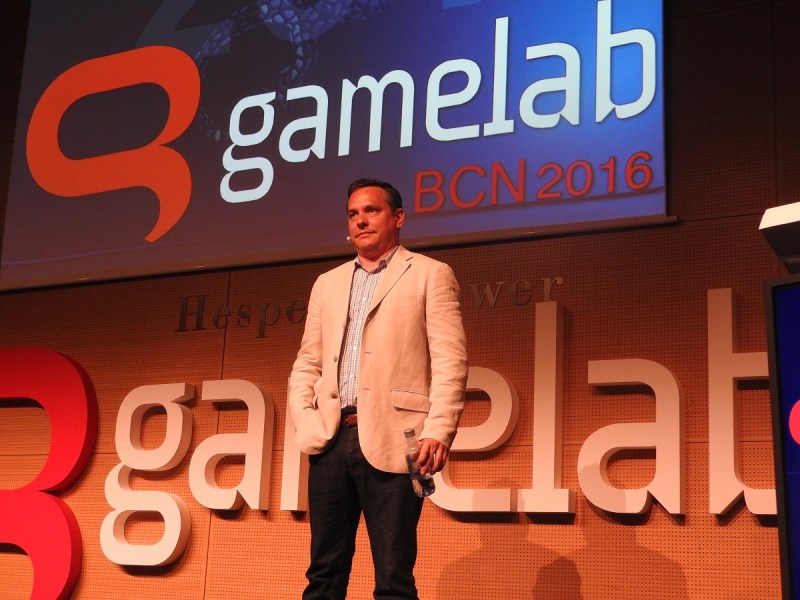 Above: Mike Sepso, head of Media Networks at Activision Blizzard.

Moore, EA names as its chief competition officer earlier this year, said that the publisher has taken a tiered approach to esports. It wants to modify its games so that everyone can be a star, creating a foundation for esports amateur heroes to emerge. It is also embracing leagues such as the ESL (an independent worldwide pro gaming league based in Cologne, Germany) to use EA games in esports competitions. And Moore said EA is creating EA Majors tournaments for Battlefield 1, FIFA, and Madden.

Activision Blizzard was slow to approach the entire market with a coordinated strategy. Its Blizzard division has been heavily involved over the years with tournaments for StarCraft (both games), Hearthstone: Heroes of Warcraft, and Heroes of the Storm. And Activision has made big strides with Call of Duty as an esport. But the parent company, Activision Blizzard, hired MLG founder Mike Sepso in 2015 and then acquired MLG, one of the biggest esports leagues, in the fall.

MLG will continue to work with games that are not owned by Activision Blizzard, as it doesn’t have a monopoly on esports hits.

Activision Blizzard’s MLG has the advantage of being in the esports market as a league for 14 years. It has worked on new technologies for broadcasting such as EVE, which integrates more analytics data into the viewing client in real-time so that spectators know what’s happening with their favorite players each second of the broadcast. And it also has ESR, or the Esports Report, a broadcast show that can help identify the heroic stories among esports athletes.

It is technical and content work like this that will help broaden the whole market and help overcome the challenge that many players would rather play games than watch them at the moment.

“We worked with ea for quite a long time already as MLG,” Sepso said. “The audience is growing so rapidly it’s not like the traditional business. It’s not just a fight for market share. There is more collaboration than competition among us. We have to address how do we standardize the ecosystem more.”

Moore also said there are growth issues that the companies have to address. He noted that the current championship games are “loss leaders,” where the organizers or companies putting on the event are losing money. In contrast to events like the Super Bowl, which are enormously profitable, organizers of the big esports tournaments are investing for a return in the long run. They’re only beginning to tap revenues sources such as sponsorships, ads, and premium subscriptions, Moore said.

But Sepso pointed out that he believes Activision Blizzard has stronger properties now, such as Blizzard’s Overwatch, that are poised for rapid growth in esports. EA, meanwhile, has more work to do in integrating esports into its titles and determining which of its games will be primed for the esports audiences.

Of course, gaming has other esports titans, namely Riot Games and its phenomenally successful League of Legends multiplayer online battle arena (a type of real-time strategy game that involves team play). Riot has been enormously profitable, and it has taken its own infrastructure for esports in-house. Valve has also been extremely successful with its Counter-Strike and Dota 2 multiplayer games. Riot and Valve make a lot of money on their games related to free-to-play microtransactions.

Minh Le, the creator of Counter-Strike and now an independent developer working on Rust, was also at Gamelab. In an interview with GamesBeat, he said that the entry of the giants into esports signals its maturity.

“This means it’s a phenomenon and they have to be part of it,” he said. 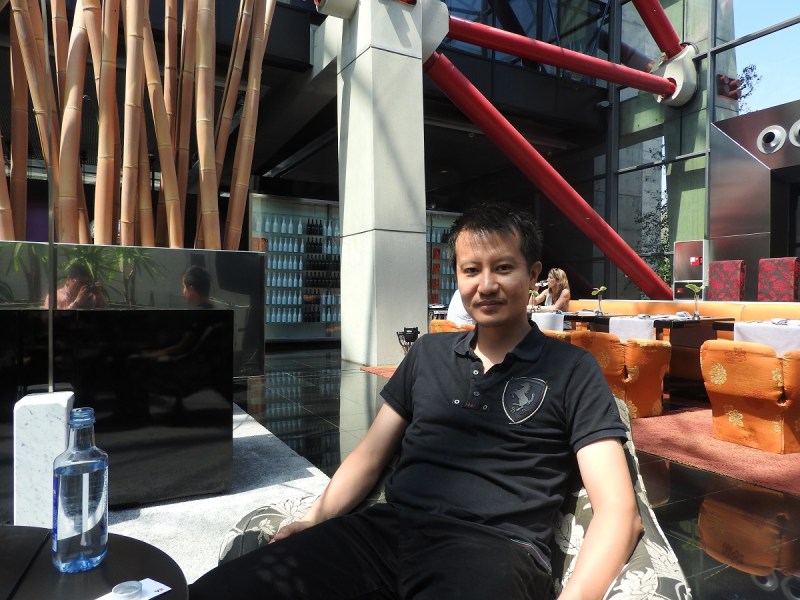 Above: Minh Le, co-creator of Counter-Strike.

But he notes that one of the problems is that it’s hard to make an esport out of a game that is constantly changing. Activision creates a new Call of Duty every year with different multiplayer and different controls. EA does the same with new versions of Madden NFL Football and FIFA Soccer.

The result is that players can’t keep training on the same game with any consistency. They can’t get used to it and become legendary players who dominate year after year. That is why Counter-Strike, which has remained the same game since 2000, is still dominant.

“In that way, the giants have been short-sighted,” Le said.

Moore acknowledged there are obstacles. In an interview with GamesBeat, Moore said that EA faces the additional challenge that many people would rather watch pro football and soccer games on television with the real physical athletes, rather than watch the cyberathletes play simulations of the games on game consoles.

Both Moore and Sepso say that they are working more closely with design teams so that they can add esports-friendly features into the games over the next few years. Activision has already enabled esports viewing inside of the Call of Duty: Black Ops III game. That move should increase engagement and help the market expand, Sepso said.

“We are building toward more dramatic broadcasts that tell the stories of the athletes and get the audience more excited,” Sepso said. “We are trying to continuously improve the watchability of esports.”

Moore believes that EA’s approach of making everyone into a competitive gamer is a lot more ambitious.

“There is only one Messi,” he said. “Our real goal is to make stars out of all of our players. I want 20 million playing. Not just 20.”

I’m not sure who’s going to win this esports battle. But it’s going to be one of the biggest brawls in all of gaming.