GamesBeat: You were there in the Warcraft III days. You were there when this stuff was first picking up with DOTA. Was Blizzard paying attention to the early DOTA scene?

Milker: Yeah! A lot of us were paying attention to it just as gamers. We enjoyed the content that was being created by the community. And so much of the Warcraft III custom map scene, or even the original StarCraft scene, was just this vibrant community of very passionate gamers making amazing stuff that we were playing and loving. We were enjoying it more as players at the time. We saw it blow up. That game just — the original DOTA became so huge within Warcraft III. We watched that from afar, because at the time we were still a very small development team. We were staying very small and tight and working on games like Warcraft III. StarCraft II was ramping at the time. Diablo III wasn’t even on the horizon yet. We had very limited bandwidth to do things, and we already had our next steps. But we watched DOTA very closely, even in those days. 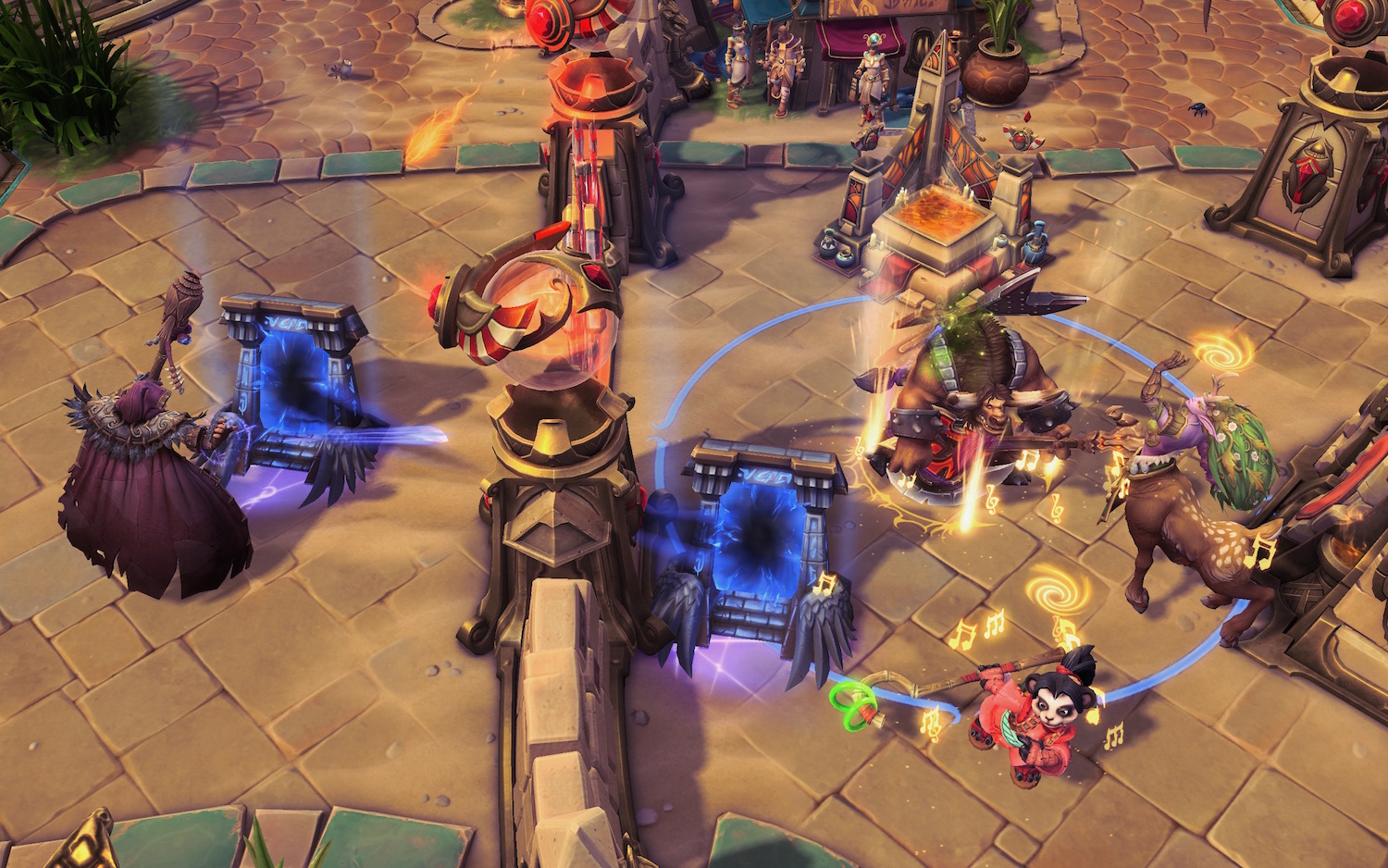 GamesBeat: How do you think working on Heroes of the Storm is different from all of your other games you’ve worked on?

Milker: Heroes of the Storm is such a different beast. If you go back, we’re a boxed product company. We made a lot of these great games that we’d work on for years. Then at some point we announce and at another point we release them. It comes out all at once and people engage with it. Maybe every year or two we do an expansion, but after one or two of those we’re done and we move on to something else. Heroes of the Storm is the first game that’s this game as a service, even more so than WoW. WoW is still really on the expansion model. There are really large pieces of content coming every year and a half, two years, somewhere in that time frame along the way. There’s content updates. We always patch all of our games. We’re always trying to add cool new content. But if you look at the content cadence, most of our games have been about expansions.

But Heroes of the Storm, from its inception we knew it was this game as a service. We knew it would be something that we couldn’t just work on for years and then release it and then wait a few more years to release more. We’d have to change the way we thought about making games and the way we approach releasing content and start doing something where it’s coming all the time. It’s a constant influx of new cool stuff. That was a massive switch both in mentality and process. It was a very big culture shock for us as a team to go from making boxed games to making a game as a service like this. But I anticipated that from the time I switched over to start building this team. All the goals, from very early, were about structuring ourselves and setting milestones for us that were all about frequent content delivery. From very early on, we did things like — I pushed to get the game playable for the company from home earlier than we’d ever made any game playable from home before. And then pushed further to get it to something that we ended up calling technical alpha, where we let the public play it.

Historically we wouldn’t have let anyone see the game at that state, but we wanted to get the game live for our purposes so we’d have the pressure to start doing constant content updates and iterate in real time while we were developing new stuff. We could start acquainting ourselves with this new way of life that we were signing up for. It’s taken three years. I think we’re just starting to get good at it. But we’re learning more every day about this process. It’s a totally different animal. Of course, since then we’ve done things with — Hearthstone has come out. Hearthstone is in a similar space where they have a lot of content coming in very frequently, much in the way Heroes does. As a company we had to all learn this. Team by team we’re learning. It’s a different way to live and breathe and make games. 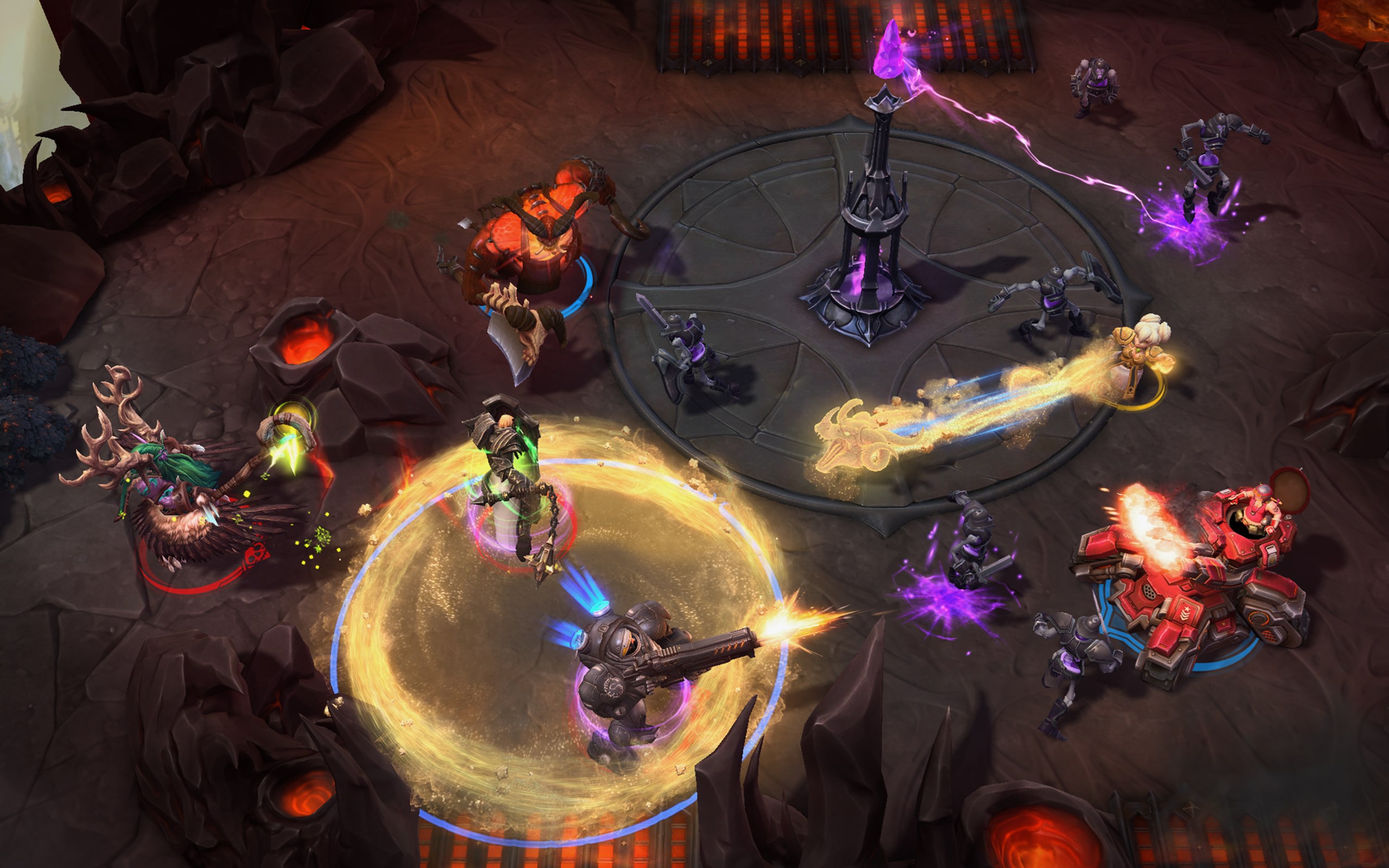 Above: One of HotS’s newest characters, Chromie, in action.

Milker: The overall culture of Blizzard is very consistent. We’re very like-minded in our passion for games and for Blizzard games in particular. A lot of people come to this company as huge fans, and so everyone has their own expectations for what a Blizzard game means. We all hold ourselves to this standard as we’re working on them. It’s our personal quality level, what it means to be Blizzard. That’s really consistent.

As a subset of that, each team has its own culture, which is a bit of a pivot on that. Team one is interesting because it’s the original development team at Blizzard. Our core team leaders are people like Sam Didier, the original Blizzard people. Sam’s the original art director who set the tone for almost everything that’s come since. We have these people on team one who are very old school Blizzard. If I look at our team today, we’re in our own building over here. It feels to me the way that Blizzard as an entire company felt 15 years ago, when I started. There’s very much the same feeling. We hold on very tightly to this close-knit group of talented, like-minded people who are really passionate about what we’re doing.

Everyone’s pushing super hard to bring their best foot forward with everything we do, trying to execute to the best of our ability on everything. Which is hard, because there are so many perfectionists here, people with such high standards for everything. It’s amazing to sit back and watch so many of these types of people work together.