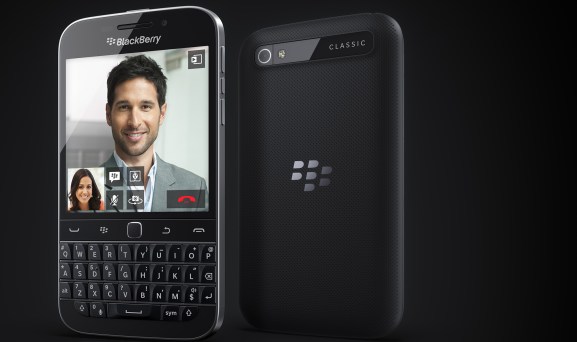 The news comes less than a week after we revealed that the Canadian company was working on three new Android handsets, despite reports of lukewarm sales of its first Android smartphone, the BlackBerry Priv.

Though BlackBerry said that it will continue to support BlackBerry 10 devices through software updates, with version 10.3.3 scheduled for next month and another one next year, the fact that the company is killing one of its flagship designs seems a symbolic move.

The BlackBerry Classic, which was launched in late 2014 as a replacement of sorts for the BBOS-powered Q20, sports the classic BlackBerry design, with built-in QWERTY keyboard and a touchscreen. But the times they are a-changin’, and BlackBerry is now looking to the future, saying that the Classic has “long surpassed the average lifespan for a smartphone” in today’s market. Ralph Pini, chief operating officer and general manager for devices at BlackBerry, said:

For BlackBerry, and more importantly for our customers, the hardest part in letting go is accepting that change makes way for new and better experiences.

When I took on the role as the GM for Devices, I spoke about three critical elements for the success of our devices business. First was expanding choice for customers. Second was leveraging our unmatched experience and capabilities in security. Third was building on the BlackBerry pedigree.

These are the tenets that help keep us focused and the reasons why we are committed to the success of both BlackBerry 10 and Android devices. To keep innovating and advancing our portfolio, we are updating our smartphone lineup with state of the art devices.

Though BlackBerry is still committing to BlackBerry 10 publicly, it’s clear that it’s fighting a losing battle. Government bodies have long used BlackBerry for the devices’ perceived security credentials, but just last week, news emerged that the U.S. Senate was to ditch BlackBerry in favor of Android and iOS devices. The statement issued by the Senate last week contained this item:

BlackBerry informed Verizon and AT&T that production of all BlackBerry OS 10 devices (Q10, Z10, Z30, Passport, and Classic) has been discontinued.

However, BlackBerry denied sending such a memo. According to the company’s latest statement, it will only officially stop making the Classic, though time will tell whether this extends to other BB10 devices, too.