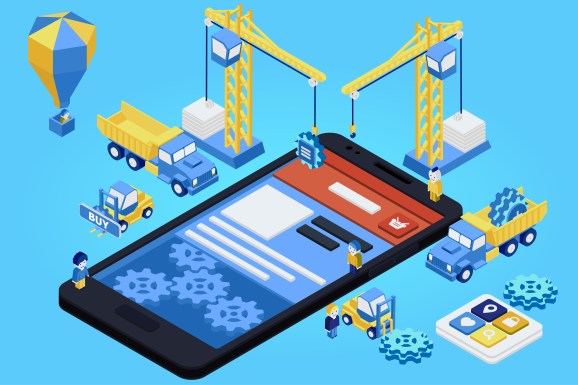 When Chris Messina dubbed 2016 the year of conversational commerce, he was right. As our home screens get saturated with apps, conversational interfaces are poised to take over our interactions with the internet.

Yet we must realize that chatbots are not for everyone.

A recent article by Jan Dawson on Recode did a pretty good job of explaining why standalone apps are here to stay. A quick summary: The amount of money Apple pays out to developers has been on the rise, and a whole host of apps — such as camera apps, productivity apps, and (most importantly) games — cannot be replaced by chatbots.

But of course we already knew this. I don’t think anyone wants to replace AutoCAD software with a bot. A large part of the chatbot hype has to do with the technology’s potential to disrupt internet commerce.

I’d argue that even within the field of online commerce, chatbots are not all that they are made out to be.

Currently, we project bots as the be-all, end-all replacement for conducting business through apps. We try to create bots that replace whole apps. This thought process is wrong. Chat and apps are two inherently different platforms, each with their own unique benefits.

I discovered this the hard way.

Last week, I wrote a post about chat’s ability to replace online forms. I sent the post along with a few bots to Nick Babich, who writes prolifically about user interface and user experience design. One of the bots was a Domino’s bot (it replaces the Domino’s ordering process with a chat interface). Being immensely confident about my work, I was sure he would be impressed.

But then Nick asked a question that confounded me. He asked how one could compare two pizzas using the bot. The same GUI interface which I had lambasted in my previous posts was the ideal solution for this problem. While a bot certainly offers the user a simpler experience, an app — with its dropdown menus, checkboxes, and buttons — makes comparison and customization easier.

The natural question that arises is, how can we leverage both of these benefits together? How can we implement customization features into a bot?

Well, it’s impossible. When you think about the benefits offered by each interface, you realize that the two are contradictory. In an app, you can afford to add as much information and as many customization options as you want because you have the whole screen real estate at your disposal. With bots, on the other hand, the amount of space you can use is limited. All of the options given to users can be presented in one of three ways.

Or as quick reply options right above the keyboard:

Expanding the area used would make the bot look more like a mini app within a chat interface and defeat the purpose of using a conversational interface (think iMessage’s mini-apps or Uber’s messenger integration).

A bot offers simplicity where an app offers complexity. The two simply cannot be reconciled. So which one is better?

The answer is neither. Complexity and simplicity can be positive or negative, depending on what type of user you are.

Let’s compare two types of users, one for each interface type.

The first type of user, let’s call them consumers, doesn’t want or need customization. They are the sort of people who go to the Domino’s website to order a large cheese pizza and Coke every time. This type of user could benefit immensely from using chatbots because they want to avoid all the customization options.

The second type, let’s call them curators, likes these extra options. They like to create elaborate combinations and they like to experiment. They order a large pizza with jalapenos, pineapples, anchovies, and bacon with a cheese burst crust. Complexity is not only appreciated by curators, it is actually useful to them.

Making this distinction could go a long way in enhancing the bot experience.

What we should be doing?

Instead of trying to replace apps with bots, we should create an experience with bots that offers a different value from apps.

H&M is the best example that I have found of a company that has addressed this dichotomy. On the H&M app, you shop for clothes through conventional means. You can go through categories and collections or you can use a search bar. Through both of these methods, you choose from a large selection of clothes and have access to all the information available about each item. You can see the clothes at different angles, change the colors, click on similar clothes etc.If you are picky about your clothing choices (i.e. a curator) then this is ideal.

The H&M Kik bot is targeted only at consumers. It begins by giving you a few pictures of clothing styles and asks you to choose which ones you like. Based on these selections it creates a profile for you which it uses to make suggestions. When you try shopping for a shirt, for example, the bot gives you one shirt that you might like based on your tastes. As a user you can only say whether you like or dislike the outfit or whether you want to save it. The bot relieves you of the effort required to choose clothes yourself.

This simplicity is key to the bot’s success. H&M recognizes that a chat interface is not optimized for providing too much information, so it gives the user few options and pointed suggestions. Within a matter of a few button presses you could be on your way to having a well-matched outfit on its way to you. If you are a consumer, this method is ideal. You don’t care what material it is made of — you just want good clothes.

If we want conversational commerce to become mainstream, we need to adopt a two-pronged approach. The future of the internet is not one in which bots completely replace apps, but rather one in which the two coexist.

Think of an app as more like a tool that can help you, where a bot is an assistant that can do a task for you when you do not want to. The two are not necessarily in conflict with each other, but rather just need to be used in different cases. If we fail to recognize this, we will produce subpar technology that will surely alienate the first adopters of bot platforms.