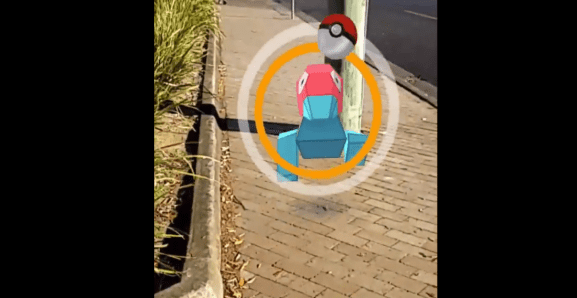 It’s time to catch ’em all on your phone.

Pokémon Go is now live on the Apple App Store and Google Play in a few regions, such as Australia and New Zealand. This mobile game from Niantic takes the 20 year-old franchise into augmented reality, using location-based tech to send you looking for the iconic pocket monsters in real-world locations. This moves the series — which has shipped 275 million video games worldwide and is estimated to bring in $2.1 billion this year as one of the world’s largest brands — into the VR and AR market, which is expected to be its own $120 billion business by 2020, according to tech adviser Digi-Capital.

You’ll be able to find, capture, and battle Pokémon, as GamesBeat detailed last month during a look at its closed beta test.

Mobile game companies often do “soft launches” of their games for testing purposes in places such as Australia, New Zealand, and Canada before deploying the app worldwide. This appears to be such a launch, as The Pokémon Company offered a no comment when GamesBeat contacted it about Pokémon Go’s appearance on app stores.