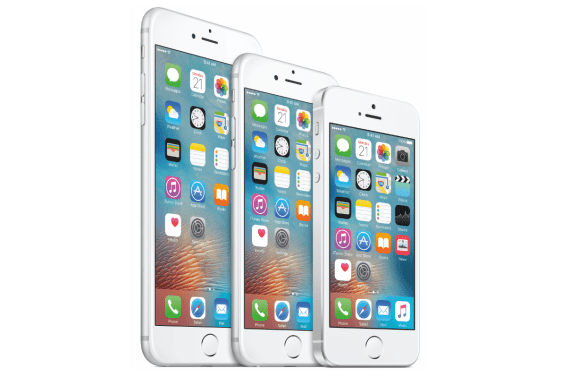 We already knew that Apple is facing some serious headwinds when it comes to iPhones sales this year. But a story about the iPhone in this morning’s Wall Street Journal brought home to me just how many things are working against the tech giant.

In a consumer column, Journal reporter Joanna Stern advised people to hold off on buying an iPhone until September. That’s been pretty much conventional wisdom, as Apple rolls out a new iPhone every September and consumers typically wait to see what’s coming.

But in making her case, Stern highlighted some critical trends that are fundamentally transforming smartphone sales. And none of them is working in Apple’s favor:

1. Innovation is slowing: No matter the handset maker, it’s getting harder to develop truly breakthrough features or designs. The difference from one generation to another is narrowing, making the case for upgrading less compelling.

2. Durability: People are finding that their current smartphones are sturdier and last longer. As Stern notes, the number of iPhone owners who keep their gadgets for more than three years has increased from 5 percent two years ago to 12 percent. (Personal note: My iPhone 5 is still chugging along, and I’ll use it until the day it dies, though I envy the quality of the camera on my wife’s iPhone 6s.)

3. Headphones: Rumors that Apple is going to remove the headphone jack have divided consumers and reviewers alike. Yes, Apple often pushes the world into the future by eliminating certain standard features. But that’s also a risk. And it might be one more reason to hold off upgrading if it’s not absolutely essential.

4. Samsung is back: Stern calls Samsung’s Galaxy S7 “the best phone hardware you can buy right now.” Samsung has had a couple of rough years in terms of smartphones. And Samsung’s market share slipped slightly in the first quarter. But, for the moment, the company seems to have righted its ship. Its market share decline in Q1 was much slower than Apple’s.

5. Happy anniversary: Word is that Apple is saving its big guns for the 10th anniversary edition of the iPhone in 2017. True or not, this could mean that consumers hold on even tighter to their iPhones in the hope that something really special is coming.

Of course, these points don’t even touch on the specific challenges Apple faces in places like China or the general challenge posed by the many new smartphone buyers looking at cheap Android devices that offer pretty substantial features.

Still, it’s enough to drive home the fact that Apple’s values and vision are going to be tested as the product that accounts for the bulk of its revenues and profits faces its toughest year yet.