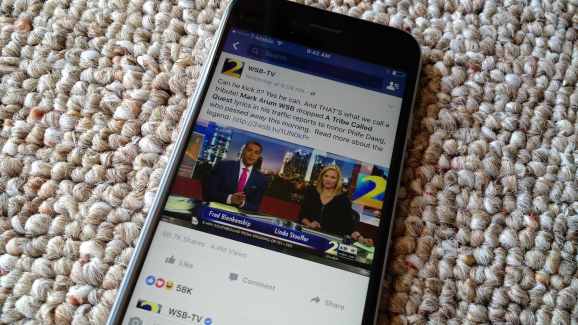 Facebook is the latest company to embrace offline access in its quest to tackle patchy internet access with news that it’s planning a small-scale pilot to bring video downloads to India.

The social networking giant has been pushing further into the video realm in recent times, and CEO Mark Zuckerberg has made no secret of his desire to get more people online across India. While there are somewhere in region of 130 million people in India using Facebook, the country has a population of 1.25 billion people, and it’s estimated that there will be as many as 500 million people in India with some form of Internet access by 2017.

Though smartphones are becoming more prevalent and mobile internet is on the up, connectivity still isn’t as ubiquitous as it is in other markets, and it can be preclusively expensive. This is why YouTube has offered offline mode in India, among other markets, for a couple of years. Indeed, last month the Google-owned company announced a neat new feature letting those in India schedule video downloads during cheaper off-peak hours.

Notably, Google has also been gradually rolling out free Wi-Fi in dozens of train stations across India as it strives to get more people online and using its services.

Facebook has been chipping away at YouTube’s video crown for a while now, which is why allowing users to download videos on a fast Wi-Fi connection to watch later isn’t hugely surprising. Though Facebook has increased in popularity for video uploads, it’s still less of a “destination” for those seeking videos to watch than YouTube, so it’s not entirely clear whether there will be big demand for offline access to Facebook videos or not. And that’s where this pilot phase comes into play.

People are coming online at a staggering rate in emerging markets and, in most cases, are doing so on mobile. We’re continuing to improve Facebook so it works seamlessly and easily for people in all parts of the world, regardless of their device. We’ve heard feedback that in markets like India, mobile data and internet connectivity is limited and many people struggle with poor video experiences. So we’re testing an option for people to download videos to Facebook while they’re online on good internet connections, to view the video at anytime, online or offline, without using extra mobile data.

In terms of how the feature will work, mobile users will be able to download videos and watch from within the Facebook app. Only original videos posted on personal Facebook profiles or on Pages will have the option, and it won’t apply to advertisements. According to a report on NDTV, the trial will begin on July 11, 2016, and publishers will be able to opt out too, meaning that Facebook users given early access to the new feature may not enjoy consistent access to offline video — it will be dependent on the publisher.

Facebook wouldn’t confirm if it planned to roll the feature out more broadly.