Google today updated Android’s Now on Tap feature with three new functions. Now on Tap can now translate text on any page, offers a built-in Discover mode, and allows you to learn more about products using barcodes and QR codes.

Only available in Android Marshmallow and above, Now on Tap is an extension of Google Now. The premise is simple: Give the user relevant information regardless of where they are in Google’s mobile operating system. 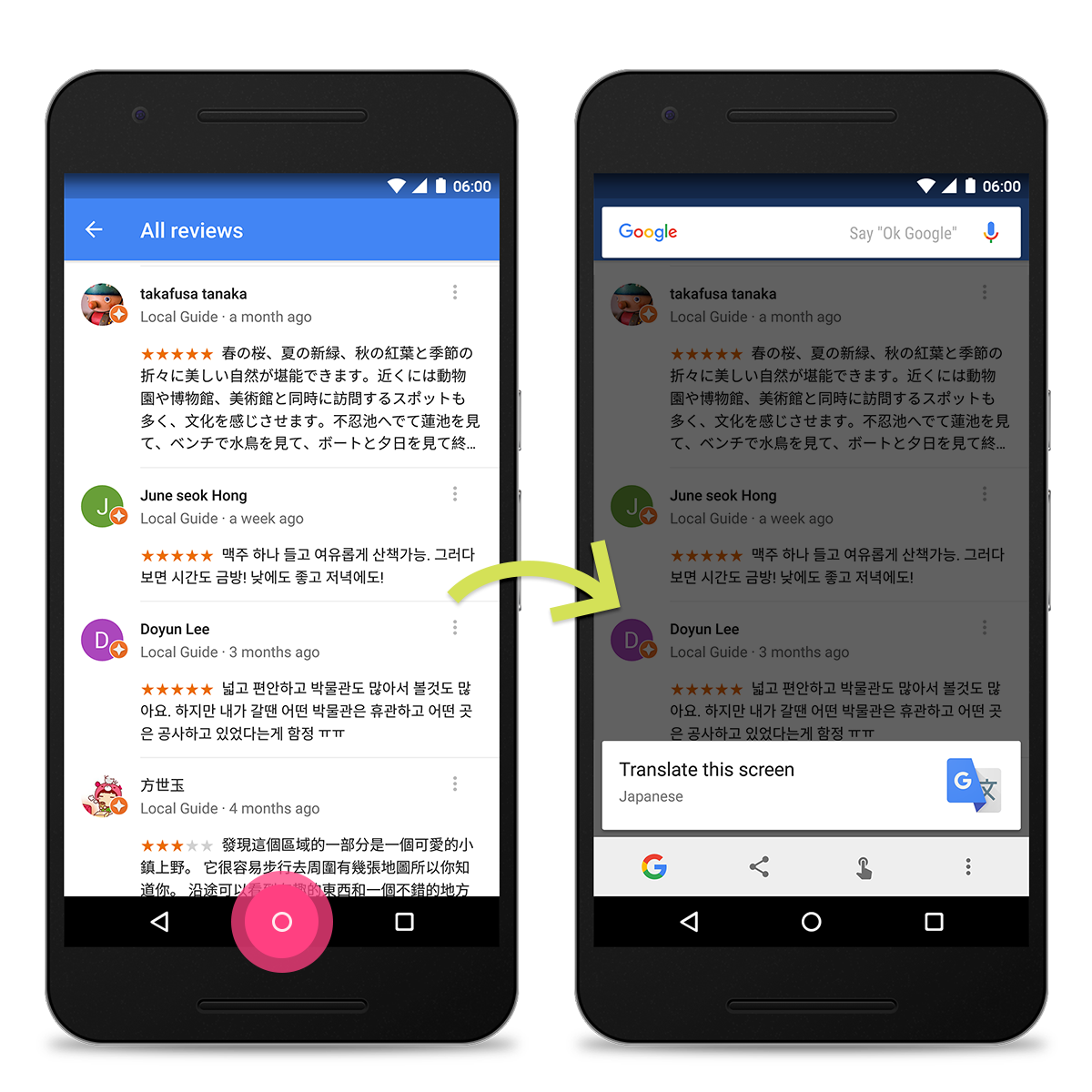 First up, Now on Tap can now translate text on any Android screen, whether it’s an app or webpage. To use it, just long-press the home button and tap the “Translate this screen” card to see it in your phone’s language. The functionality can even translate multiple languages at once, although the language set is currently limited to seven languages: English, French, Italian, German, Spanish, Portuguese, and Russian.

Next, Now on Tap has a new Discover mode that helps you learn more about things that interest you. When you tap the Discover icon, you’ll get a stream of visual content related to what’s on your screen. Google offers an example: “If you’re reading an article about Pluto and are interested in learning about NASA, Discover mode will show you a stream of links to YouTube videos, news articles, and more.”

Lastly, Google has expanded last month’s Now on Tap functionality that lets you search objects using your camera app. It now accepts barcodes and QR codes so you can simply point your camera at either and get helpful cards related to the given product or service, such as user reviews.

Now on Tap was one of the most exciting features unveiled at Google’s I/O 2015 developer conference. Unfortunately, it didn’t quite catch on. Many people didn’t know about Now on Tap in the first place, and for everyone else it was easy to forget that it was even there. Still, Google clearly hasn’t given up on it, which is nice to see as Marshmallow adoption has finally hit double digits.