A robotic glove developed in a partnership between NASA and General Motors (GM) for use onboard the International Space Station (ISS) has found a new purpose on Earth. Swedish medtech company Bioservo Technologies has entered a licensing deal with GM that will see the RoboGlove used in manufacturing and healthcare, among other industrial use-cases.

Based in Stockholm, Bioservo Technologies specializes in soft exoskeleton technology and robotics and creates “strength-enhancing” products. The company markets the SEM Glove, which is used as an “occupational back-to-work aid” by those with impaired muscular strength. Now the company plans to merge the smarts of this SEM glove with the RoboGlove, which was developed during a nine-year partnership that also gave birth to the human-like Robonaut 2 (R2) that has been carrying out research on board the ISS since 2011

The RoboGlove strives to replicate the nerves, tendons, muscles, and dexterity of a human hand through sensors and actuators. It’s not a standalone robotic hand though — it’s an actual wearable glove designed to add strength and grip to a human’s hand to alleviate stress and fatigue when carrying out repetitive tasks. 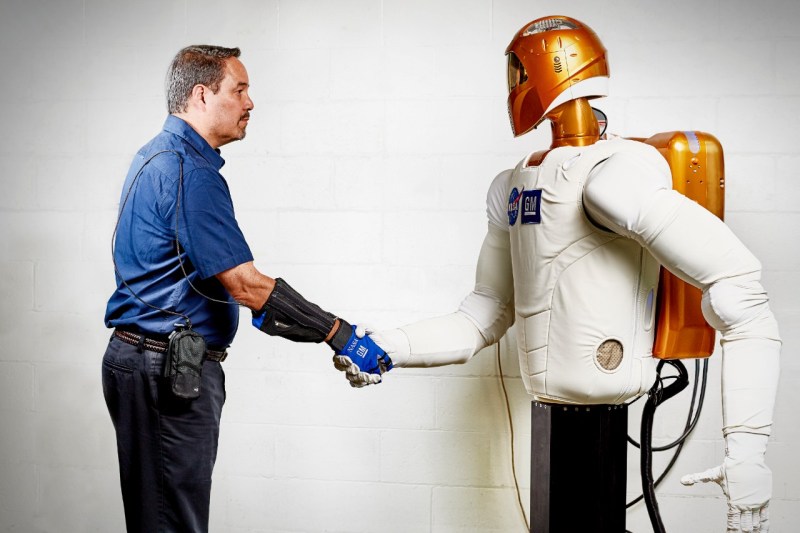 A number of technologies designed to enhance the strength of humans have come to market in recent years. Earlier this year, we reported on a Canadian company, Spring Loaded Technology, that’s bringing what it touts as the first truly bionic knee-brace to market — it’s a device that stores kinetic energy when a user bends their knee so they receive an extra boost and support when they straighten their leg.

In terms of how Bioservo will reappropriate the technology developed by GM and NASA, the company said that it will build a new grasp-assist device that may “increase human operator efficiency while reducing fatigue in hand muscles.”

The company seeks to combine “the best of three worlds — space technology from NASA, engineering from GM, and med-tech from Bioservo — in a new industrial glove could lead to industrial scale use of the technology,” said Tomas Ward, CEO of Bioservo Technologies.

GM said that it tested the RoboGlove itself in other scenarios before seeking a third party to help it make the technology appropriate for broader use-cases.