The National Basketball Association season is over, but y’all were ready from some ballin’ anyway.

NBA Live Mobile is already the top downloaded iOS app on both iPhone and iPad about 6 hours after going live, according to data provided to GamesBeat by app-market intelligence firm Sensor Tower. It launched this morning, and Sensor Tower shows the mobile basketball sim jumping from No. 28 on the charts to No. 1 over the last quarter of a day. Electronic Arts has found success in the $36.9 billion mobile gaming sector by adapting its popular sports brands with free-to-play business models. NBA Live Mobile, however, is an instance where EA has potentially revitalized a franchise that few fans prefer over competitor 2K Games’ NBA 2K series on consoles.

On mobile, NBA Live could overtake NBA 2K in terms of popularity because publisher 2K is still selling the mobile version of NBA 2K16 at the premium $8 price. It is the No. 52 best-selling paid app on Google Play right now, but free-to-play games get far more attention and revenue than app that have an upfront cost. 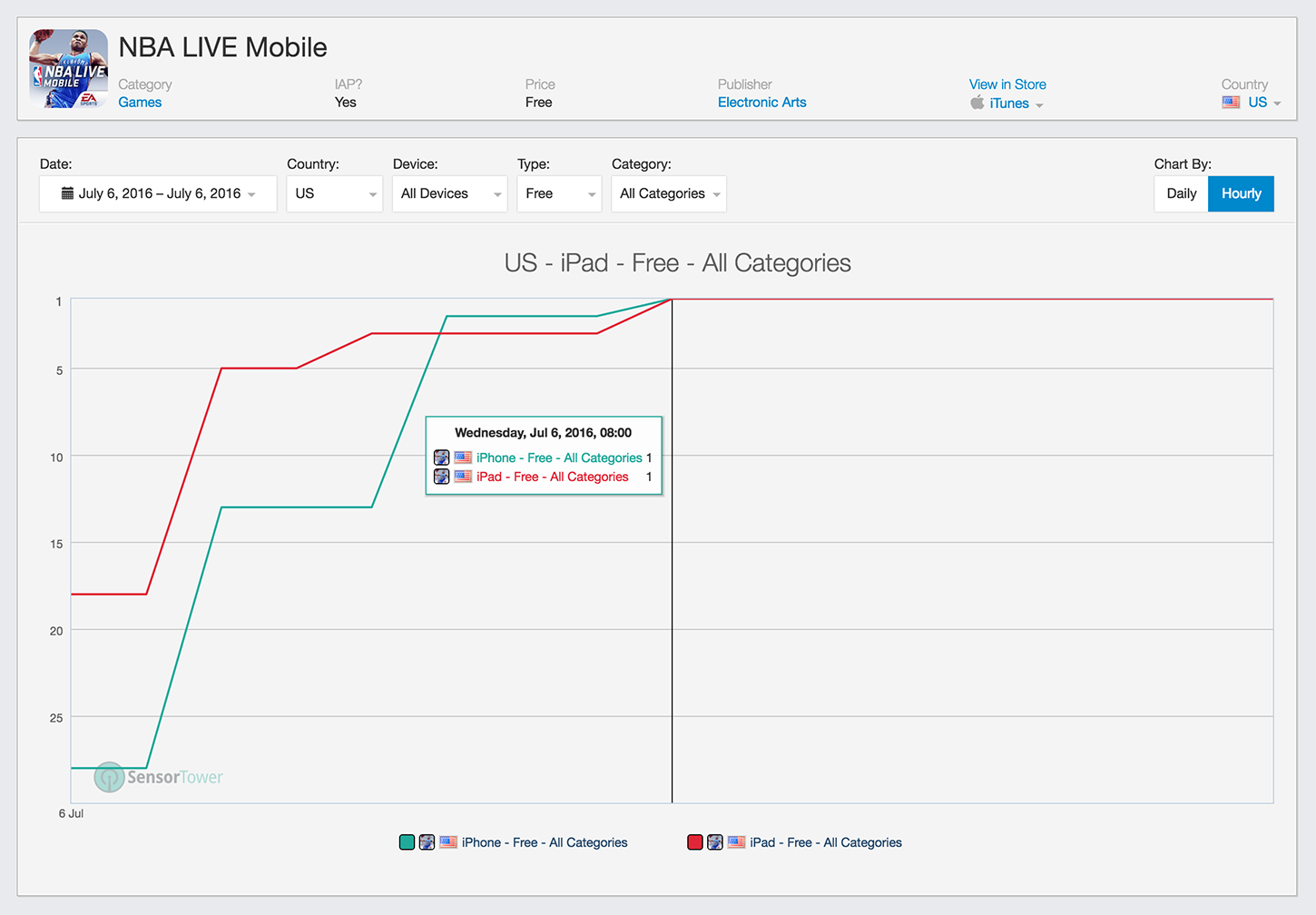 Above: NBA Live Mobile has shot up the charts.

Unlike 2K, EA has fully embraced free-to-play on mobile. It learned the value of that over time after struggling to establish itself on mobile with dozens of app releases that would quickly fade in popularity.

Over the last few years, however, EA has sharpened its mobile strategy to focus more heavily on fewer games that last longer. This led the company to shift from charing around $7 for its Madden mobile games to making them free-to-play with in-app purchases. That has led to a game that is now the No. 55 highest-grossing app on Android. In total, EA now has 5 games that hover in the top 100 in terms of revenue — those include Star Wars: Galaxy of Heroes, Madden NFL Mobile, The Sims: Freeplay, SimCity: BuildIt, and The Simpsons: Tapped Out.

Today, the company is one of the top 10 highest-grossing publishers on mobile, according to tracking firm App Annie. It is behind companies like Clash of Clans developer Supercell and Puzzle & Dragons studio GungHo Online.