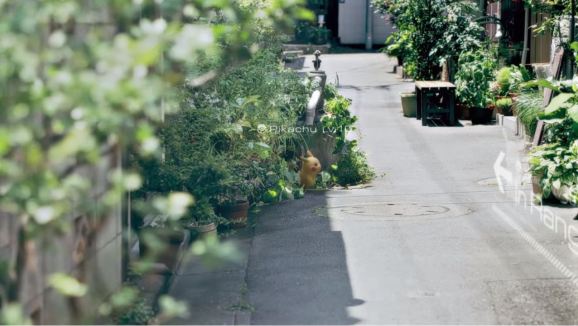 Pokémon Go is bringing gaming into the real world.

Now you can find a Pokémon on your evening stroll whether you’re in Atlanta or Zurich.

Pokémon Go launched today on the Apple App Store and Google Play worldwide. Go is a location-based augmented reality smartphone game that uses location tech to put monsters in your neighborhood (and elsewhere). It’s free-to-play with in-app transactions. This moves the series — which has shipped 275 million video games worldwide and is estimated to bring in $2.1 billion this year as one of the world’s largest brands — into the VR and AR market, which is expected to be its own $120 billion business by 2020, according to tech adviser Digi-Capital.

You’ll be able to find, capture, and battle Pokémon, as GamesBeat detailed last month during a look at its closed beta test. It layers the critters over the world thanks to your smartphone’s camera — you might find a Pikachu (the yellow cat-rat thing that’s the series mascot) sitting near a bush, or a Squirtle (the cute little turtle-like monster) standing near a pond.

The Pokémon Company and Niantic had a soft-launch for Go yesterday in Australia, New Zealand, and a few other regions.

Correction: The headline originally noted that Pokémon Go launched worldwide. It was the U.S. launch that happened today.