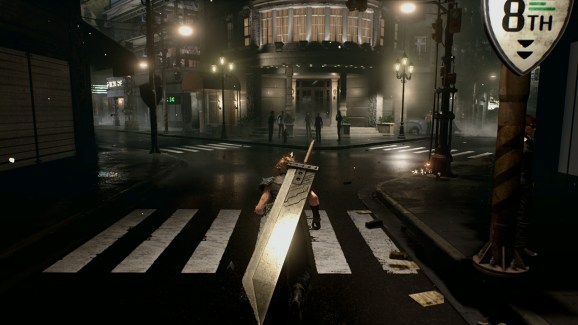 Square Enix has a new light source in the darkness.

The Japanese publisher responsible for popular role-playing adventures like Final Fantasy has struck a deal with graphics-technology company Geomerics to include its Enlighten lighting engine in “multiple future” game release on consoles (where it is still investing heavily). Enlighten is capable of producing real-time light sources that can illuminate a scene and 3D objects dynamically. This is important to giving visuals a sense of depth and physicality both in photorealistic and abstract art designs. Plug-in solutions for difficult computational tasks, like 3D lighting, is also an important way for publishers like Square Enix to limit costs and maximize the profits and viability of building products for the console sector of the $99.6 billion gaming industry.

Geomerics, a subsidiary of processor-design firm ARM, and Square Enix were previously working together before this long-term deal. Enlighten is already powering Final Fantasy VII Remake, which is an overhauled and reworked version of the 1997 PlayStation original made using Epic Games’ Unreal Engine tech. That’s a massive undertaking, and tools like Enlighten make it more likely that the project will earn a positive return on Square Enix’s investment.

“[At Square Enix, we] constantly evolve our development tools to ensure that we remain at the cutting edge,” Final Fantasy VII Remake producer Kitase Yoshinori said in a canned statement. “After investigation, our teams selected Enlighten as the most advanced third-party global illumination technology available and made the decision to utilize the technology for the remake. Its quality per man-hour is unrivaled and will enable us to deliver the highest fidelity version of Midgard to our fans than ever before.”

For Geomerics, this is only the latest big publisher it has won over with its work on Enlighten. Electronic Arts and developer DICE used the tool in games like Battlefield: Hardline, Star Wars: Battlefront, and Mirror’s Edge: Catalyst. Capcom incorporated Enlighten into Street Fighter V.

Enlighten is clearly catching on with developers around the world, and, in his own statement, ARM gaming middleware vice president Chris Porthouse said that his company will continue to focus more on Japan in the future.

He explains, “As the number of companies adopting Enlighten in Japan grows, ARM is investing in local support so that new partners, such as Square Enix, can be as successful as possible with our products.”