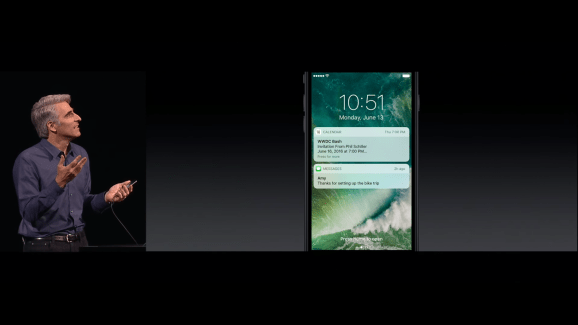 Apple today is releasing the betas of iOS 10 and macOS Sierra, the next versions of its operating systems for its mobile devices and its desktop computers, respectively. Apple first talked about these OS releases and released previews to developers last month at its WWDC conference, and now anyone they’re available to anyone, so long as they’re enrolled in the Apple Beta Software Program.

The new version of iOS comes with many changes, including the Today screen of interactive notifications, redesigned Photos and Maps apps, and a new Home app for controlling connected-home devices, among other things.

And on desktop, macOS Sierra — the new name for the Mac operating system, which is actually the old name, replacing the 15-year-old name OS X — has several changes, the most prominent being the presence of Siri, Apple’s virtual assistant. Before showing up on the desktop, Siri came to the Apple TV, the Apple Watch, and, of course, the iPhone and the iPad.

With regard to the macOS release, Apple says there are a few changes from the developer preview. The keyboard shortcut for Siri is now holding the command key and the space bar, rather than hitting the function key and the space bar. Also, you can now use the Auto Unlock feature to unlock your Mac by authenticating with the Apple Watch. This feature is part of watchOS 3.

These aren’t the final releases of the operating systems. Those come out in the fall. But if you want to see what’s to come for the next year, now’s your chance. Just know that this is pre-release software and some things might not work right.

To try these public beta releases, visit beta.apple.com and follow the instructions.