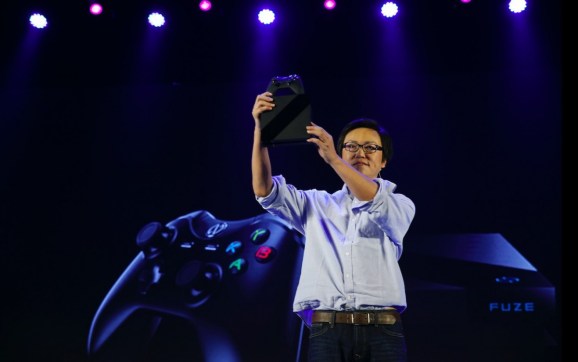 Several Chinese companies are getting introducing their own consoles.

China already has the largest gaming market on the planet, but most of that is on PC and smartphones — especially since the country banned consoles for 15 years. Now, the television screen is about to get in on the action.

By 2020, 21.5 million people in China will play games on their television screen using a console, an over-the-top box, or app-enabled “smart” TV, according to research firm Niko Partners. In 2015, only 7.8 million people played games on their TV. Niko is predicting a compound annual growth rate (CAGR) of 22.3 percent over the next half decade, which would represent an enormous surge in spending. Last year, China surpassed the United States and Japan as the top gaming market with $21.2 billion in game-related revenues, according to intelligence company Newzoo. And the growing console and TV space could benefit already massive entities like Tencent even more.

The biggest thing that TV gaming will bring to China is a significant new avenue for spending. Niko notes that spending on TV-based console, OTT boxes, and smart TV games only amounted to $196.9 million last year. But the firm predicts that a 41 percent CAGR should lead to $1.1 billion in TV-game spending in China by 2020.

Fueling this growth is the introduction of two microconsoles from top Chinese companies. Tencent launched its TGP box, which is a Windows 10 computer running on Intel hardware. It runs popular free-to-play games like soccer sim FIFA Online 3, role-playing adventure Monster Hunter Online, and Tencent’s own League of Legends MOBA. The other new device is the Tomahawk F1 from Fuze. It is an Android-based microconsole similar to the Ouya that has lifted the look and interface of a PlayStation 4. It comes with a controller that has lifted the design of an Xbox One gamepad. Like with the TGP, Fuze is promising to support a number of popular free-to-play PC games and more.

The goal for the Tomahawk and the TGP, according to Niko Partners founder and manager Lisa Cosmas Hanson, is to offer an audience that is getting into gaming because of their smartphones a way to get in on some of the bigger traditional games.

“These consoles are based on Android but unlike any other Android-based TV-box, they have a strong focus and investment on midcore and hardcore titles and have price points lower than Xbox One and PS4,” said Hanson. “They also will offer many more titles than have been approved so far for Xbox One and PS4.”

As for Sony and Microsoft, the growth of TV gaming in China is potentially huge — although competing against companies like Tencent might mean that potential is never realized. The PlayStation 4 has already outsold the Xbox One four-to-one in that country because it has a lower price point. Additionally, the Chinese government, which has to approve all foreign games, has given the thumbs up to more PS4 releases than Xbox One launches.

Fuze and Tencent, however, are going to nullify the PS4’s advantages. The Tomahawk and the TGP are both less expensive than Sony’s or Microsoft’s systems. The Tomahawk, for example, is about $140. The PS4 sells for closer to $475. On top of the price difference, Tencent and Fuze are going to have a much easier time getting games approved.

So as China finally starts turning to the television for its gaming needs, don’t expect that market and that revenue to turn into anything too significant for outside companies.