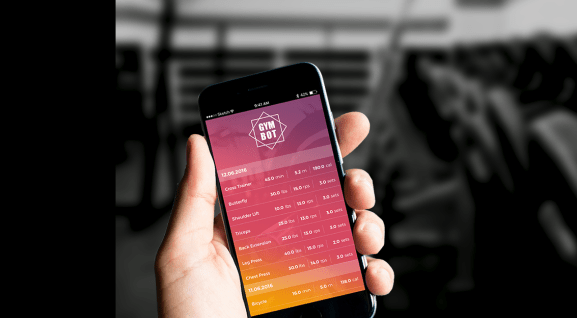 The first thing I do every morning on my phone is search through a SproutSocial feed.

I’ve been using the app for years, but it can be a bit tedious. I flick through the same monotonous retweets generated by people who have automated their own feeds. I look for new followers and check a few data points, like total tweets sent in a month. SproutSocial is a good app, and it shows me a lot of worthwhile information, but I have to swipe and flick my way through a mountain of data.

The app is a brilliant way to scan through all of my social media feeds, including Twitter, LinkedIn, and Facebook. It also allows me to post simultaneously to each one with a single post. I’ve been using it since 2009, which is about fourteen million years in terms of an internet lifespan. It’s not that the app is getting old, but I have wondered at times if there’s a better way.

I’d like to interact with the app. “Did any influencers retweet my posts?” “Am I adding more followers in the last few months than I did at the same time last year?” “Has anyone commented on a post who seems irritated or upset?”

This kind of natural language processing is not available yet in the app, and a bot would have to do some heavy lifting behind the scenes to give me the most valuable results. It would have to know what an influencer is; it would have to understand what an irritated comment looks like (not that they are hard to find); and it would even have to understand my intentions. For example, I usually care more about the people who add a comment to a retweet than those who just click a button and don’t think too much about it. That’s not a hard trick for A.I., but it is a bit elusive.

I’d like to be able to have a normal conversation with the bot about some tough questions. I want it to mine the data for me, all from a simple chat window. I don’t want to see any more graphs or stats. I want a bot that can parse the data for me. My follower counts are trending up, or my posts are being retweeted more often. This would put us firmly into a post-application state. I’m not sure what this future smartphone would even look like, because the chat interface could be remarkably simple, and such a device might not even need a touchscreen or a screen at all. I know the idea of having the same iOS 25 home screen in 2045 seems pretty far-fetched. Bots will replace apps, and soon.

In the past, I’ve wondered how long we can sustain this current app model. I have installed a few hundred apps over the years. I can’t keep managing them all. They aren’t all valuable enough for me to even keep them on my phone, but I do sometimes go find them again and add them. I use them for a while, get tired of babysitting the data, and delete them again. I only have a handful of apps I use on a daily basis (like SproutSocial and Skype) but even those “important” apps get tedious to use.

Ironically, I’ve been using the Amazon Echo more and my apps less. I don’t have a weather app anymore. I ask Alexa about the weather. I know I can’t “take her with me” although there is an Alexa app, but I like being able to ask her a question even if my phone isn’t around.

The true brilliance of the conversational interface is that it can reside anywhere, not just on your phone. Someday, we will converse by text and voice with our cars, our homes, and anything else we own. Maybe it will be one bot, maybe several, maybe an army. What I do know is that the A.I.-assisted bots will save us time, save us from constantly flicking through a social media feed, save us from staring at a map with a small plane hovering over San Francisco. We’ll type: “How long until we land” and get an intelligent, informed response.

Some of these innovations are already here. I booked an entire trip recently using a chatbot, and the bot managed to find a cheap daytime flight. Expedia recently added a chatbot, as well. There are 11,000 chatbots in Facebook Messenger. The future is emerging.

Now, it just needs to help me figure out how to delete more apps.