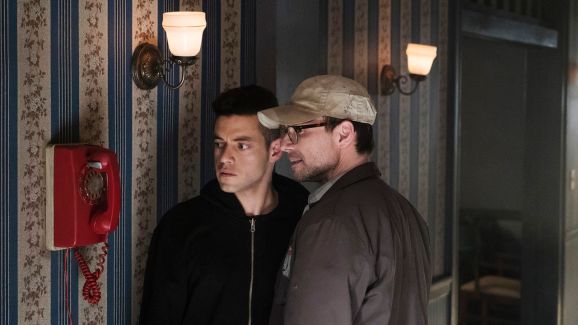 In a special treat for fans of the award-winning show “Mr. Robot,” USA Networks leaked the first episode of its second season online, but only for a limited time. The cable network posted not just a trailer or teaser, but the entire show on Facebook and Twitter. The fun only lasted until 10:20 p.m. Eastern, but the official premiere will be on July 13.

Following the show’s exciting season finale last year, anticipation has been building — what will happen to its protagonist Elliot? To further tie the hacker-themed show to current technological affairs, in the days preceding the season premiere, “Mr. Robot’s” marketing team has been hosting sessions using Facebook Live and taking advantage of other social platforms, including Twitter, Snapchat, and YouTube.

This isn’t the first time that the show has debuted its premiere episode early. The inaugural show aired on the internet hours before debuting on TV. Even then, the show runners had established a digital plan to promote the content wherever people consume video, including on YouTube, iTunes, Amazon Prime Video (now branded as Amazon Video), Google Play, Vudu, Xbox Video, Twitch, and many others.

Since its debut, the show has won numerous awards, including multiple Golden Globes, a Peabody Award, and a Critics’ Choice Television Award. It even marketed itself to geeks, nerds, and technology aficionados at last year’s South by Southwest Interactive festival, with stars Rami Malek, Christian Slater, and a recreation of the giant ferris wheel from the series.

USA Networks has since pulled its tweet advertising the first season, but if you missed the preview, you can watch the premier on July 13. And if that’s not enough for you, the show has its own emoji keyboard you can download for iOS and Android devices.

"You hack people. I hack time."

@Jay_Joelle Our time was limited tonight, friend. We have more battles to fight on Wednesday. #MrRobot