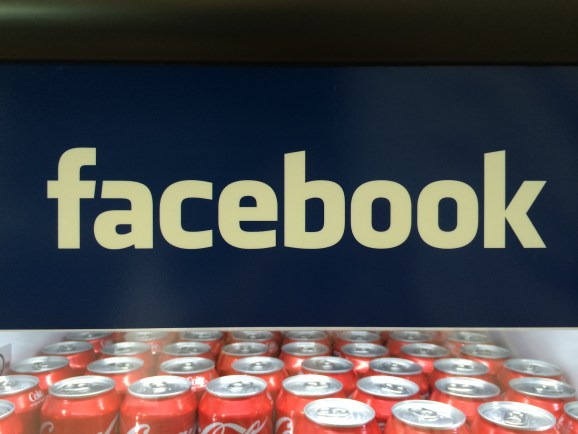 Facebook wants to make it easier to plan and attend events with your friends. The social networking company has launched a pilot program that lets you purchase tickets to interesting gatherings directly from its site and app. It has partnered with Eventbrite, whose integration is now live, and Ticketmaster with a focus on “a number of single-tier, General Admission events in the U.S.”

This program is being tested on Facebook’s desktop (not mobile) site, and iOS and Android apps.

“Millions of people use Facebook to discover and learn more about local events,” said a Facebook spokesperson. “In our research, we’ve found that some of the top reasons why people don’t go to an event are because they found out about it too late or they didn’t know who else was going. In addition to giving people meaningful social context around events they might consider attending, this pilot will allow people to make ticket purchasing on Facebook easier and faster, especially on mobile devices.” 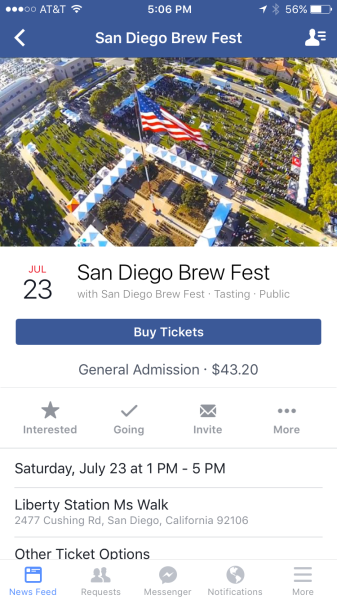 Event organizers can already add a “Buy Tickets” button to their event, but that is more of a click-through action, meaning that all the action behind the transaction takes place on a third-party service. This time around, you’ll be able to at least start the registration process before completing it elsewhere — the integrations are a bit different between Eventbrite and Ticketmaster.

With Eventbrite, your payment information, name, and email address will be provided by Facebook, so all you need are two taps to complete the checkout process. The event registration company said that it’s providing a QR code to attendees directly within Facebook to make it easier to access the tickets. Some of the early events taking advantage of this offering include the San Diego Brew Fest and the Uncorked NY Wine Festival. Eventbrite claimed that no revenue share exists between itself and Facebook.

Ticketmaster offers a similar approach, except we’re told that no QR code is offered, and you’ll be redirected to the ticket provider’s site to complete the purchase.

“We are committed to innovation that helps organizers sell more tickets,” said Eventbrite vice president of product Laurent Sellier. “Meeting consumers where they are spending significant time online and then enabling a seamless purchase experience for them right there and then is an important step in this mission.”

While it’s convenient that you won’t have to jump between apps or sites as much when booking tickets, this is also another opportunity for Facebook to keep you in its site. By doing so, the social networking company will be able to glean more data about users, like which ones actually converted to purchases. It will then be able to trade advertising off of that information, as well as surfacing other events you might be interested in. So while there’s no current revenue share in place, Facebook still reaps benefits.

Partnering with Ticketmaster and Eventbrite also gives Facebook significant reach, as these two companies have quite a bit of the market share.

This pilot program is only available to those in the U.S.